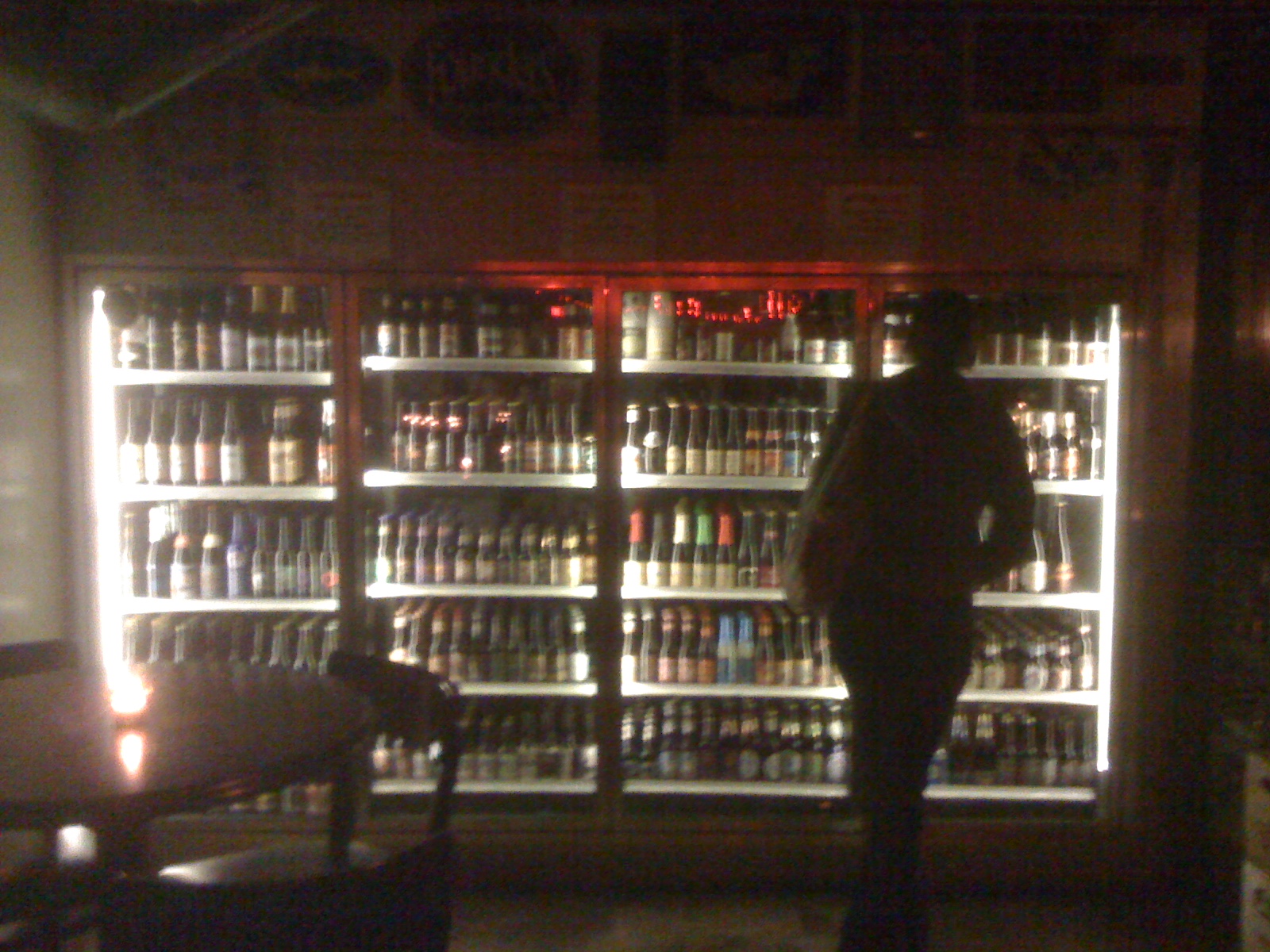 Chowbacca! would like to congratulate La Cav du Vin in Cleveland Heights, Ohio for making this year's Top 100 Beer Bars list according to Draft Magazine.

La Cave often has more than 270 different beers (including sake, which La Cave correctly classifies as a beer) in the bottle, and regional rarities on tap. Unsurprisingly, they also sell wine.

Located below ground at Coventry Yard Shops on the corner of Euclid Heights Blvd and Coventry Rd, the bar definitely feels like a cave. But with full liquor service and warmed English bread cheese (one selection among many), it is inviting.

Our recommendation is to avoid the weekend crowds and go in for "happy hour." If you are lucky, you might catch a wine rep demoing new products and get snared into an impromptu mini-wine tasting.

Regulars (meaning nice, good tipping folk from the neighborhood) are often invited to join the staff in ad hoc outings to local restaurants and wine events. Everyone on staff loves to share knowledge, none more than reigning king of La Cave du Vin and bearded mad man Erich Lasher - a bona fide expert in all things beer and Epicurean.

Local chefs and service industry movers and shakers frequent the bar, and it has been rumored that more than a few celebrity chefs have dropped in from time to time.

La Cave du Vin's storied past has not hindered its ascent to being a Cleveland night life institution. We should know: the majority of the current roster of Chowbacca! denizens are La Cave du Vin alumni.

To the relief of some and the lament of many, our lips are sealed.
Email Post