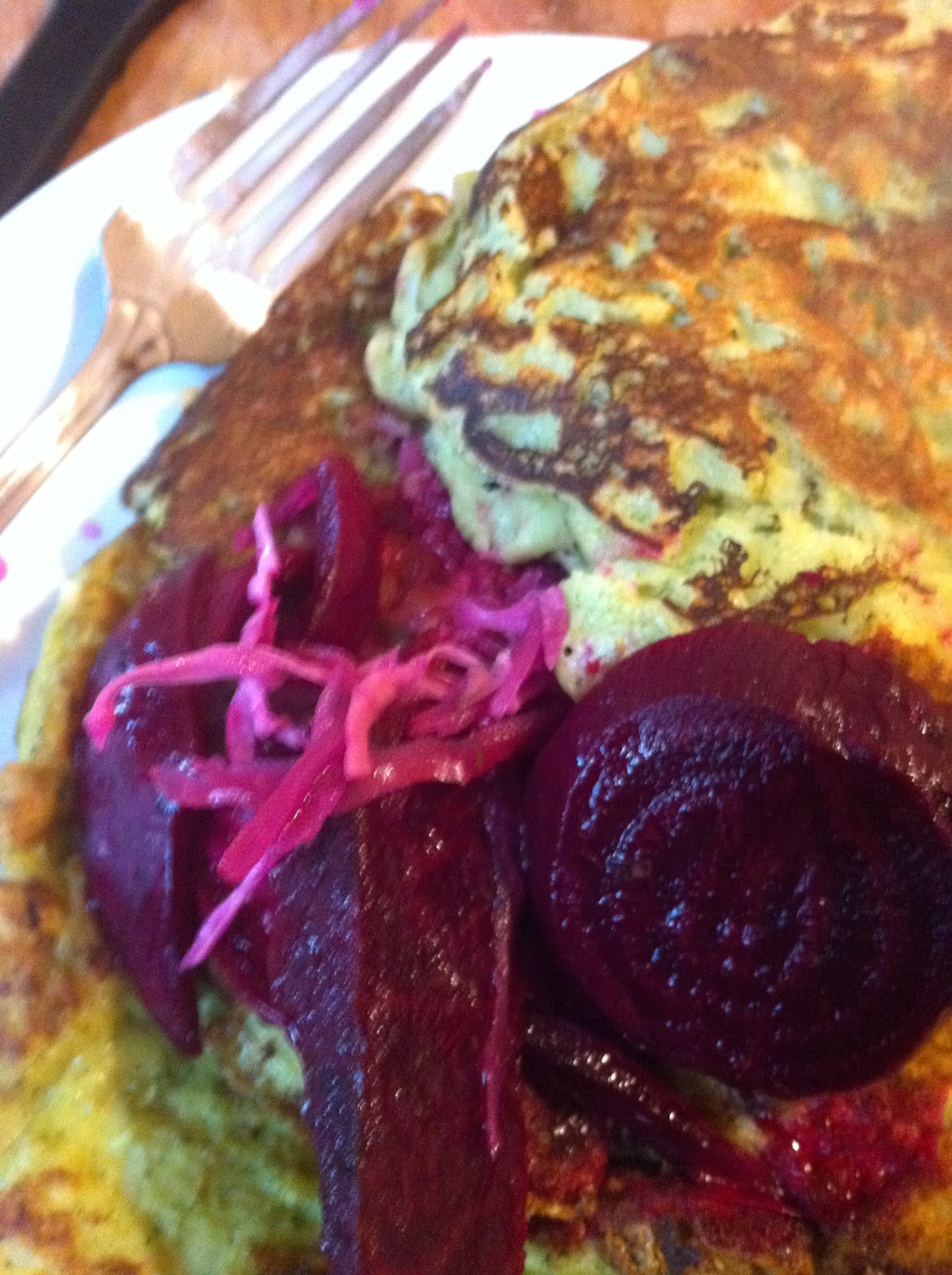 Broccoli. You love it or you hate it.

If you were like me, your history with broccoli is bitter-sweet. Both my grandmothers and my mom enjoyed cooking the life out of the poor things.

I'm not sure who made it first but between holidays in Stow, my mother's parents and Akron, my father's mother, bizarre applications of the deep green florets in the cabbage family would take form.

A mayonnaise application of broccoli, curry and raisins was a common side dish at Thanksgiving or Christmas. Ironically, when my (although we had not the term in the late 1980s) "foodie" uncles re-interpreted the dish, lightening the dressing, kicking up the spices in the curry, using dried cranberries, adding almonds, cooking the broccoli properly, the dish transformed from a bland 1950s version of exotic food murdered at the well-meaning but heavy handed and over-zealous boiling of my Scottish and German grandparents into a light, slightly off kilter vegetarian-friendly side dish.

Most of the broccoli I ate came in the a Campbell's soup can, or out of a frozen plastic bag, cooked until the green became a muted drab and the air was thick with sulfur. It was over many years of tweaking the holiday recipe that I began to appreciate broccoli's potential. It's use in Chinese-American food (the east side of Cleveland has several surprisingly authentic examples of) further awakened me to the possibilities broccoli represented. I recall the Frugal Gourmet Jeff Smith's enthusiasm for the vegetable, and broccoli is truly a frugal choice when on a budget.

I made broccoli soup recently, in the manner of one Chef Gordon Ramsey, which is to say the soup has exactly three ingredients:
I froze the results after hitting it with ye olde stick blender (everyone should own one, and I recommend the more expensive 350 Watt motors). This morning I thought I'd make pancakes with the left over soup. 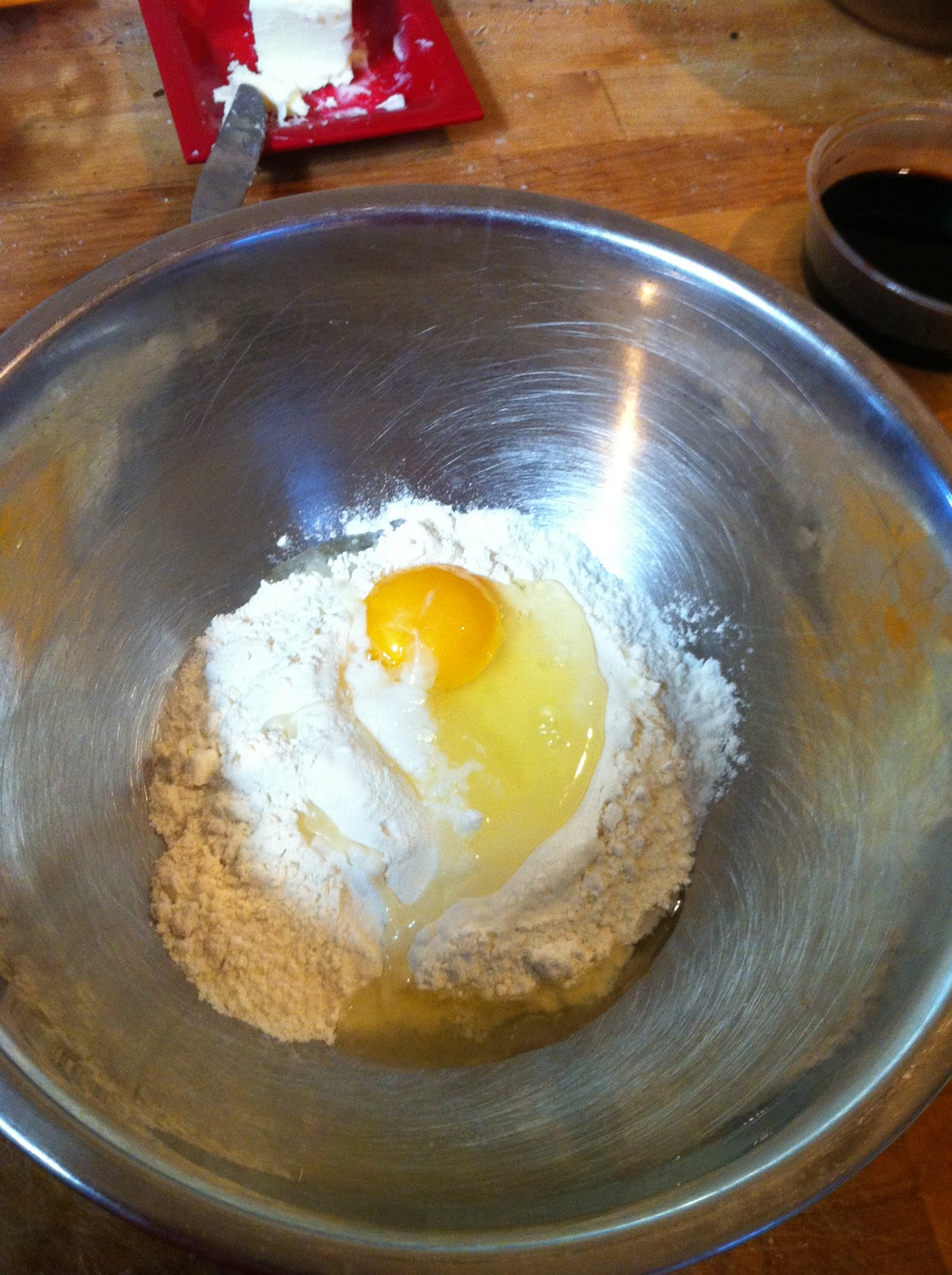 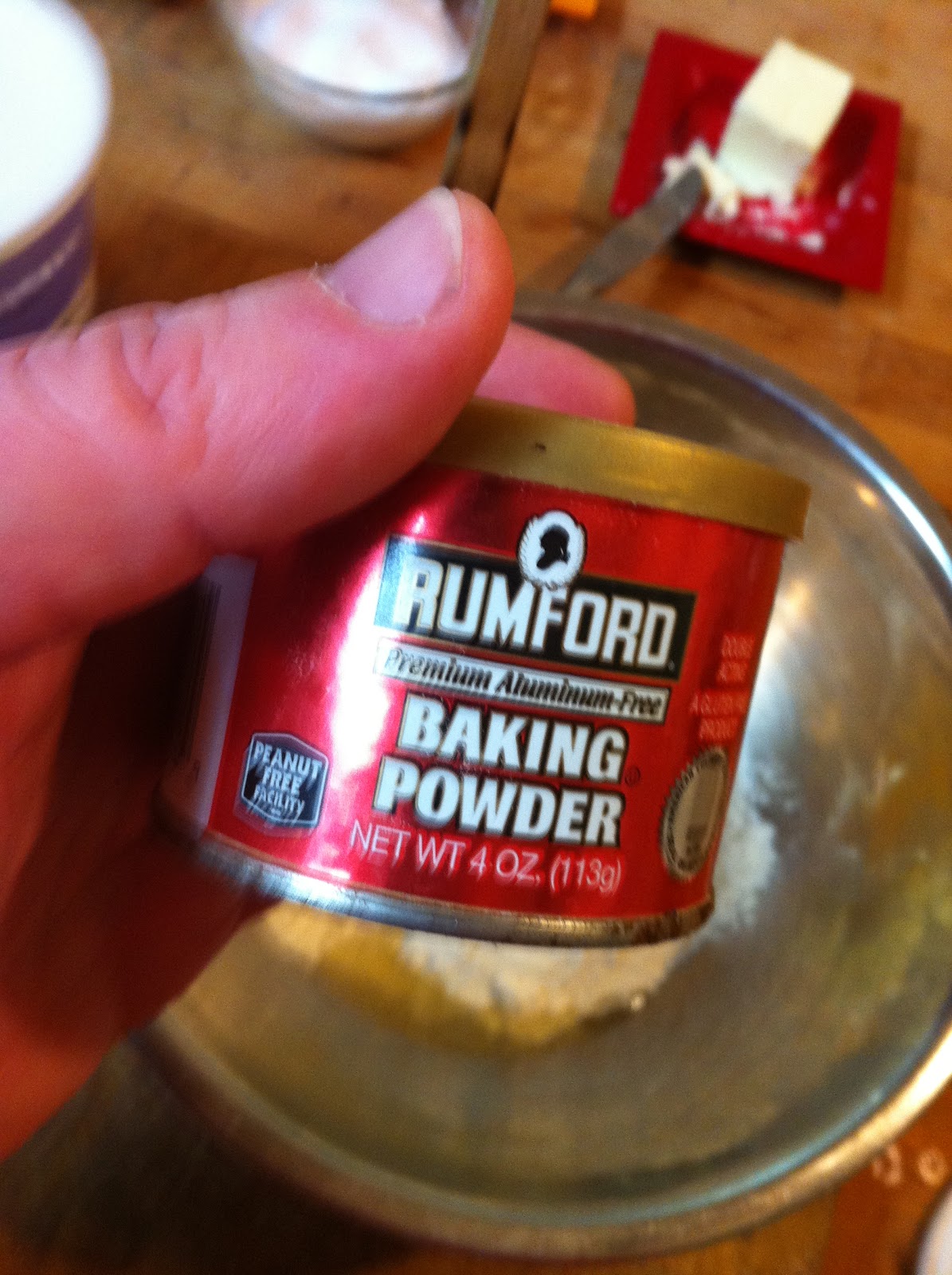 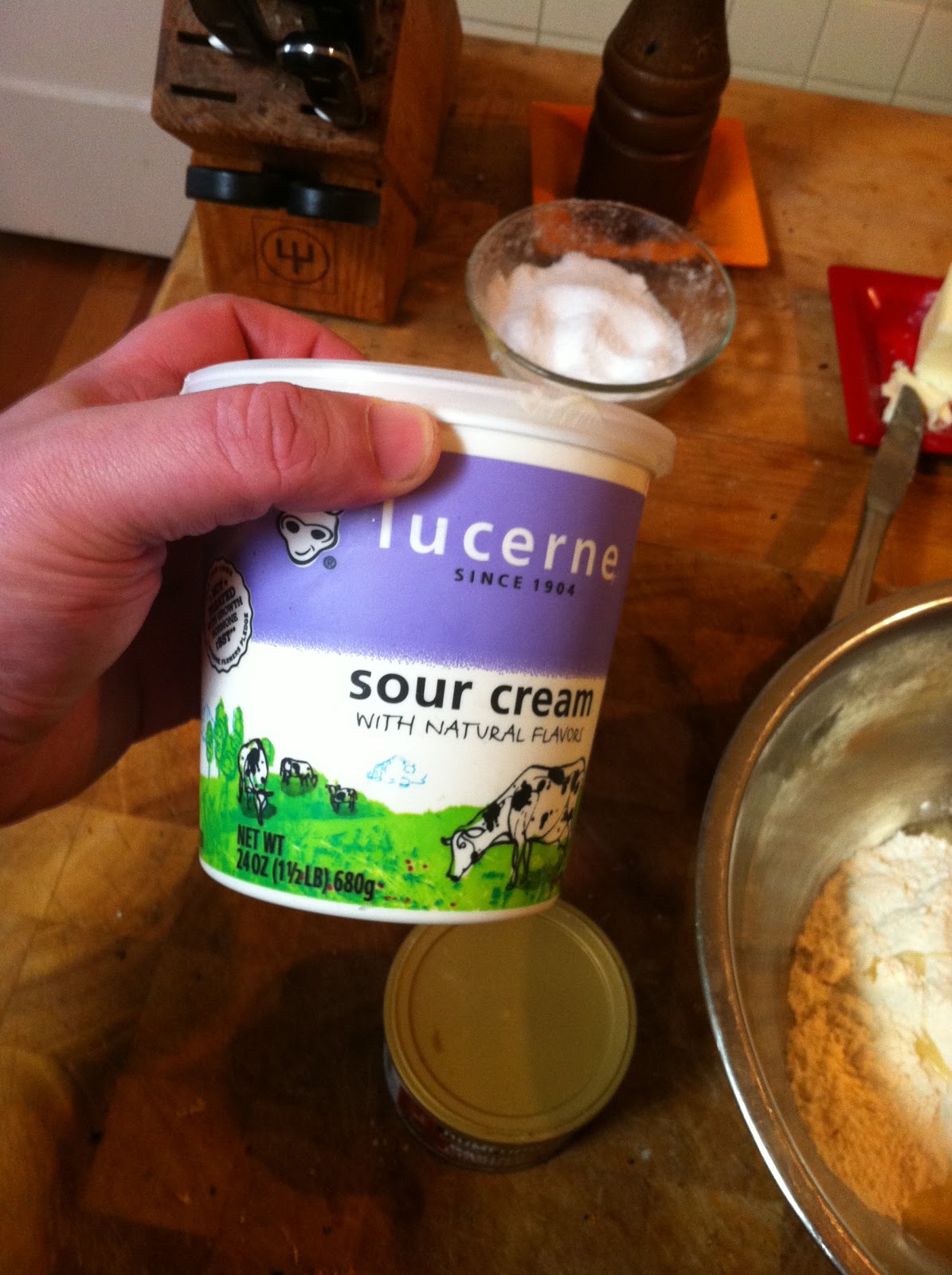 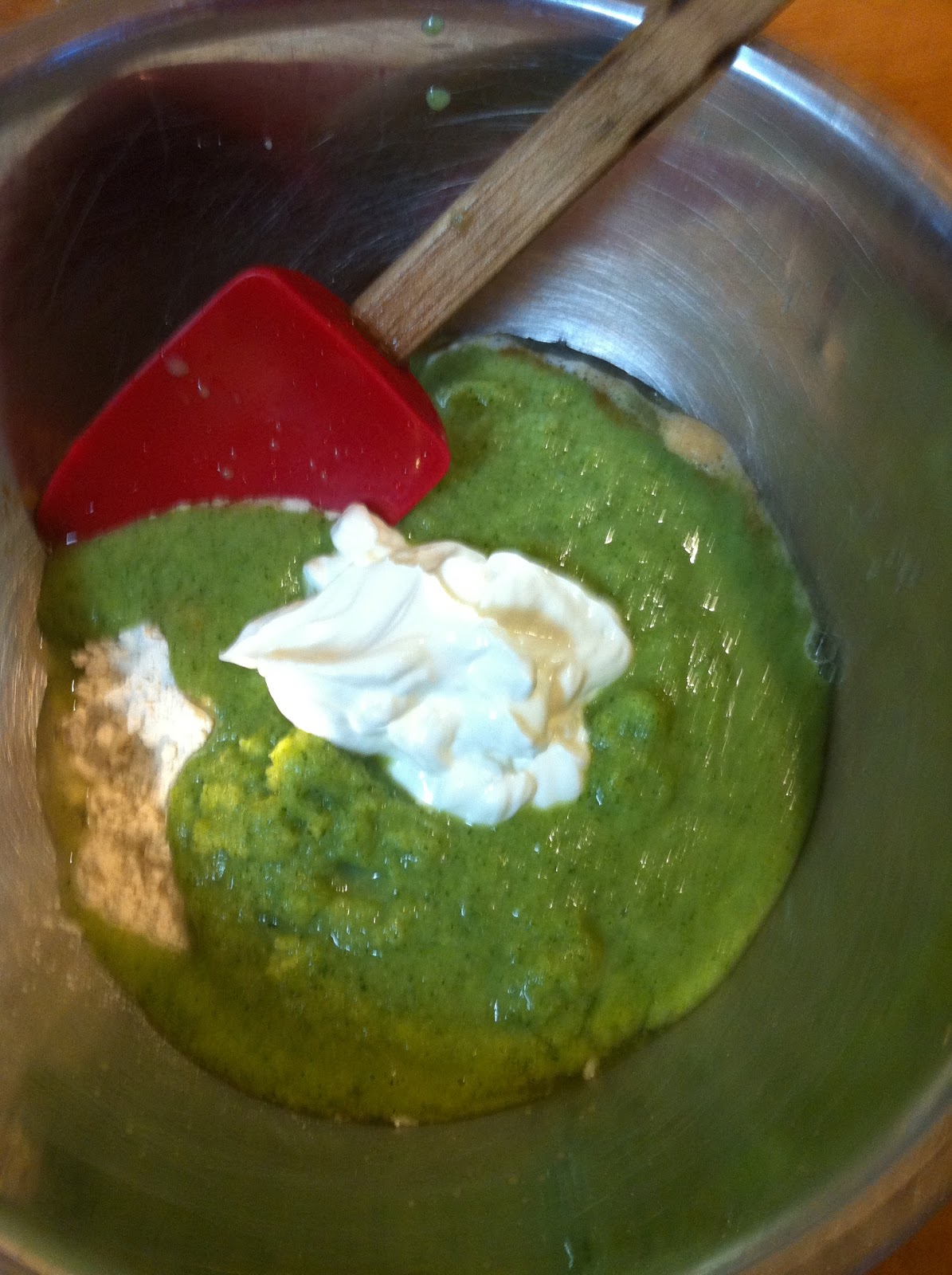 For lack of exact measurements, let's assume we're looking at: 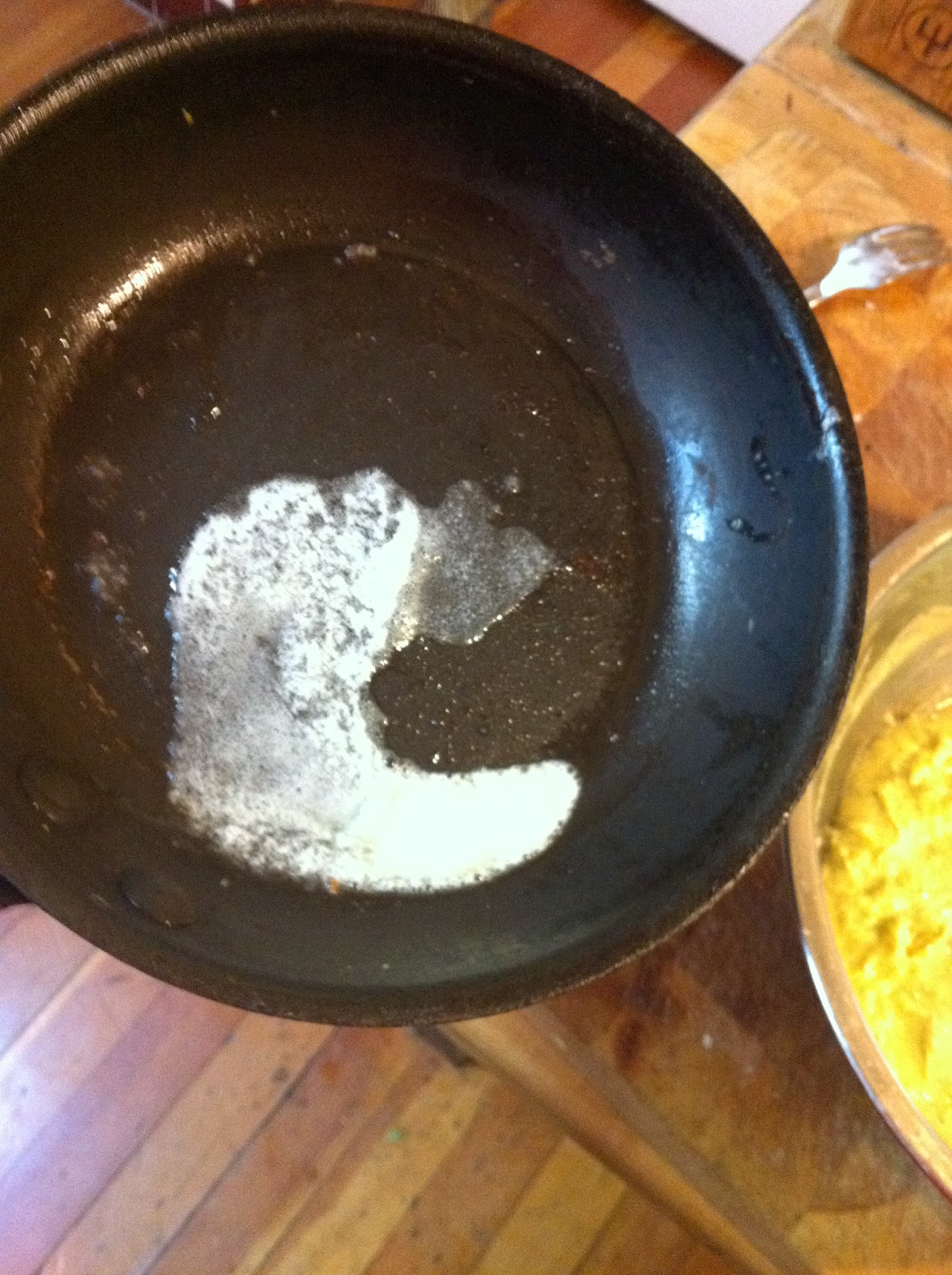 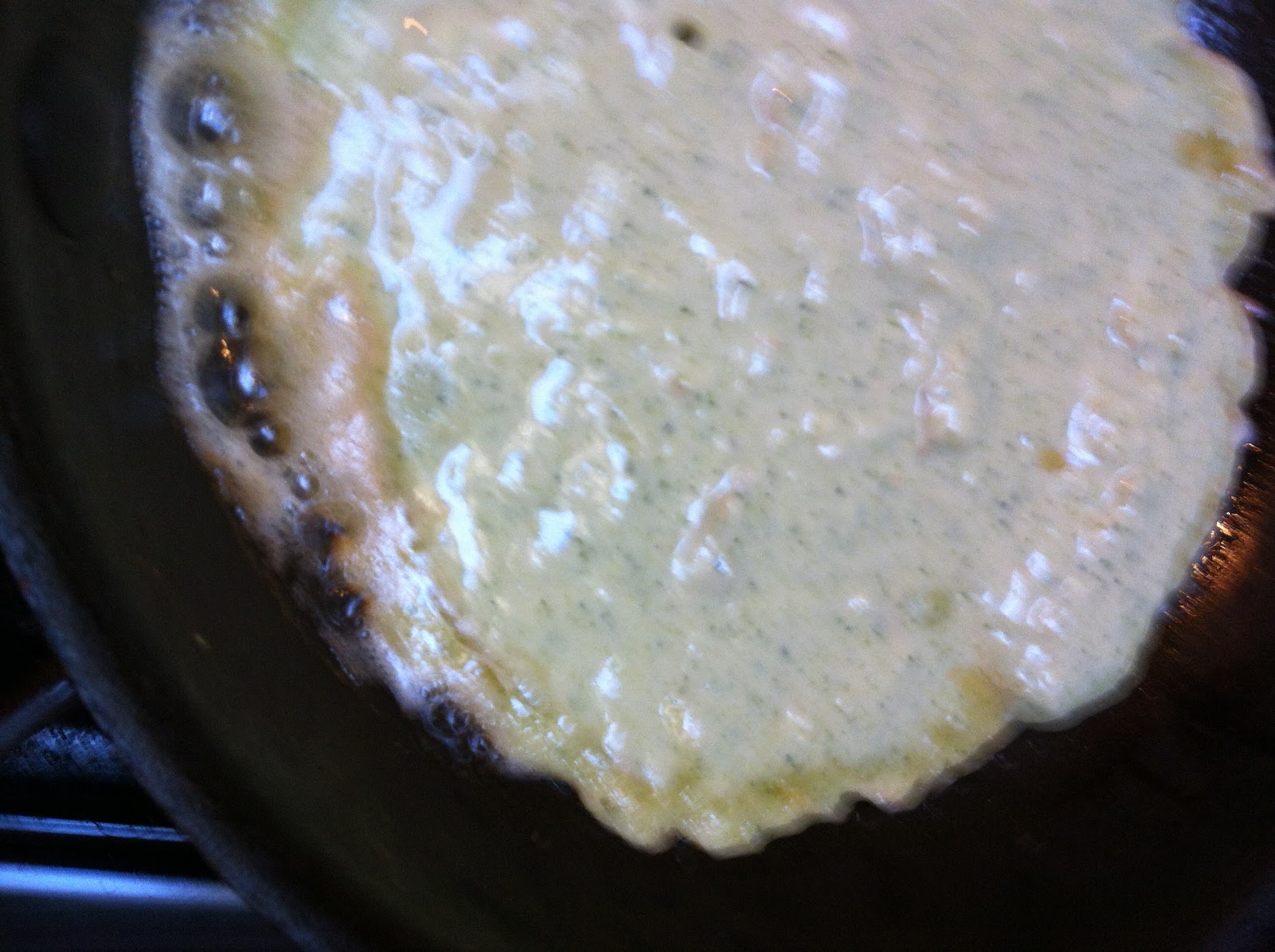 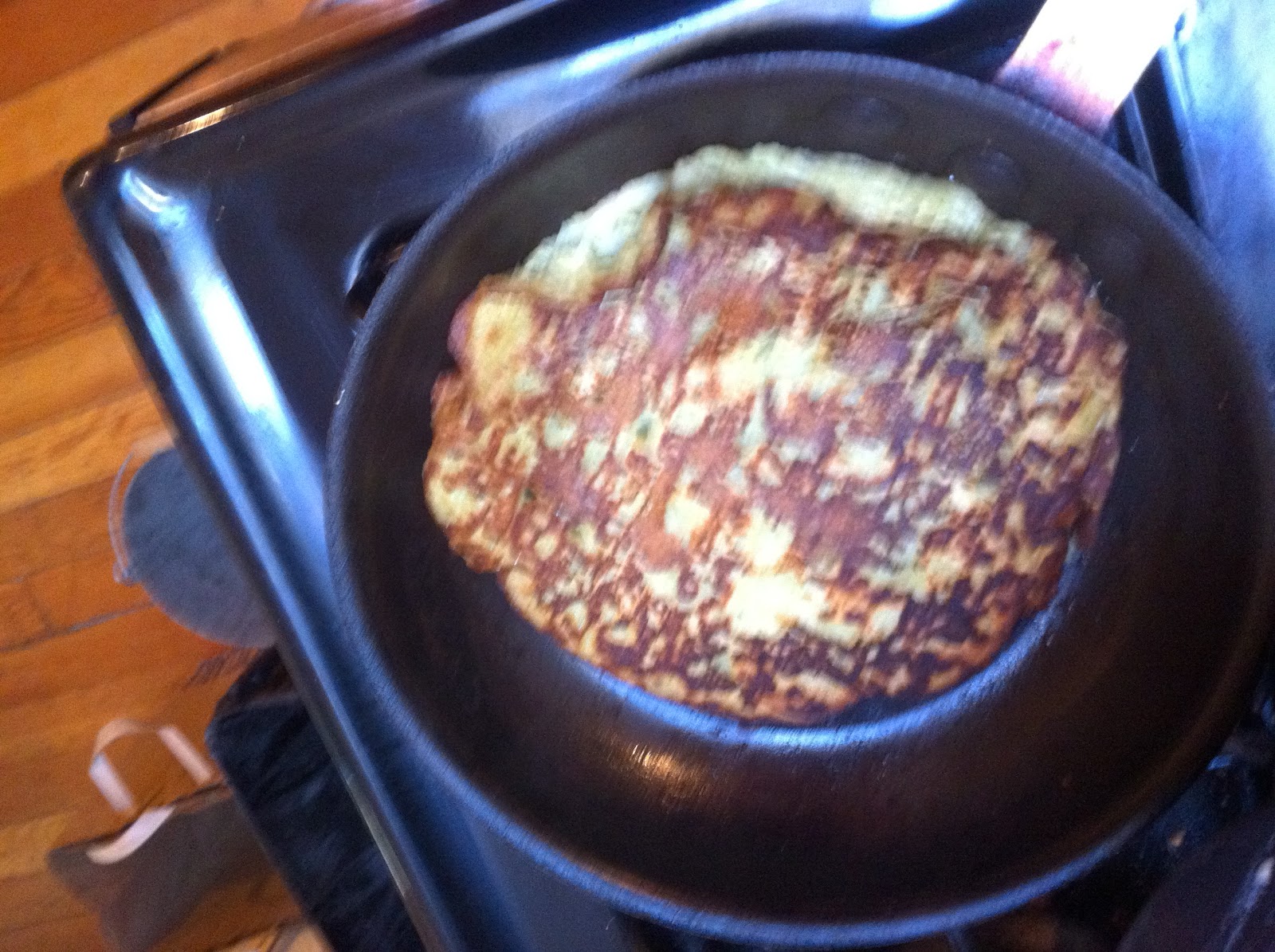 Cook like you would any other pancake, over medium-high flame. I've garnished mine with red-cabbage sour kraut and Wolfsam's Meats Kentucky-style bacon: 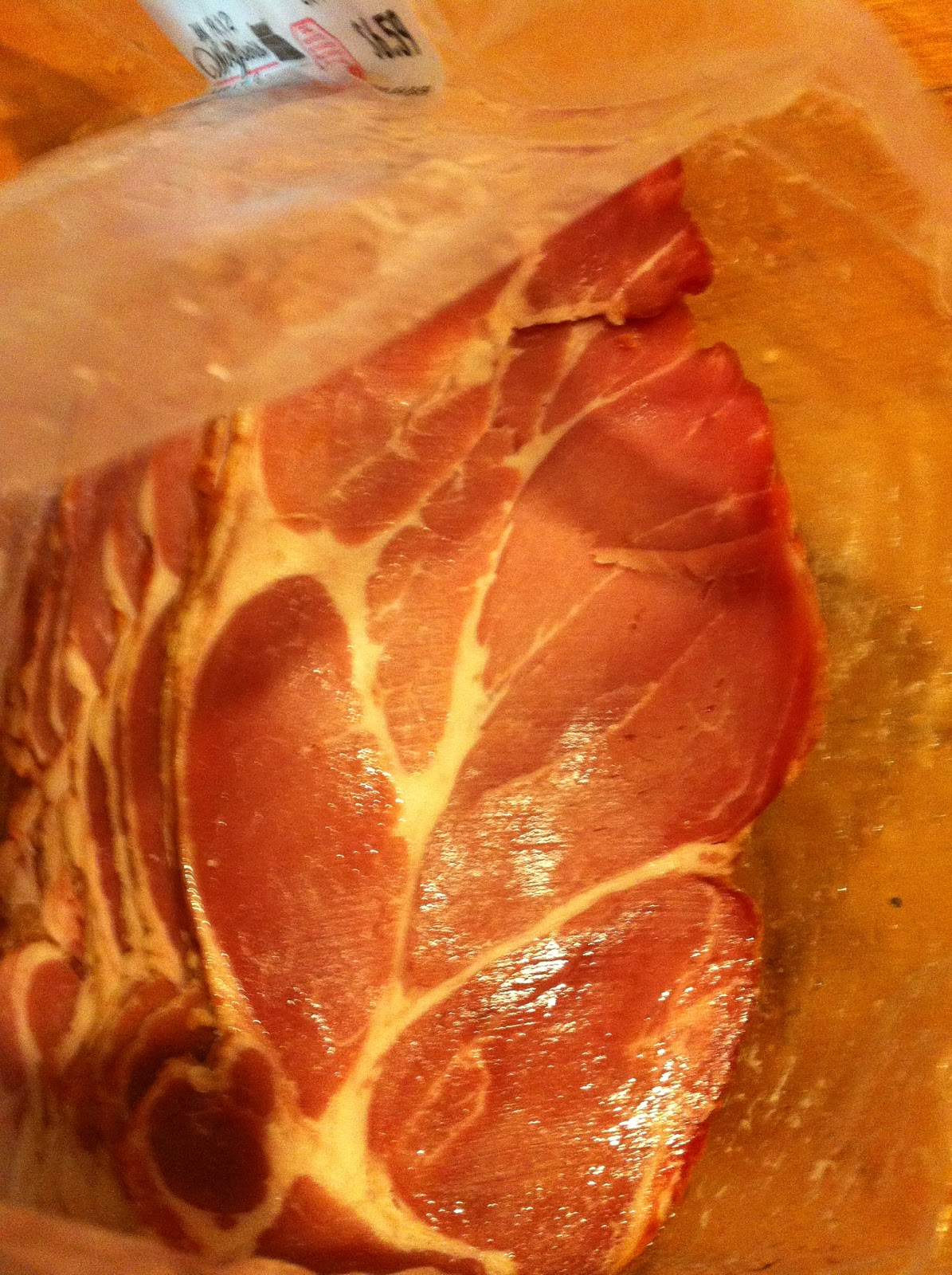 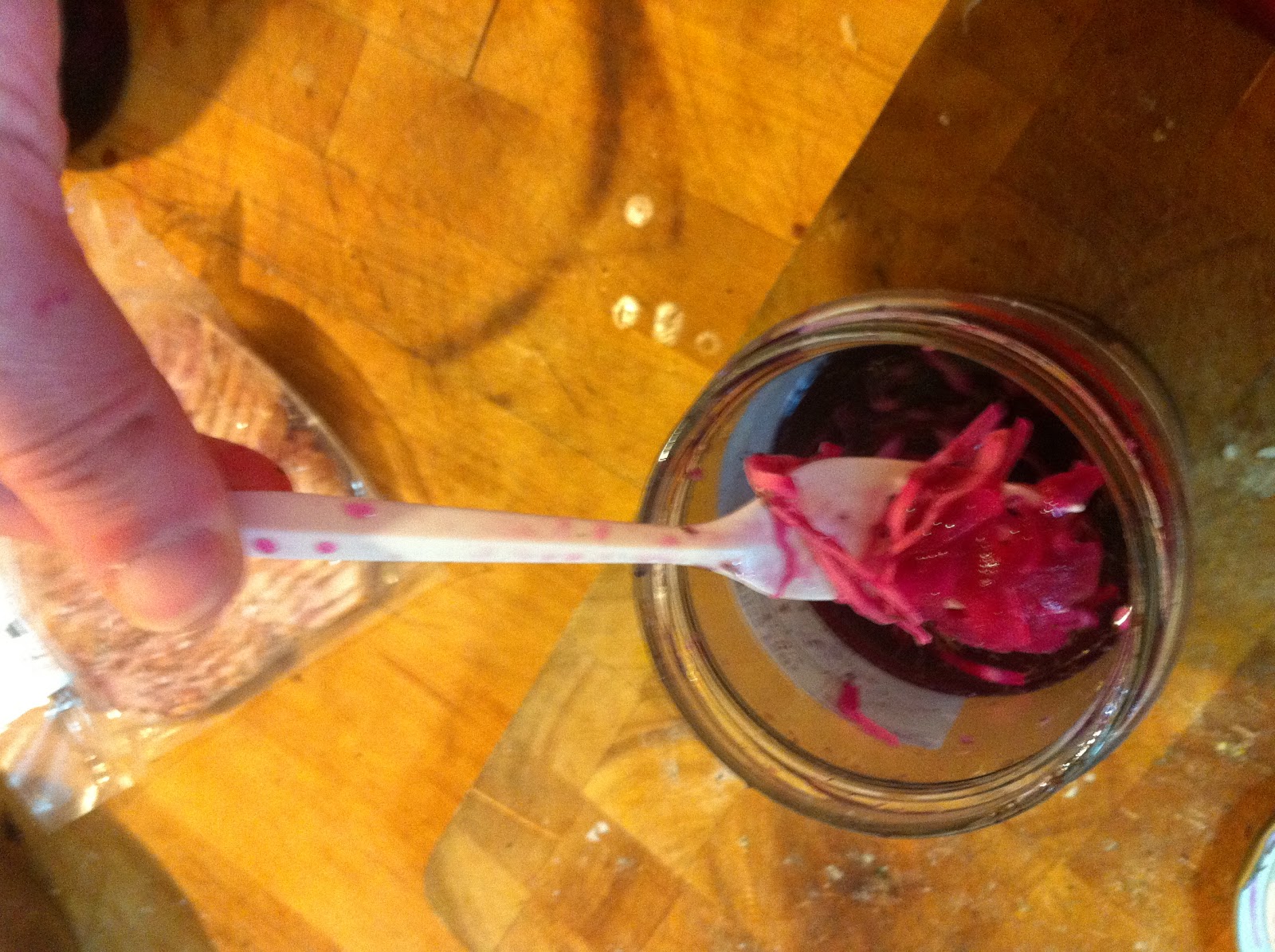