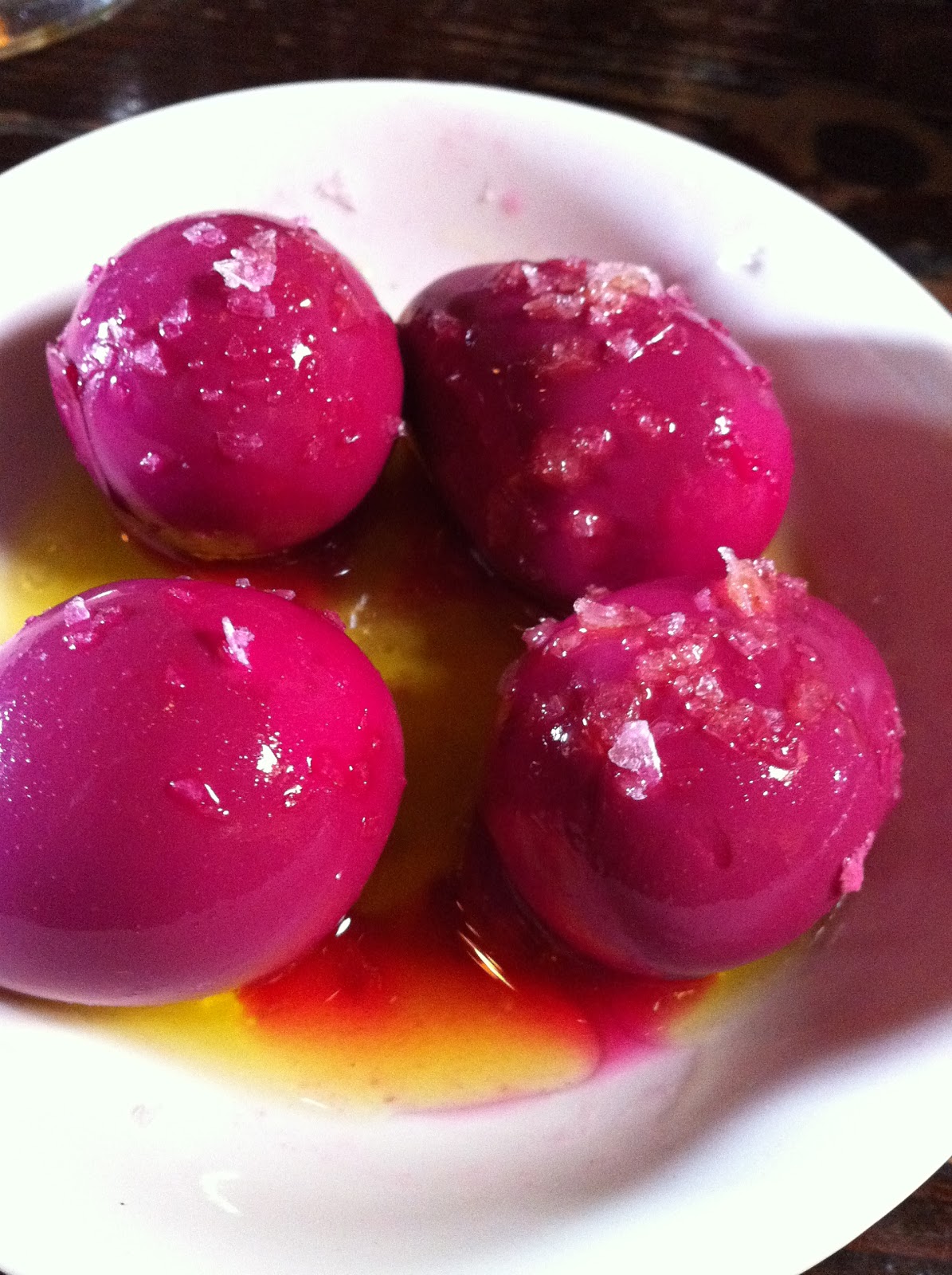 Sometimes nothing else will do but pork belly and a stiff drink for breakfast, and that's why The Alembic (1725 Haight St.) in San Francisco's Upper Haight is my secret go-to brunch. Between when they open at noon and about 3 or 4PM on a given Saturday or Sunday, there is ample space at the bar and metal on the house stereo.

Normally, I would discourage anyone from wasting their time with the schlocky free-love fakery of the Upper Haight and its infamous intersection of Haight and Ashbury. It's where ill-informed families of tourists can over-pay for Ben & Jerry's, a non-local, East Coast mass producer of ice-cream targeted at those who still listen to Darkstar with the black-light on.*

Ten years ago you could have thrown a brick through the glass window of the original Gap store, which is a local company employing thousands of San Franciscans, but sadly they closed their historic store because gutter punks and hippies are assholes.

Hippies are assholes, I said it. The 1960s are over, get over it. I hate hippies. Sorry. Black bloc are jerks. I said it, come and get me punks. Anarchist screw heads, get off my lawn.

Of course, you won't find any hippies on Haight and Ashbury anymore but you will find tourists, junkies, burnt outs and Trustifarians.

But I digress. Don't go to the Upper Haight as a general rule, but do go to the Alembic - during off hours - and help yourself to a Pisco Sour ($9) or Gin Fizz made with real egg whites, just like real drinks used to be served back before Americans became afraid of their shadows. Do order the pickled quail eggs, dyed magenta from a beet juice brine ($2), the shishito peppers, fried and sprinkled with house-smoked salt, and the chips served with house-made yogurt foam.

Far be it for me to suggest future menu items, but I would run and not walk for an upscale interpretation of a certain east coast fast food establishment's famed mini-slider often lauded by the Beastie Boys. Let's call it the "chateau blanc". Mas oui!

Rounding out the menu: duck hearts - good, rockfish sandwich - great, cheese board - often a good selection, but not a great value for the price; there's usually at least two vegetarian options (a salad and a warm small plate) in addition to the shishito peppers. Quality and price vary. I had wanted to try the porcini and truffled broth with egg custard on a recent visit but was persuaded to have the beef hash with poached egg.

Considering the damage I had done to myself the previous night, this and a couple of gin fizzes was what the doctor ordered. 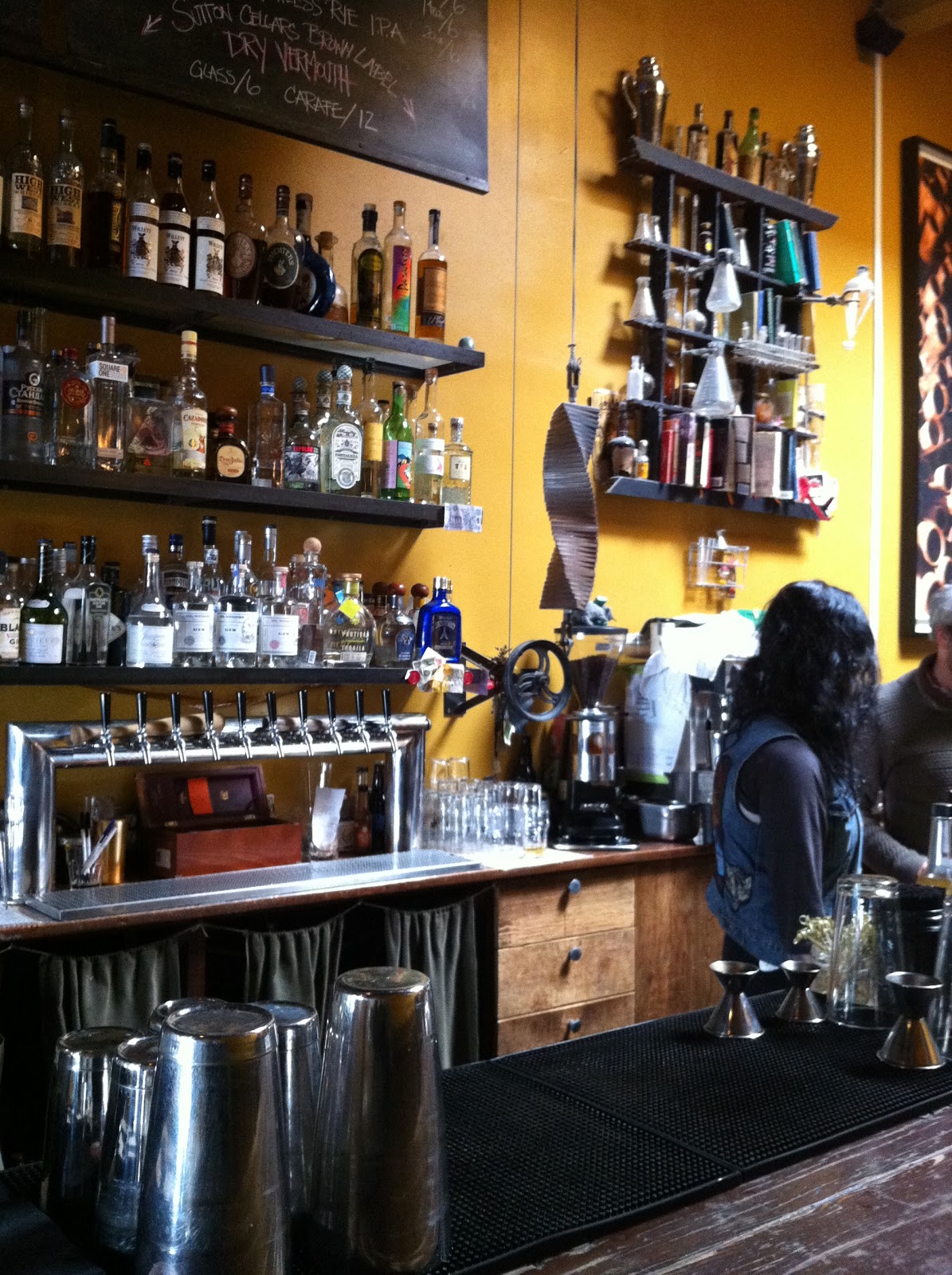 The Alembic has an impressive collection of whiskey, including a number of Japanese varieties, a number of very nice Scotch whiskies and of course a great many Bourbons. There are even a few of the "corn liquor" variety - un-aged pot still whiskey in the style of moonshine. Similarly, there are a great many agave derived selections, both in tequila and mescal form.

The Alembic usually has about 8-10 regional beers on draft and dozens by the bottle. "Beer cocktails" can be found for a limited time during Beer Week (February 10-19 2012) in San Francisco. 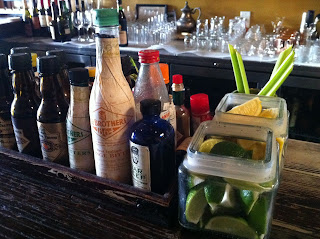 If you must go during the dinner menu, do yourself a favor and get an order of the roasted bone marrow. It almost makes the evening crowd tolerable.

* I'm not disparaging B&Js so much as to say there are far better and more local options** for ice cream in SF. I love "Americone Dream" as much as the next American (and So Can You).