Put THIS In Your Shamrock and Shake It

But we at Chowbacca! not only thought that we could build a better mousetrap than the green concoction that comes out each March (look, I'm as confused as you are -- what does mint ice cream have to do with college ball?), but also wondered if we could do it without any dairy whatsoever.

We thought we'd try to make an iced "cream" without any animal products whatsoever (except honey, which I guess makes it non-vegan...which means I can live with myself and sleep tonight).

So, after our staff lunch at Mission Chinese Food (you gotta get the cold egg custard with sea urchin, and the veal rib is stupid good...stupid stupid good), I headed to what I have termed in my head the "Hipster Ethnic Market" since all I see in there is PHP developers and their graphic designer girlfriends buying fish balls or cactus leaves.

It's actually a place called Duc Loi Supermarket, and it's on 18th and Mission, and it does indeed serve the community. It is almost exactly split into 50% Latin ingredients and 50% Asian - achiote paste, fish balls, nam pla, lime leaves, calamari en sus tinta, queso cotija, kimchi, Tapatìo and my beloved krab sticks.

Duc Loi is a magical place, hipsters be damned.

I grabbed a couple of items that I knew I was going to need and headed off to the lab with missus 99% Bittersweet.

Not Quite Vegan Shenanigans Ice "Cream":

Combine the syrup, sugar, mint and 1 can of the coconut milk in a saucier and bring to a boil.  Simmer for 5 minutes covered, then remove from heat to cool for at least 30 minutes.

Place the banana, avocado, honey, salt, and remaining coconut milk in a large pitcher and strain the cooled mint mixture into it. Toss in the small handful of mint leaves.

Hit this without mercy with your stick blender until smooth and then chill, preferably overnight.

Process in two batches in an ice cream making machine; cold from the fridge, it took us about 20 minutes for the first batch and 20 minutes, 6 hours later, for the second. If you have a large capacity ice cream maker (1 quart and up), one batch should be fine.

Add the olive oil (approximately a couple tablespoons per batch) when the mixture goes into the ice cream maker: the extra fat will produce a texture more in line with traditional ice cream. And it's always a bonus to get raw olive oil, which is anti-oxidant and vitamin rich, and contains good cholesterol.

The ice cream needs to harden for several hours in the freezer after mixing. By the time you are ready to mix the second batch, the first batch is ready to serve.

You can also make milkshakes with coconut milk (and whiskey!). Suck on that, McDonalds! 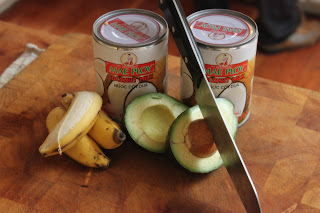 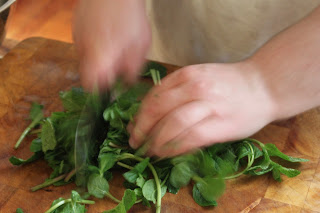 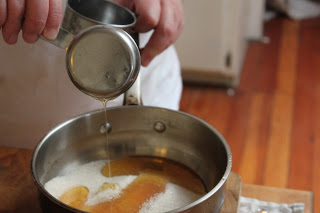 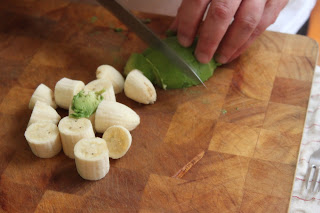 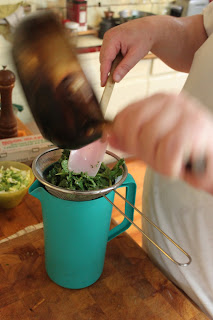 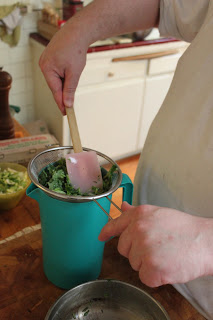 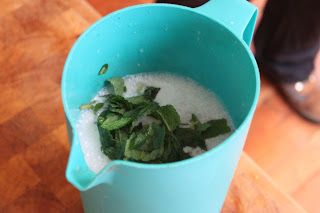 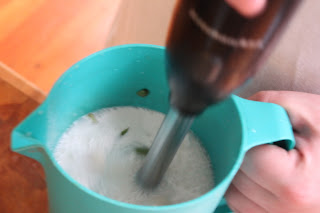