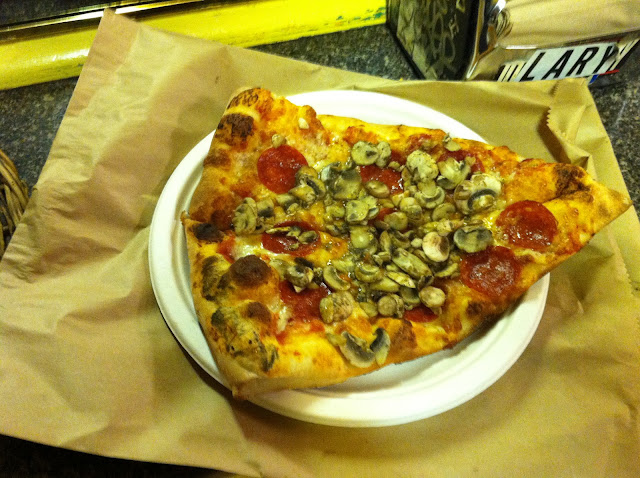 This pizza was a happy San Francisco discovery from living in the neighborhood of 16th and Valencia, and I would have almost missed it entirely had a local plumber who frequented our beloved Kilowatt not been in the habit of ordering slices and pies to the bar late at night. So thanks for that, Dennis.

Déjà Vu pizza is a medium-crust pie, a nice crisp crustiness to it with a chewy crumb, and a thick, deep sauce with hints of rosemary.

Walk in for a hand-made, cooked to order slice or order carry-out.

Try the chef's special: 15 small, very tender meatballs simmered in marinara and topped with a handful of cheese served with garlic bread. 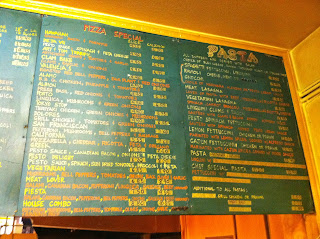 If New York thin crust pizza is more your speed you'll fare well at Arinell's in Berkeley and on Valencia in SF - a walk in, carry out shop. Delfina pays homage to New York as well, but getting a table is more of an undertaking.

Ohio ex-pats like myself coming to San Francisco will find familiar flavors in the pizzas of Cybelle's, similar to Mama Santas in Cleveland. The crust has a certain flaky quality, almost as if some fat was mixed in with the dough, and a generously applied thick tomato puree with minimal additional ingredients.. maybe garlic, maybe onion. I believe Mama Santas sauce is milled, I can't vouch for Cybelle's. Both pizzas are fairly greasy.

Escape From New York has several shops around San Francisco, but I wouldn't necessarily say that their style is very "New York." It is delicious, however, so give them a try sometime - simple pepperoni and mushroom is a good choice, but I also like their combo of sliced meatballs, tomatoes and cheddar cheese. 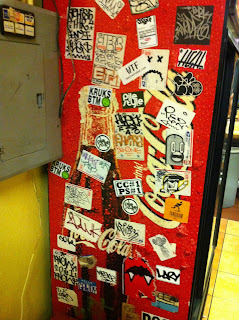 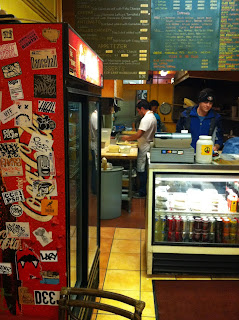 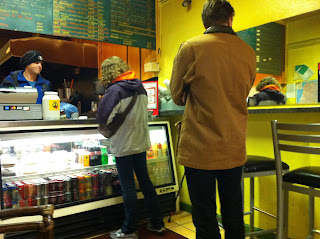 The Cheese Board in Berkeley and Oakland can't be beat (and they are worker owned!).

Although pricy, Potrero Hill's Goat Hill Pizza in SF serves the most authentically SF pizza I've had, complete with sourdough crust. Goat Hill eschews the austerity of East Coast pizzas and drifts into West Coast "culinary clown car" theory of toppings, offering a variety of imaginative combinations (although none as inventive of "Indian Pizza", a good example of which I am still searching for and a subject that deserves an entire blog entry).

Goat Hill also has excellent sandwiches, served of course on sourdough baguettes, as well as a couple of dinner salads that are very California: dried currants, sunflower seeds, mesclun mix, pitted olives, feta cheese and to tie everything back to Ohio, all the salad dressing choices are from Shaker Heights native Paul Newman. 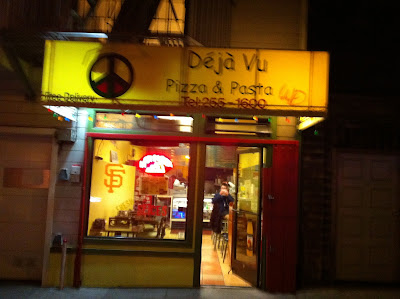