All cooking is chemistry, Harold McGee (Noe Valley resident!) opened my eyes to that epiphany years ago the first time I picked up "On Food and Cooking: The Science and Lore of the Kitchen". McGee has opened many people's eyes: Michael Ruhlman, Alton Brown, every CIA graduate that ever was since his book was first published nearly 30 years ago (first edition, 1984), the entire "molecular gastronomy" movement.

McGee will feature prominently in many of my posts. He's a humble man ("I was just a lab scientist with some questions about food") who stated the obvious: all cooking is chemistry - chemical reactions between compounds, sometimes accelerated or changed by heat, acidity, alkalinity, oxidization and hydrolysis.

The first chapter I read was about bread making, because to me, bread is magic. Bread is religion, it's the alpha and omega. Bread is art...but most of all bread is science.

You don't need an emersion circulator or an anti-grill to show off the science of bread making. In fact, you don't necessarily need to understand the science - we've been taking advantage of cavorting wee-beasties like yeast and lactobacillus acidophilus for millennia.

Knowing something works but not why is often referred to as tribal knowledge - it's passed down from person to person in a meme that the water from a particular source makes a crusty, chewy bagel or certain flours make the best pasta, the best pizza dough, the best croissants. That butter from the morning makes a better biscuit than from the evening. That dough rises better when it's hot and humid, gets more sour when it's damp and cool. That a little left over dough from one batch of bread can be used to "start" a new rise in a new batch of dough.

Northeastern Ohio's border is defined by, well, a lake. A lake that was formed as glacial ice sheets retreated 10,000 or so years ago after the last ice age, depositing minerals and water into a rift formed some 1.2 billion years ago when two tectonic plates split forming a mid-continental rift.

Either way, science, tectonic plates, ice ages and glaciers or "man in the sky", all this fiat left the region with mineral rich water...dissolved lime stone and other minerals (iron, zinc, etc) making the water particularly "hard".

This is a trammel for home owners: it takes forever to wash off soap in the shower, the stall and tiles constantly needing to be cleaned of mineral deposits, pipes clogging up with same. Water filters have half the expected shelf life of their soft-water counterparts.

But that good Ohio water is great for making bread (even better for making whiskey).

I can only assume that Chefs Paul Minnillo and Matt Mytro of Flour Restaurant, in Moreland Hills, Ohio, are more than passingly familiar with McGee and the chemistry of baking. It's clear they also grok the fullness of the tribal knowledge of the vast canon of Italian manipulation of carbohydrates: bread, pizza, pasta, gnocchi and gnudi and so on.

--
Paul Minnillo is famous for saying "fine dining is finished in Cleveland" in 2010 when his Baricelli Inn closed after 25 years. "Not because we're closing," continues Minnillo in a July, 2, 2010 Cleveland Plain Dealer article, "I don't mean you can't get excellent food here. It's just very difficult to succeed in that category today. People just don't eat that way -- lots of courses, and hours at the table -- anymore."

Of course, this is exactly what we did at Flour Restaurant on a recent Tuesday night*.

Minnillo has garnered numerous awards and accolades for the Baricelli Inn.

The Inn, which has reopened under new ownership as "Washington Place Inn," still operating as an inn with a focus on more casual, New American cuisine.

While the food is good, it's not the multi-course, prix fixe glory of it's former incarnation.

Flour soft-opened about a year after Minnillo left Little Italy for Moreland Hills, Ohio, nestled among a number of destination eateries along Chagrin Road just short of the Cuyahoga County line.

Instead of competing against a younger crowd in the restaurant-dense East 4th area, it's as if Minnillo is saying: come and get it, I'm still here!

This approach appears to be working: just under a year after their soft open, the restaurant now seems  a bustling operation.

Minnillo has settled on former Boulevard Blue chef Matt Mytro, who joined in the fall of 2011 as a temporary fill in.

The two make a terrific team and are putting out some of the best Italian "rustic" food in Cleveland.

I'm glad Mytro is finding his stride - his work at Boulevard Blue was innovative and hip but it wasn't always totally consistent, the younger Mytro's cooking style not yet settled in.

Maturity suits him, everything that came out of the kitchen at Flour was well balanced and well executed.

Flour may bill itself to be a "Rustic Italian" eatery, but the food is often revelatory: this is what a pork ragu can be, this is how fresh made cheese should taste, this is how you feature the best Spring butter lettuce.


Mytro and his pizza chef in action at Flour: 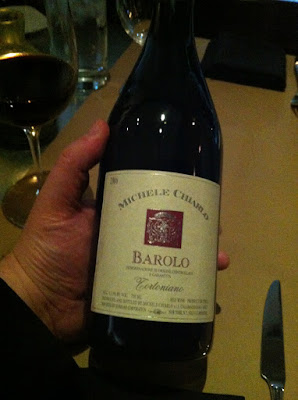 
Flour features a wood-fired oven that, according to Mytro, is usually fired up late in the morning and fed all day long through service. The average temperature is about 750-800ºF, producing wonderfully crispy bread and pizza crusts with moist, chewy crumb. 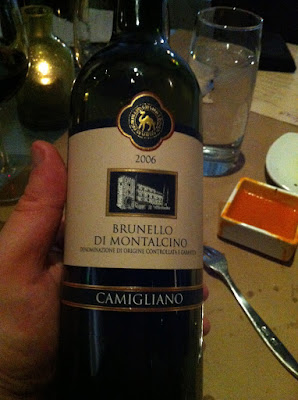 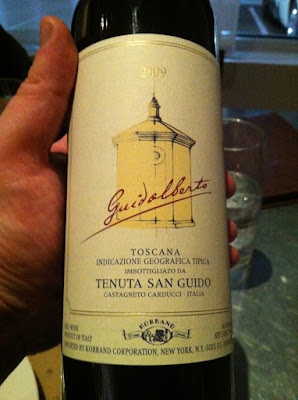 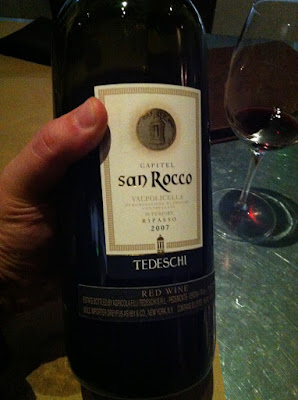