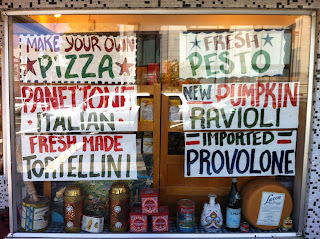 Tony Bourdain could have saved himself a lot of backlash (and misery hanging out in tourist traps) had he skipped the snark-filled visits to Haight-Ashbury or Union Square and gone straight to the heart of the Valencia restaurant row and grabbed a cold-cut sandwich at the deli counter of Lucca on 22nd Street.

I hadn't even planned on going to Lucca today, but I was drawn in by the bright red, green, and white awning and tempted by having time to spare while I had my wheels trued at Valencia Cyclery. 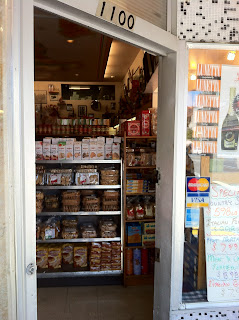 Lucca Ravioli Company has operated continuously for almost 100 years in San Francisco. And just like you don't necessarily get the best Chinese food by going to Chinatown (you go out to the Avenues), you don't always get the best Italian by hanging out in North Beach.

Il Cantuccio, gone but not forgotten. The red-checkered kitsch of Bucco di Beppo.

Go to Pazzia in SOMA, near the SF MOMA (onomatopoeia unintentional, we believe) and get light, hand made gnocchi or wood fired pizzas and get your wife or girlfriend hit on by the smooth waiters or the owner himself, as his wife glares laser-eye darts at you.

There's great food for the eating, but you have to get out of the prescribed district.

(Some of the best pozole I've have isn't in the Mission but it's near the intersection of the Castro and Lower Haight around the corner from Lucky 13.) 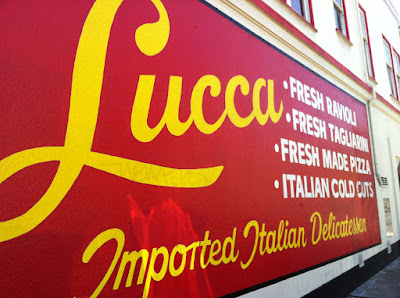 Unsubstantiated rumors hold that Lucca may have been the first importer of Fernet Branca to San Francisco, explaining the elixir's hold over the Mission bohemians who swear by it [guilty as charged - ed.]. Whether there is any truth to that, certainly Italians who came to San Francisco to fish, shipbuild, farm, and seek gold, brought with them their inky black firewater of death (kidding, I love Fernet).

You can get a 750ml for under $20, cheap! Lucca also has a large selection of imported Italian wines (and some local - Paul Minnillo will probably feel empathy with the plight of their wine buyer, but when in Rome...).

As I mentioned, the deli counter is open all day long and during lunch a long queue can form for sandwiches.

I stopped in and grabbed some local Provolone, a bottle of Prosecco and some "00" flour. What devious plans do I have for these? Stay tuned. 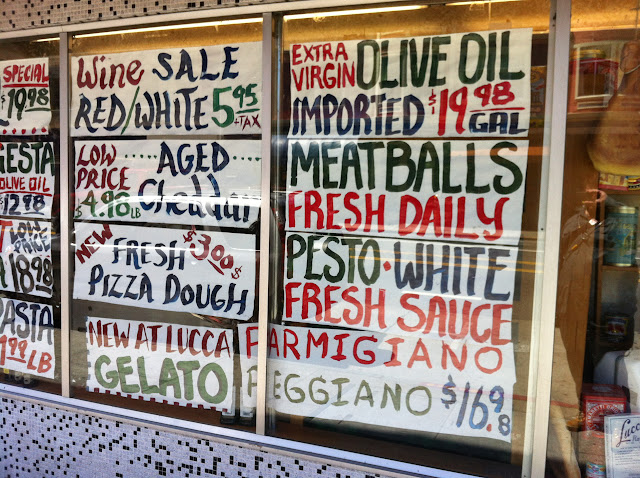