Skip to main content
Labels
Posted by Dottore Gus May 09, 2012 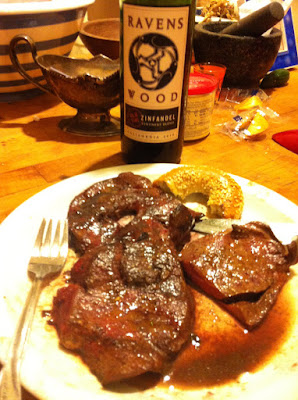 I find myself at an ethical and moral crossroads.

As a food writer, it is my job to not only entertain but also enlighten my readers about new and unusual foods they may not have encountered.

As a realist and cynic, I am afraid that if I hip too many eaters to this latest discovery it will go the way of the pork belly: Up in price ($12/lbs, can you believe it?).

Having promised my editors (sorry!) literally for weeks that I would do a thing about "duck confit" I dragged myself out of the house today, despite my severe allergies and their debilitating symptoms.

I made it to Olivier's Butchery in San Francisco's Dog Patch after calling ahead and making a plaintive request to hold however many duck legs they had.

The girl on the phone said they only had four -- to my delight she meant four packs of two legs each, not four legs.

Still, I was not satisfied.

I had to leave with something new, something foreign or weird.

I eyed the display coolers...livers, kidneys...those spoil too fast or are challenging to cook correctly. I needed something quick and relatively painless for Sunday dinner.

"That's a lot of duck legs you're buying," said the clerk with his signature Burgundy-colored chef's jacket.

"Confit de canard," I replied, as he nodded.

"So, tell me how would you do this beef heart?" I asked, adding, "quick sear on the grill or a long braise?"

"Oh," he said, "I'd just salt them and then sear them quickly on a very hot skillet or cast iron." 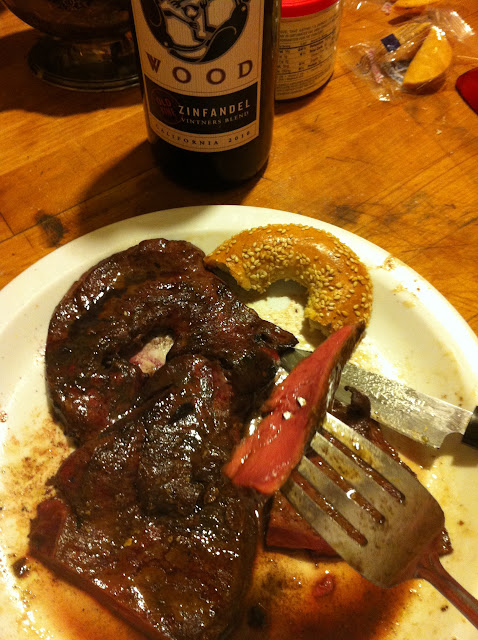 Salt the hearts well on both flat sides and let rest while you bring a cast-iron to smoking hot.

Lay hearts in the pan and let sear for 3 minutes, flip, then another 1-2 minutes.

Remove meat to a resting plate and de-glaze pan over medium heat with wine and vinegar. Reduce to 1/3rd volume then pour over hearts.

Slice hearts against the bias and serve after resting at least 5 minutes.

The acidity of the reduction should cut through any organ or game flavors of the hearts, leaving tender, meaty goodness and little after-taste.

If I start a trend, so be it. It's too good not to share.

Beef hearts, you heard it from Chowbacca! first...unless you are already hip to this: