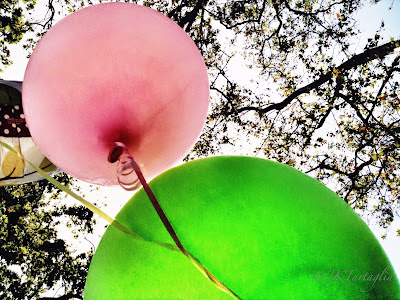 We found ourselves invited to a two years old's birthday party by one of my husbands hunting buddies. He is the proud dad of an adorable two year old.

I wouldn't know anyone at the party if we decided to go. The wife, whom had never met, has a big Spanish speaking family… I don't speak much Spanish. It had potential to be awkward.

Once I found out it was being held at a park, so the kids could play, I was happy to go, and even more so when I was told it was going to be catered (apparently the wife goes all out for parties). Once I realized I was off the hook for cooking Saturday's lunch, I decided I could deal with a little potential social awkward-ness for an afternoon.

My initial thought was it was going to be a BBQ because nearly all the parks in the central valley have bbq roasters large enough to cook a whole pig. Upon arrival, I soon realized there was no pig, bummer. For many hours, I was plied with beverages and participated in small talk and even embraced by a few older ladies like they had known me for life times. Eventually, I overheard that the caterers were on the way.

A cart affixed with hidden 2 propane tanks and wok-like pans rolled up late in the afternoon and two very busy gentlemen got to work prepping. There was a quick half hour of prep and then the line started. The savory Mexican spices teased me and made my stomach growl.

I made my way up to the cart and and asked for just two street tacos. In good fun, the cooks teased me, told me I was too skinny and assured me I'd be back for more. I was. It was too good.

When we got home, happily sun burned and full bellied, I realized I had completely forgotten about being in food blogger mode. I guess the hunger and sun must have fried my brain a bit. I didn't even get a picture of my taco. Luckily, my husband picked up a business card. As it turned out, a very vague and strange business card.  (If you are in the Central Valley, and need a party catered, call this Victor guy, you won't regret it. From what I understand, his prices are more than reasonable and you get to keep the leftovers.)


Much earlier in the day, I did manage to snap this picture of the cotton candy machine with my iphone, but that was waaay before the margaritas started. 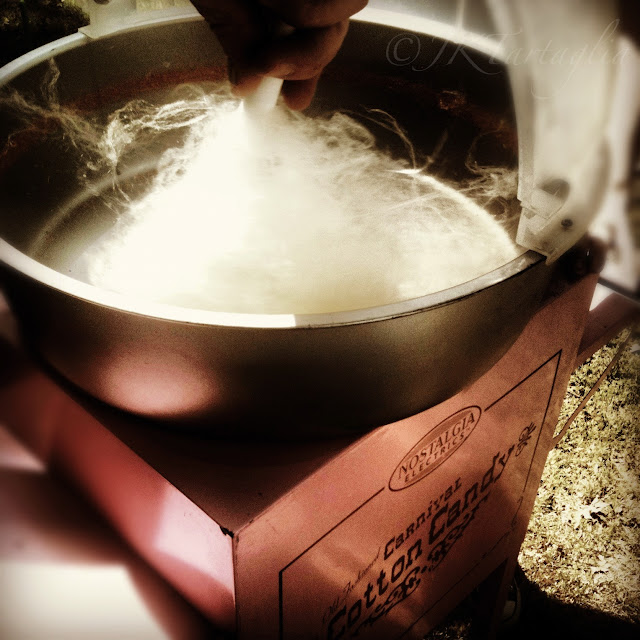