Skip to main content
Labels
Posted by Dottore Gus May 03, 2012

Warning: This post may contain coarse language, and coarser salt.

Like the martini or the burrito the true origin of the margarita may never be known (although everyone knows the burrito was invented in San Francisco, and anyone who says different is a damn, filthy liar).

The stories are apocryphal at best, but the best margaritas in the world are made in San Francisco and that is truth.

But there are good, bad, and strange variations on the drink.

The dreaded "frozen margarita". In the South West, especially Texas, much of the Gulf Coast, and notoriously San Diego and Tijuana, the drink is served blended in a special decorative glass (or more likely, plastic glass).

In much of Texas, the drink is served this way: up, blended, and neon green. Or worse. But, if you buy two or more, at least you get to keep your commemorative plastic cup.

In finer establishments in Texas (and by that I mean, for the most part, Austin), the drink can be found in its proper form: over ice, in a pint glass.

Next up is the standard margarita. By a large margin, the most common margarita is served in a whiskey tumbler or a high-ball glass on the rocks (or "over" for those of you who grew up out West).

The most common variety is the 3-2-1 Margarita: 3 parts tequila, 2 parts triple-sec and 1 part lime juice. Substitute vodka for tequila and you have a kamikaze. Switch cranberry for the lime, and its a cosmopolitan. Brandy, triple-sec, and lemon juice is a sidecar.

It is the most common ratio in modern cocktails, the foundation of an endless barrage of girly "martinis" and date-rape shots -- and remember it if you see a churning mass of half frozen sludge the color of deicer, because you'll be having yours "over" instead of up and frozen like the rest of the plebeians.

Of course, no one in San Diego has even seen deicer, explaining why they are not immediately averse to the "frozen" style of margarita.

If you have a sweet tooth, try a 666 Margarita: equal parts lime, triple-sec and tequila (6:6:6, presumably for 6 half jiggers of each). This is allegedly the original 1936 Margarita.

Well, we love tequila, but we also love a margarita.

We asked some local bar tenders for advice making this ubiquitous but oft varied cocktail: 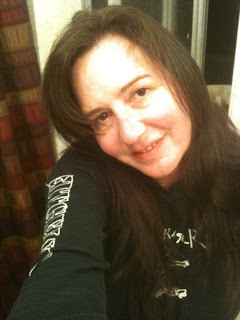 Mia hails from Milwaukee, Wisconsin and is, naturally, a Green Bay fan. We'll forgive her. We'll forgive anyone who has Wisconsin bratwursts shipped in frozen during football season. Recently, Mia worked Sundays at the gone-but-not-forgotten Mission Hill Saloon, as well as the gone-but-not-forgotten Ace Cafe. Currently she tends bar at the Mission Bowling Club and Mini-bar Divisidero.

Chowbacca!: Describe for us your favorite margarita recipe.

Mia: In a pinch, Herradura Reposado, but I prefer Cazadores Reposado, and it's relatively cheap. I use triple-sec, lime juice and home made sweet and sour. Mix it in a cocktail shaker with ice and seal with a pint glass then spank the hell out of it until it gets nice and frothy!

Chowbacca!: What's in your homemade sweet and sour?

Chowbacca!: What is your favorite tequila to drink neat?

Chowbacca!: Okay, just for fun, who do you have for the Fall Classic?

Mia: Oh ... anyone but the Yankees. [ General sounds of approval from the bystanders. ] I can't stand their fans, sorry.

I'd love to see the Cubs in the World Series.

Chowbacca!: And of course the Giants ...

Mia: No. Cubs make it to game 7 before getting rolled over.

Chowbacca!: How deliciously cruel! Do you have an opinion on Steely Dan?

Mia: They remind me of parties my Dad would have after my parents separated. I was 14 and he'd have me mixing up Scotch and sodas for him and his friends.

Chowbacca!: Ah, it all begins to make sense..

Mia: There may have been precariously placed mirrors stashed in various rooms.

Lotta hails from Kansas City, Missouri. I asked if that was short for Charlotte or Carlotta years ago when I first met her at the Kilowatt. "No," she said, "my name is actually Laura, but my mom is Mexican and has a really strong accent, so whenever she would call the school the way she rolled her 'R's made it sound like Lotta, and the name stuck." Lotta also first introduced me to a bar formerly called Sadie's Flying Elephant (sensing a theme?). Currently she only works happy hours (4-8) on Saturday and Sunday at Lucky 13, because she is otherwise busy raising San Francisco's newest, cutest little metal-head.


Lotta: I like to do four half limes...two whole limes. In the winter sometimes the limes are too dry, I'll add sweet and sour, but if they are nice and juicy then I'll skip it. I use Hornitos Reposado...that's the best for margaritas I'd say. It's not the best tequila, but its the best for mixed drinks. I use Grand Marnier instead of triple-sec.

Lotta: None, just Grand Marnier. And a splash of soda water. That's the key. That rounds it out.

Lotta: El Partida or Espolon. Hornitos is the best for margaritas.

Chowbacca!: How about the World Series?

Rick Beach: I shall prevail!

Chowbacca!: What opinion, if any, do you have about Steely Dan?

Lotta: They remind me of middle aged men.

Chowbacca!: You do realize that Prez is a huge Steely Dan fan?

Lotta: (laughs) Why am I not surprised?

Andy "Prez" Jackson hails from Flint, Michigan and worked with Lotta at the Kilowatt. He also slung drinks at the beloved Mission Hill Saloon and currently works at Bender's Bar and Grill as well as the 500 Club. If you are in a rush and don't have time for a full margarita, ask him to make you a "taxi driver."

Chowbacca!: Give me your favorite margarita recipe.

Prez: Herradura Silver...heavy on the Herradura. Probably 4:1 Herradura to Cointreau. One whole lime squeezed with a Mexican lime squeezer [Editor's note: this is standard equipment in every bar in San Francisco. ] I do use a touch of Rose's Lime...that does go in there, along with about a 2 count of sweet and sour; I'm sorry, but that's the way it's made! Now shake the shit out of it, salted glass and a grandma [ Ed.: Grand Marnier ] floater.

Chowbacca!: What are your favorite tequilas neat?

Prez: Hornitos...I like some cheap shit. Cazadores Reposado. Corzo Silver, that's like the premium Cazadores. $12 a shot but worth it.

Prez: Hell no, that's not even real tequila!

Chowbacca!: Who do you have in the Fall Classic?

Chowbacca!: How many games do you give the Tigers before they succumb to the Giants?

Prez: No way, Tigers in 6. Verlander will get 3 wins in the World Series against the Giants.

Chowbacca!: After a series of misfortunes befall the Giants, right?

Prez: Yeah. Timmy gets the gout.

Chowbacca!: Tragic. How do you feel about Steely Dan?

The Mia
Mix ingredients with ice in a stainless steel cocktail mixer using a pint glass, shake and "spank" to froth the mixture.

Pour into a pint glass, salt optional. Top off with a couple splashes of soda water.

Sweet and Sour
Dissolve sugar in water over medium heat, remove from heat and stir in lemon and lime juice. Pour into a glass bottle with a screw cap that can accommodate a "speed pour".

The Prez
"Shake the shit out of it" in a stainless steel cocktail mixer using a pint glass. Salt the rim and pour  into a pint glass.

Chowbacca! has developed their version of a premium margarita. If you've had all four...for fuck's sake, stop drinking!


The Chowbacca! Cadillac:
Combine all ingredients except the Grand Marnier in a cocktail mixer and shake.

Rim a pint glass with lime salt then pour the mixed drink into the pint glass and float the Grand Marnier on top.

That's our version of the "gold standard", but we love the margarita in many of it's myriad forms.

Put on your coolest shades, put "Hey 19" on the jukebox and own Cinco de Mayo like the south-of-the-border St Patrick's Day that it is.

Don't drink and drive, and don't be like Timmy - eat more kale!