I got a lovely bunch of kale from Farmer Bill on Thursday. I was going to saute it with with some garlic, shallots, chili flakes and lemon zest and then give it a drizzle of good olive oil to serve it alongside of a grilled tri-tip and some crusty bread. As the day progressed I realized that tending coals was not in the cards for me that day.

Instead, I defrosted some rolls and popped some pineapple chicken sausages in the toaster oven.

I preheated the oven to 275° and washed and dried the kale. I then ripped it into roughly four inch pieces and gave it a good toss in some olive oil and a sprinkling of kosher salt, lemon zest and chili flakes and laid them out on a baking sheet. I put them in the oven for about 20-25 minutes until they were crisp.

Dinner in under 30 minutes! Take that Rachael Ray, Kaptain Kale and I will crush you!!!

Also, the "kale krispies", as the kids have dubbed them, are really fun crushed up and added to mashed/fried potatoes, sauteed carrots or anything else you can think of. 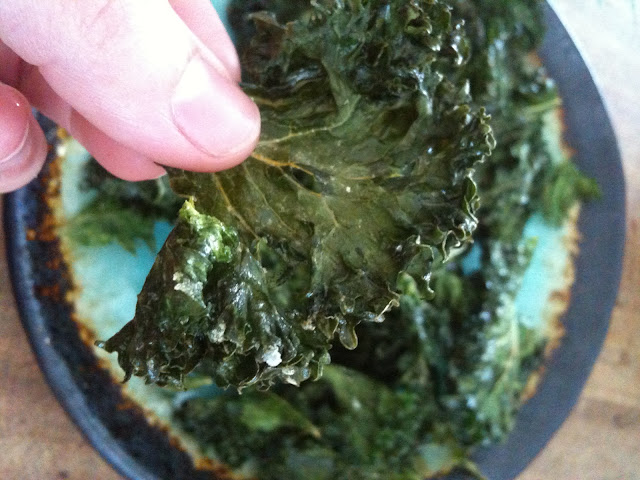