Skip to main content
Labels
Posted by Dottore Gus May 26, 2012

So You Think You Can Grill?


I could riff on that jazz for hours, daddy, but I've had a cocktail (required accompaniment to grilling), and I want to be in this subject and out of it, quick and precise, like ninja.

I got a Zipcar early this morning so I could stop by the local supermarket and get supplies for this weekend, but also to demo some techniques.


Constrained as I am by my self-imposed time limit (publish! everyday! like a blogging boss!), let's dive right in and talk about some key tips for grilling.
Whether you are a vegetarian or a carnivore (as we at Chowbacca! enthusiastically are), some living thing has given its life in order for you to ingest it for subsistence. What greater tribute to the fallen (cow/sheep/pig/chicken/mushroom/asparagus/whatever the hell seitan is/zucchini) than to build a pit of fire in its honor? Surely, on the day or Memorializing, you can do that? 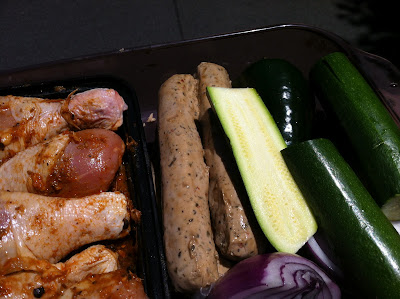 Or you can turn some knobs like a big lazy stupid wuss.

Seriously though, it is simply not possible to get the same level of heat burning propane (sorry Hank Hill) on your average outdoor gas lit grill. And while gas grills these days come with some very attractive accoutrement, the humble Weber even in its most basic incarnation now comes standard with some useful bells and whistles (folding grill, ash collector, utensil hooks).

Continuing with the tips: 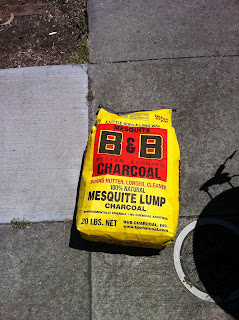 PS - I invite the controversy this will hopefully generate, you gas or match-lit coal using heathens. 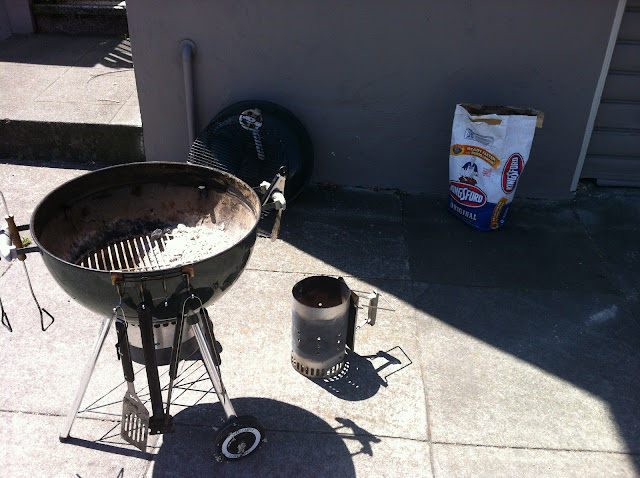 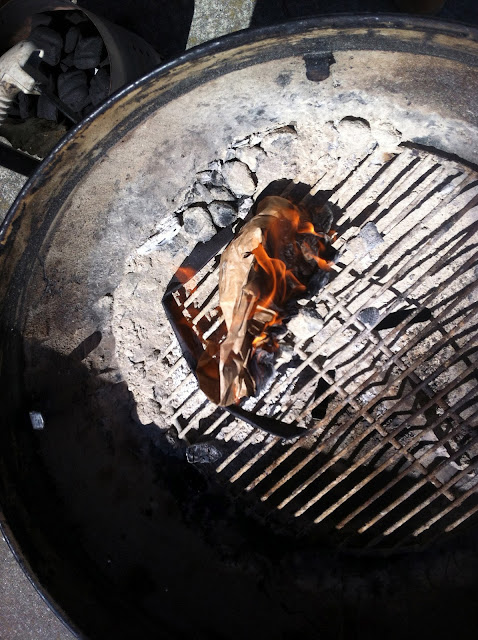 I employ a two-phase grill starting method demonstrated in these pictures.

What you are looking at is this:
--

Coming soon! Ravi (mentioned in the video) has thrown down the gauntlet vis-a-vis BBQ ribs.

Joining this year is yours truly, along with last year's defeated challenger Nathan Sheehan of 25 Lusk.

I will be employing my secret weapon - the Chowbacca! "secret" BBQ sauce. I do not fear giving away this much ahead of time - BBQ is as much about nuance and flavor as it is about technique, skill and execution.

And now a bit of trivia, and some music.

Originally Memorial Day was called Decoration Day, which was observed to commemorate the fallen in the Civil War. The name was changed after Word War II.

In many areas of the American South, Memorial Day is still referred to as Decoration Day.

Isbell now tours with his own band, the 400 Unit. The Drive-By Truckers continue to tour. Both are worthy artists to check out and, should they play a show near you, see live.

I consider Isbell to be one of America's greatest modern song-writers.