Skip to main content
Labels
Posted by Dottore Gus May 20, 2012

Surviving Bay to Breakers: A Refresher in Bar Etiquette

This year marks the centennial of the footrace that eventually became Bay to Breakers (in 1965), the Cross-City Race that occurred on January 1st, 1912. The event was started in part to lift the morale of a city devastated by the 1906 earthquake.

Bay to Breakers, a thoroughly San Francisco tradition, is no normal marathon. While many participants may be of the serious runner stripe (my step-mother keeps threatening to fly to SF and run the Bay to Breakers...and I have "volunteered" to accompany, so long as I can either walk or bike the "route"), most of the participants are more revelers than athletes.

The best way to sum it up would be to call it a "day long, semi-nude bar crawl."

Now set in May, it is a perfect storm for out-of-school coeds and teenagers, bridge and tunnel mobs and least of all, out-of-staters like my step-mother (who will quickly get out of the way of trouble with her bizzarre actual running-the-course behavior). 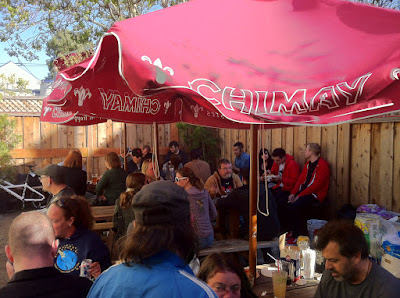 Warming up for this event, I decided I needed a (cheap) beer so I pulled myself together and hopped on the deucy-ist of deuce busses SF MUNI has to offer, the 22 Fillmore, and made my way to Lucky 13.

Within seconds, a mob of (presumably) 21-22 year olds in sports attire were pressing flesh at the bar, picking olives out of the garnish trays (the "salad bar"), and I was inspired to come up with a list of things every bar patron should know. 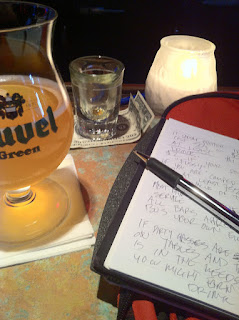 Without further ado, I give you, straight from the source, Chowbacca!'s (Slightly SF Centric) Bar Commandments: 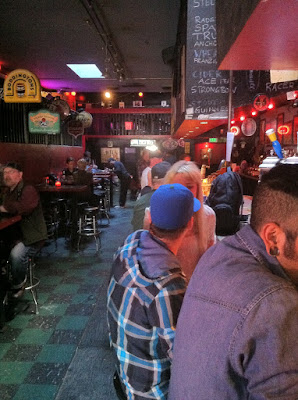 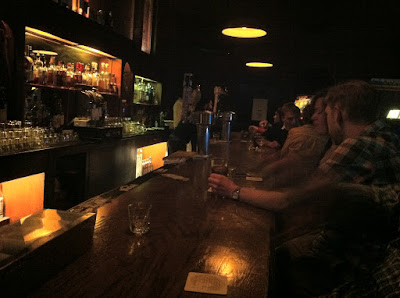