Editor's note: summer means a lot of things to a lot of people, but for the denizens of Chowbacca! the thing we most look forward to is all that wonderful stone fruit...

...Just don't ask us what the difference between jam and jelly is. /DG

"Hey, Jeanette. It's Dave. You want some apricots?"

"How much you want?"

"How much can you give me?"

A half hour later my daughters and I were standing in front of the orchard, apricots as far as the eye can see.

Last night, I made 5 quarts of jam making only a meager 7 pound dent.

I'll be giving a bucket to Dottore Gustavo but that still leaves me a lot of apricots so, I have been hashing out ideas on how to use these things up.

Apricot Galette:
Slice and remove stones from the apricots.

Slice the halves into quarters and toss with sugar.

Mix the almond meal, confectioners sugar and an egg together in a food processor until combined.

Roll out one pie crust to a diameter of about 14 inches... 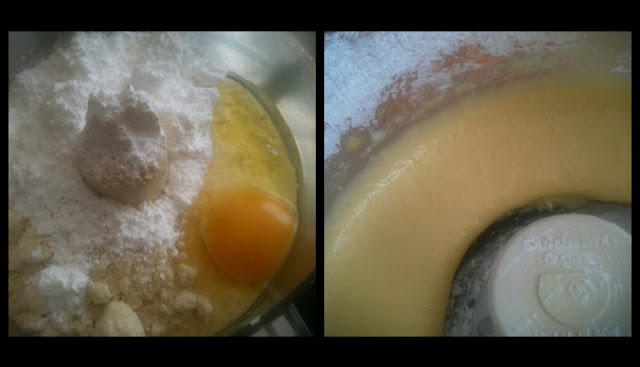 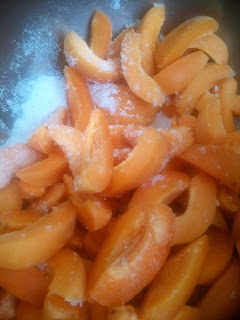 You can use my recipe here or use a store bought one if you want.

Evenly spread the almond paste over the rolled out crust by starting in the center and pushing outward.

Be sure to leave a 3inch boarder around the edge of the crust.

Arrange apricots over the almond paste in concentric circles.

Fold the edges of the crust upward and over the outer ring of apricots. Press together with your finger to get a good seal around the edge.

Brush with the crust with cream ( or egg wash) and sprinkle with turbinado sugar.

Bake at 350ºF until the apricots are slightly bubbling and crust is golden (about 50+ minutes).

I recently learned that the kernel of the apricot stone is high in B17 or laetrile which has been found effective in preventing cancer.

And that apricot tree leaves can be applied to the skin to help relieve sunburn, itching and eczema. 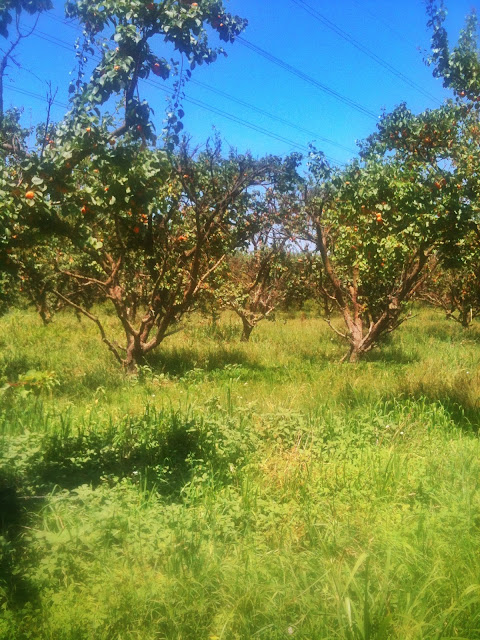