The Return of the Clip Show! 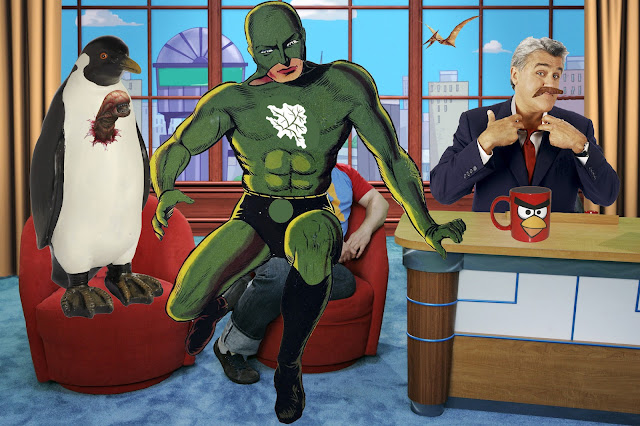 Some of you might be old enough to remember a little thing television used to do called a clip show. The rest of you, shut up and get out of my yard!

Any-who, a clip show, for those of you with Alzheimers, or "Old Timers" as we like to say around the medicine cabinet, was what television did before they started having seasons that were only three episodes long (Ed. Note: I'm looking at you, AMC).

The grueling pace of producing thirteen episodes of quality programming a year while simultaneously cramming fistfuls of quality cocaine in your steadily collapsing nose was more than any well-oiled executive producer on top of a pile of auditioning hookers could be expected to handle. And so, a sacrifice had to be made to the gods of quality, and I don't mean that hooker that got buried in Vegas that I'm not supposed to talk about. I mean one episode out of every thirteen: The Clip Show.

Basically, a clip show involved a couple of the characters from the series standing around reading some actress-thin dialogue dredged from the howling jackals in the writers' pits that tied together a bunch of "highlights", or "clips", from the other twelve episodes. Remember when The Fonz jumped the shark? That ended up in a clip show, and it was so meta that my whole head crawled off to a nature retreat in Vermont.

The clip show is gone now, but I'm old and I want things the way they were, not how they are with all the Lady Goo Goo and Ricky Martins. And so, in the spirit of the clip show, here now is the blog equivalent of the mighty clip show:

Chowbacca's Top Ten Posts of All Time, (at the moment):

This one was great. I laughed. I cried. I got hungry. I ate. I cried again. I adjusted my medication. Any-who, it sounds like a swell joint!

I love diners. Used to spend hours in them yapping my flap about nothin'. This looks like a fine diner, except it's not open all night! What the hoople?!? Where's a fella supposed to sleep?

Now here's a fella a fella could vote for if he wasn't a complete work of fiction like that Romney fella!


7) Yet Another Indecent Proposal

Sequels are something I can get behind. All of this re-imagining gives me a headache. Batman's flamboyant. Then he's dark. The Joker's Jack Nicholson. Then he's not. I'm grumpy. Then I'm grumpier.

Ginger beer is good stuff. Dottore Gustavo, if that's his real name, tells you all about it and how to make some lip-smacking cocktails to sip while you're nodding off to reruns of Fantasy Island. That little guy sure was funny! Always lookin' for that plane. Wonder when he got any work done? And hey, they had a clip show!

Dottore Gustavo, hm, still sounds fake to me. Any-who, Chef Sawyer was nice enough to answer some questions about cussing and knives. Leave the man alone, Gustavo! He's tryin' to cook! You want him to cut his fingers?


Gustavo shoulda called this series Cheap Eats, but no one ever listens to me. He sure can make some grub, though. I tell ya it's better than the cat chow I've been eating lately!

I think somebody's been drinkin' varnish. It's the only explanation.

And the NUMBER ONE POST OF ALL TIME AT THE MOMENT IS: