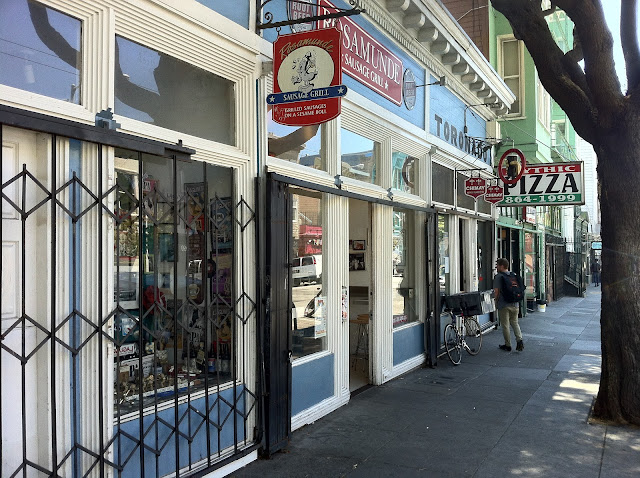 To be completely honest, the accusation had put me on my heels.

I was trying to be clever, and maybe lording my beer superiority over the bartender by asking "and what's the deal with Northern California's love affair with the India Pale Ale?"

To which the bartender rapidly fired back, "well, the hipsters are now drinking up all that expensive Belgian stuff."

Guilty. As. Charged. I looked down at my $9 Flemish sour red in shame. 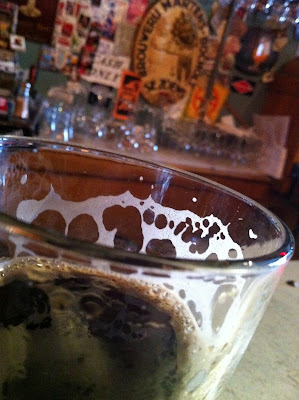 Leaving aside the hipster/hip/cool/trendy argument for a moment, I truly have spent a great many hours pondering just why it is that Northern Californians are obsessed with all things hops: From my former co-worker GL who was so IBU (international bitterness unit) obsessed he would eschew anything under 95% (and favored a beer so hoppy the smell of it would give me a headache from several feet away), to extreme brewers trying to out-do one another in the ABV (alcohol by volume) of their IPA, to the simple fact that you cannot walk into a reputable bar in San Francisco, be it a dive or fine dining establishment, without at least one IPA on the menu.

I may never know why, and I will always have pet theories, but I know for sure that the IPA has captured the imagination of the entire North West, if not West Coast and is spreading ferociously inland.

For Ohio beer drinkers, this is already a trammel; the style is dangerously crowding out, and diminishing finite shelf space dedicated to a wider variety of brews. 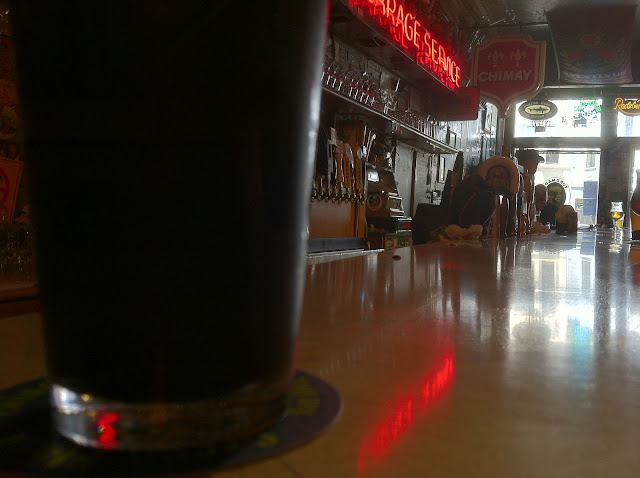 I like nice things, and I like what I like. I like Racer 5, Lagunitas IPA or Pliny the Elder, but I don't agree that "Pliny the Elder" is the best beer in the world (not even close).

For me, the best beer in the world is still vintage Cuvée René Geuze by Lindemans, between 1992 and 1995.

My second favorite beer is made with green tea in a lab and may never be commercially available: but it tastes like an apple champagne, crisp, with notes of honey and caramel... and just a hint of hops, just enough to know it is there and not so much that you feel like you are licking a pine cone. And it's gluten free.

To my knowledge Toronado has always carried fancy Abbey style brews... so why the animosity? "Those beers are for hipsters." Well, you sell them, don't you?

Of course, it was months after that encounter that I began to understand the impulses that guide this defensive reaction to yell at the kids on the lawn and/or tell them to get out of my bar: the conversion of my neighborhood bar into a hipster bar.* 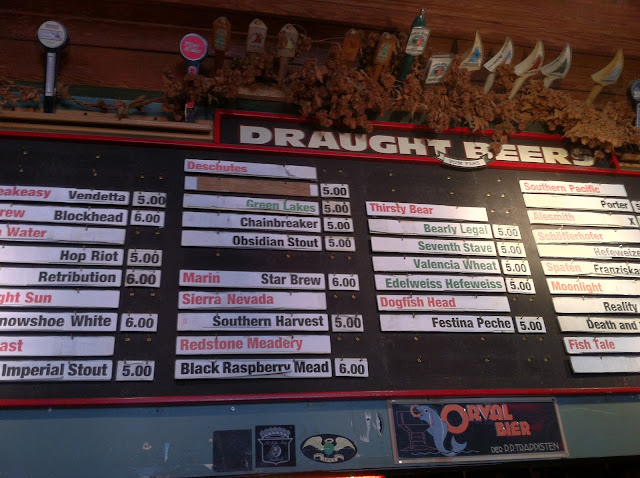 The truth is, every person who has ever uttered the word hipster, especially in a vituperative manner, is a hipster.

I am, with my wallet chain and my obsession with designer drugs and trip-hop, back in the 1990s. My Doc Marten's, blue hair and insufferable industrial music in high school. With my sensitive accordion and ukelele music of the 2000s.

Hell, the least hip among the  Chowbacca! staff still had purple hair at one point.

So, I don't get fixies and skinny jeans and dubstep. That just means I'm getting older. Maybe there's a bit of resentment in the people at the Toronado that beer they have been touting for 15, 18, 20 years are being snatched up now by younger clientele at hipper bars that play that god-awful Transformers-having-sex-racket.

Guess I must have looked like "one of them" back in the day.

Two hours into my visit to Toronado, tensions had loosened up. Me and the Mostly Benevolent Leader of Chowbacca! discussed ancient San Francisco history as well as the history of beer in the world, the origins of the IPA, and matching sausages and brews with friend and stranger alike.


I was free to drink my beloved Belgians in peace, having earned the approval of the bar staff, and I could do so to the old and unhip strains of Queens of the Stone Age and AC/DC and Skynyrd without suffering a single Skrillex track.

I'd come off my heels and back onto terra-firma. But speaking of sausages, it was high time to supplement my drinking with some food...

...Larry and I attempted to put several codas on a discussion that had run wild about some obscure aspect of brewing or beer history or another we were discussing with a couple of Toronado patrons, a father and son (in his 40s) whom we had just met.

Every time we thought we were free to leave, a new argument, factoid or bon mot came into play until finally I had to confess, "if I don't get something to eat, I'm going to stab someone. Have a lovely day, we've got to run... nice meeting you.. yes.. yes of course.. good bye..."

And out the door we went, for the long, arduous journey of about 10 yards before reaching Rosamunde Sausage Grille.

As a shop that sells only sausages one expects that they do that well, and well they do. If your fancy is smoked duck, merguez, bratwurst or weisswurst, soft or hard roll, kraut or no kraut, mustard, curry ketchup, roasted peppers or even a vegan sausage, Rosamunde is the place to go.

Cheap, fast, good, and next to a beer bar: win and win some more!

Full of beer and sausage, I subconsciously tucked my wallet chain in my pocket, grabbed my puffy Koss over-ear headphones from my ironic reggae themed over the shoulder record bag and tuned my iPod to Dvořák's decidedly unhip 7th Symphony as I waited for the deuce-deuce.

We may not always trust each other at first, but after a few beers (IPA or otherwise), everyone can learn to get along... even natural enemies, like one hipster toward another.

I looked up, and noticed that the grey, enveloping fog had burned off and the sun was shining down on the city. Dig that, daddy-o.

* TO THE OWNERS OF "THE UNRESOLVED LOVE LIFE OF EVELYN LEE": Allow dogs in the bar for happy hour and re-hire a few of the former bartenders and all will be forgiven.