The last chili competition I entered I won both first and second prizes - and there were only two contestants.

(I made two chilis.) 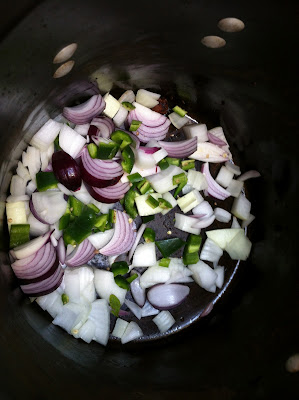 I bring that up because I am a vainglorious braggart in constant need of approval even at the expense of others (consider yourself trolled, Bruce!). I also want to make the point that there are endless varieties of the form...

Just kidding. My opponent Bruce made an excellent chili - a straight down the line classic Ohio chili with tomatoes, beans, ground beef and a chocolate bar (the worst kept secret ingredient in all of cooking). I brought several quarts of it to my mom, who was recovering from surgery.

There you go, Bruce. You may have come in third but your chili is good enough for mom.

I edged Bruce out because I cannot resist clever, over-the-top variations, embellishments and extravagances that give me an unfair edge if your budget is $40 and you are shopping at the local Giant Eagle.

Essentially, I won my victories the same way politicians win elections: I out spent the opponent.

My philosophy regarding chili may be sort of culinary shock and awe, but my assembly and technique is remarkably similar to Bruce's:
...And don't forget the chocolate.

When I heard that a chili cook-off might be happening at one of my old watering holes I got to work planning.

"What kind of outrageous braised meat could I use this time?"

I zipped over to Olivier's, but was rebuffed ("we usually only have tongue or cheeks on the weekends, try back on Saturday.")

Saturday is of course too late - you want your chili to rest overnight after an already multiple hour braise.

Beef tongue and cheek were out, but I had one hail-Mary left: trusty Duc-Loi Supermarket.

I knew they had pigs tongue in their butcher section most of the time, and I recall seeing whole sow's heads, so why not pork cheeks and tongue? 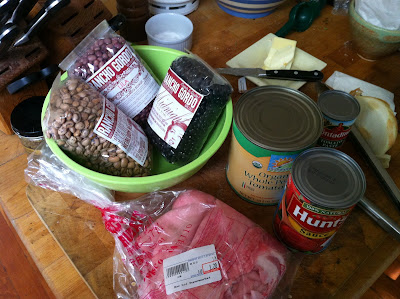 Pig's cheeks are under $2 a pound.* (For now... remember what happened to the price of beef hearts?)

And they come with the skin on! This is going to be even better than the original beef cheek and tongue idea.

( * Probably of suspect provenance - and I will make it a point to encourage Doc Loi to stock sustainably and humanely raised meat - but at the time I was running down the clock on my ZipCar. )

Finally a note about styles of chili. This is an Ohio chili*, it has beans in it. The recipe is derived from stews made by First Nation for a millenium before Tony Bourdain appeared on the scene.

Texas chili has no beans, no tomatoes, just peppers and meat. It's delicious, but it's not my style of chili.

A younger me would have scoffed at white chilis or turkey chilis - but I've grown to appreciate them.

You cannot make chili with out meat. Sorry. Tofu does not belong in chili.** 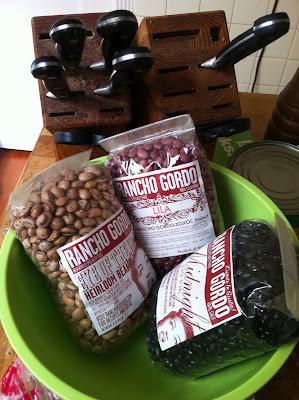 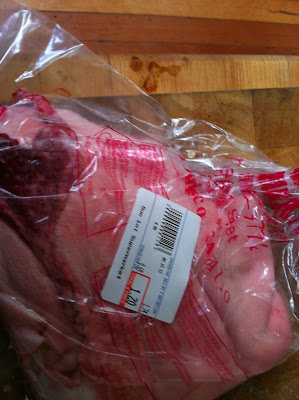 Serve on rice or corn bread but never spaghetti. This ain't Cincy.

On second thought, I'm not going to bother entering the contest.

Someone else can win for once, and I get to keep my all my chili.