Today is the first day in eight weeks I'm not feeling slightly nauseated by the new truffle that has taken up residence in my uterus. In fact, I nearly forgot I was pregnant this morning until I got slapped with a craving.

I wanted brioche. I haven't made it in years and I needed guidance. Who better to turn to than Julia Child? I used her classic and versatile recipe and transformed it into a breakfast, a dinner and a snack.

Today, I'll share the recipe for the poppy seed roll that my family and I had for breakfast.

I'll start with the poppy seed paste because you can make it weeks ahead of time. 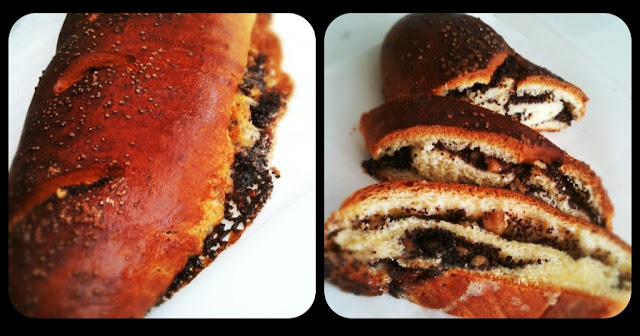 
After this long chill, the dough is ready for any brioche recipe and will be enough for two poppy seed rolls.


To fill the rolls you will need: