Orange County, California. Home of Disneyland, Nixon and A Scanner Darkly. I'm not from here. I'm from "Northeast Ohio", and I have to say that sitting by a fire with a good cigar listening to the ocean roar and watching the stars is a great deal better than the mosquito-filled sweat-fest I'd be enduring in my birthplace right now.

Don't misunderstand me, I love the "greater Cleveland area" but they can keep the weather there and the bugs too.

After a dozen wonderful years living in the City State of San Francisco I moved my family to Orange County. I traded looking out for human feces and Zynga vomit for dodging spider webs and stepping over lizards. It wasn't a tough transition, especially for a husband and parent. With a lack of a major urban area in Orange County you could say that I've moved to a sprawling suburb. You could, but right now I'll take the beach over a major urban area.

As I sit under the stars by the fire I am also watching the Giants beat the Dodgers. It's always great to see a Giants game down south but the dry white toast announcing of Vin Scully only makes me miss John Miller and even Kruik and Kuip. Way to Beat L.A., Giants!

Yeah, I've been guilty of cracking on Southern California in the past. Most people who live in S.F. do. Yet you don't hear a lot of "tree-hugging vegan" cracks from the other direction. Why? Because most people in S.F. aren't, like myself, from S.F. The natives only do it when the Giants play the Dodgers. Everyone else does it at every opportunity. Ragging on LA makes the newbs feel that they are a part of their adopted city. They're ... we're ... used to being from places that we had to defend against slights to our civic insecurities.

I once saw a Yelp review where the guy one-starred an S.F. restaurant because everyone in the place looked like they were from the Midwest. The guy had outed himself without realizing it. The only people who give a shit are from the Midwest.

Sure, I'd rather be here than Ohio but I remember the good things too. I miss Northern California. I miss foggy old S.F. and its beauty, people and haunts, but some days it felt like I was living in a walk-in toilet. Places have an upside and a down. 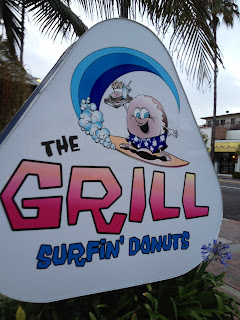 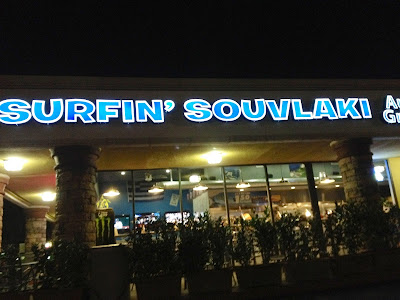 ... but I can live with it, and I do. Here are a few things I've found to love about Orange County, California. 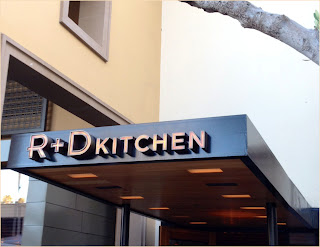 R+D Kitchen's French dip sandwich and a slice of mascarpone cheesecake for dessert. Actually, the entire menu is full of goodness at lunch or dinner. 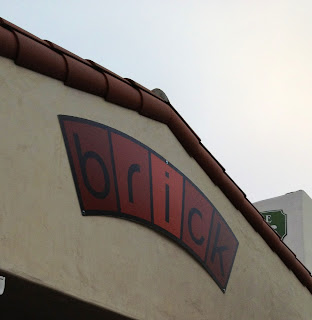 Brick Pizzeria.  The Pappardelle, a slow-roasted veal ragú over pasta, is fantastic. The wood fired pizzas are great. The fresh taste of zucchini blossoms. Even something as simple as a crouton on a Caesar salad becomes a revelation of flavor at Brick. I love it. You will too.

Update (November 2013): The quality of Brick has fallen like a ... well, you know. That a burned beyond belief margarita pizza made it to the table during a rush was forgivable under the circumstances. It was taken off of the bill, but no other consideration was offered. I let it slide. On my next two visits the food got progressively worse until, on what would be my final visit, the pizza was sloppy and my beloved Pappardelle had been reduced to something that tasted like a bland casserole served at a wake. Spend your food dollars elsewhere. I will be.


I don't have photos at the moment* but the bountiful halibut sandwich at Nick's is terrific and by far my favorite spot in O.C. is Vine. I haven't been yet but I'm interested in The Corner and a bunch of other restaurants in the area.

*Edit. I went to Nick's last night! Here's the sandwich and a side of baconized Brussels sprouts. 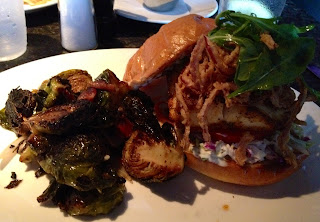 And when the food needs to be fast and good? 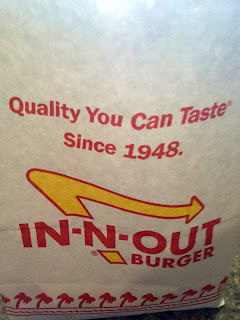 Double Double Animal Style. Sure, I can get the same thing at S.F.'s lone In-N-Out and a trip to the wharf with it, but here I get a drive through. Downside. Upside. 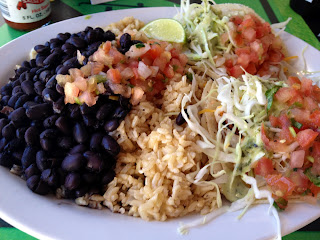 What I can't get in S.F. is a fish taco from Wahoo's. It's really good fast food with good beer. 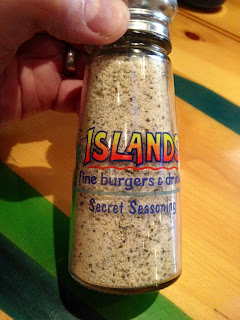 Islands. If you have a child and live in O.C. there is a good chance that you have been to Islands. It's my daughter's favorite place. We love watching the surfing videos they show and having a burger together. The burgers are good and come medium unless you're insane and want yours overcooked. The service is great. I haven't figured out what is in the secret seasoning yet, but it makes the endless fries even more addicting and tasty. 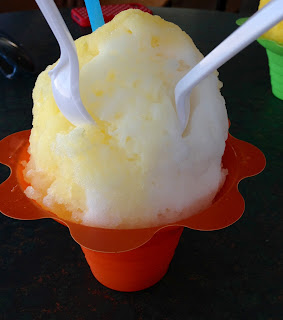 Shave Ice. And ONLY with Torani syrup, please. I first discovered this treat in Hawaii, but it is all over SoCal too. Nothing drops your core temperature on a hot day like a shave ice.

I've only scratched there surface here. There is still a lot to explore in my new home of Orange County. Does it have a lot of the things I miss about San Francisco? Is it the same here as Northern California? Nope. And I wouldn't want it to be. This is home for now and I'm going to make the most of it. There's an upside to, almost, everywhere. I'm looking at you, Gary, Indiana.