Classic Gold Into Cash: Putting My Seat Back Forward

When a friend texted me the title of a recent Cleveland-based episode of Tyler Florence's Great Food Truck Race I'd wanted to rant about it but realized that I had already written that rant elsewhere. Now, today's Classic Gold Into Cash: Putting My Seat Back Forward. 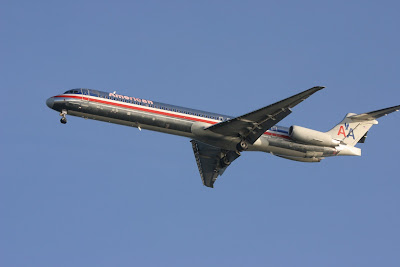 The in-flight magazine. It is located in the seat-back-pocket-in-front-of-you. It's the magazine that isn't Sky Mall. No, not the folded card with cartoons of people on fire. The magazine. It's where the list of approved electronic devices and the beverage list live. Got it now? Great. Let's move on.

For those of you afraid to fly, the in-flight magazine is made up of general interest puff pieces, beautifully photographed Everytown U.S.A. Chamber of Commerce pitches, and celebrity ego maintenance fare sandwiched between ads for hotels, casinos, hotels and casinos, casinos inside of hotels, steakhouses, lobster houses, Don Shula's surf and turf franchises, orthopedic surgeons, all-weather floor mats, reverse aging miracles, and gold into cash. It's crosswords and sudoku and the Mensa quiz. While it's true that you can't please everyone, the in-flight magazine gives pleasing everyone a rousing go each month by combining a wide range of wholesome content with an editorial flair that makes Reader's Digest read like Mother Jones.

I make it a point to at least flip through each new issue I encounter because even puff can teach us something about ourselves. For example, that the U.S. has more Churrascarias than Brazil speaks to our enduring national love affair with gout.

During a recent family trip on American Airlines I came across an article entitled "Fun in the Cleveland Flats" by Carlton Stowers, who obviously stole his pen name from the law firm that handled his mother's divorce. And who uses pen names? Cads and philanderers, that's who. Oh, his poor mother.

Having spent a good chunk of my life in the Cleveland area and having also lost a sizable chunk of my twenties in the Flats I, of course, had to stop my search for the Mensa Puzzle (*cough* beverage list *cough*) and launch right into Mr. Stowers' take on Cleveland nightlife.

The Flats area along the Cuyahoga River was an early adopter of the "strip mall of booze" craze that swept the country's waterways during the eighties and nineties. Bars, restaurants, "Gentlemen's" clubs and rowdy night clubs lined the streets, as did a variety of bodily fluids. It was the kind of place where boys went to become men, girls went to pretend to be of age, and men went to pretend to be boys.

Seeing an article about the Flats still having nightlife was something of a shock. Last I'd read about it the Flats had been shuttered by a group of nuns and schoolmarms who felt that underage, drunken night-drowning wasn't something they could allow to continue. Apparently, some establishments had survived the shut down.

However, my questions regarding the fate of the Flats would not be answered until I had been beaten about the head, face and neck once more with Cleveland's "burning" river, its default, the heartbreaking sports history and those magical Cleveland winters that send Eskimos to Nome Depot for a space heater. I believe that it is a federal law that these things must all be mentioned in any article about the place. At the very least I'm almost certain that Strunk and White deduct considerable style points for writing about Cleveland without calling it "The Mistake on the Lake."

"No place that's home to the Rock and Roll Hall of Fame can be all bad."

My personal feelings about the Consolation Prize Popular Music Hall of Popularness and Snack Bar aside, at last the phrase had come that signaled an end to my flogging and the beginning of whatever the heck the article was really supposed to be about.

The tone of the article had become kinder all of a sudden, almost sing-song. Like an abusive parent, every article about Cleveland first berates the child for every mistake, real or imagined, ever made. Next comes the "daddy's sorry" scene where the child receives ice cream to cool the sting of the lashing. So it was with this article about Cleveland's Flats.

Shooters on the Water, so named because not only was the name "Hooters" already taken but also because no one at the meeting could stop snickering at "Hooters on the Water", was the focus of the piece. I remember Shooters as the kind of place where uninteresting food and blonde women of every hair color gathered to meet guys with power boats who were pretending that they weren't married. Apparently, this was a formula for longevity in Cleveland drinking culture.

"Good for them," I thought, "fembots and guys pretending to be sea captains deserve the kind of watering hole that they deserve."

My heart lightened by thoughts of whiskey-soaked nautical romance, I pressed onward.

"In the early evening people come to stroll the boardwalk and dine."

"Aw," I thought to anyone who might be reading my mind, "how sweet. And what a change from the bartenders and waitresses of old trying to score a quick hook up before the fratbillies arrived with their grunting and the date rape."

But then I encountered this strange and treacly passage:

"...as the hour grows later and the nearby skyline twinkles, the younger generation arrives to dance or enjoy a concert by headline acts like Bachman-Turner Overdrive and Steppenwolf."

Let's hope that it was a typo; if not, the Chamber of Commerce may want to invite George Romero up from Pittsburgh for a zombie shoot.

A handful of words later the article ended, leaving me only with the desire to bludgeon Carlton Stowers with a sports trophy, which I decided to table until such a time as bludgeoning hacks becomes accepted, safe and legal or a Cleveland team wins a trophy, whichever comes first.

Fever dreams of bludgeoning, however, are not where this tale ends. American Airlines was not yet finished with me or the town where I once did massive amounts of jello shots with a stripper's underpants on my head. Ten fun-filled days later I pulled out the new issue of American Way from my seat-back-pocket-in-front-of-me and was met with an editorial by former-Clevelander-turned-puff-journalist "Adam Potluck", or something, where he whined about the movie "Major League" and how former Cleveland Indian jerk wad Albert Belle was once mean to him.

And not once in the piece did he use "Mistake on the Lake", for which I am certain he will burn in a river.