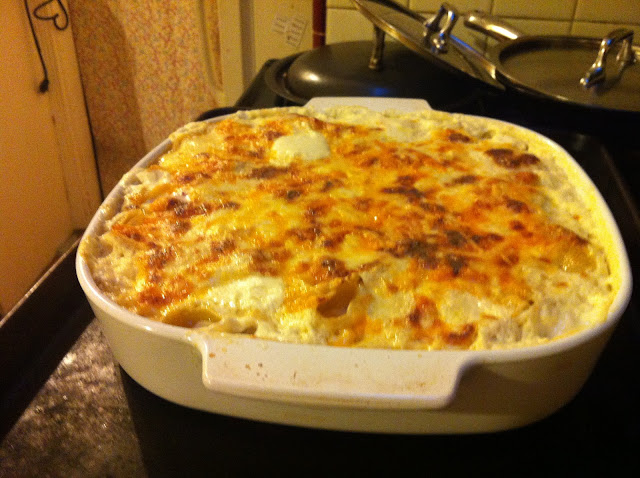 Harold McGee had a pet peeve: chefs, especially TV chefs, and countless cookbooks all contained the same instruction, worded practically identically each time, to "sear the meat to seal in the juices."

"Gotta sear the meat, seal in the juices."

McGee knew better, and tested it. Turns out searing the meat does no such thing - in fact, meat seared at high temperature loses more moisture than meat that is not. But something important does happen in the searing process: the Maillard reaction - the caramelization of proteins and sugars.

The process creates the crispy, brown crust that we all love in a good pan fried or grilled steak. But it does nothing to retain moisture. So these days, one doesn't hear "seal in the juices" from the lips of a now better educated class of TV chefs.

"Add a little bit of oil to the pasta water so the pasta doesn't stick."

There is only one case in which oil in pasta water might marginally help something: creating enough surface tension to prevent foam-overs with fresh pasta and gnocchi.

One Of Many Millions of Versions of Macaroni and Cheese
Cook in plenty of salted, rapidly boiling water for the recommended time MINUS 2 minutes. Drain and toss with olive oil. You can prevent the pasta from sticking by making sure to stir it for the first 30 seconds.

A quick note: surface area, and surfaces that will trap sauce, is that you need. Orecchiette is okay, but elbows are better. Mini shells would be great too. Spirals are not often associated with macaroni and cheese, but I like it.

Now, I just said that you "dress the pasta like a salad" and that you "want the surface area to stick." And this is true 90% of the time, which is why I am presenting an edge case: baked pasta.

Try to make the sauce either before or as quickly concurrent to finishing the pasta because as the pasta waits, it dies: it clumps, it continues to cook (and no, I never rinse my pasta).

We want the pasta to finish cooking in the sauce in the oven, not in a bowl on the counter.

Béchemel:
In a saucier, melt butter and add flour over medium heat. The object here is to actually cook the flour. Cooked flour is the basis of literally hundreds of sauces, including your Thanksgiving gravy. Cooked flour is also a staple of pastry baking (and is a key ingredient of pâte á choux).

Cooked flour will seize up (this is the water in the butter binding with the starch) then release (the water has "cooked out" of the flour which is now suspended in butterfat). 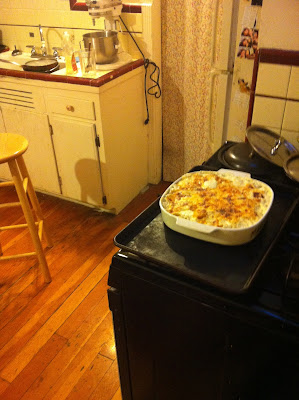 Cook the flour until it turns slightly blond and gives off a slight aroma of nuttiness - about 5 minutes.

Pour in the milk and stir continuously until it is thick like heavy cream. The sauce will gel as it cools.

Cheese:
These are all young cheeses, all of them are soft paste (the paste is "not the crust", as it were) and none of them are so strong that baking will kill the flavor, or so weak that they have no flavor.

Do not use good, expensive cheese for macaroni and cheese: save it for the cheese board.

Mix, reserve 1 cup of the mix to top.