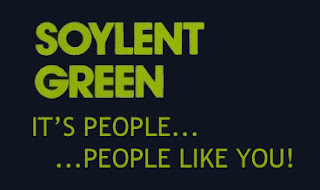 Good Morning, Good Afternoon, Good Evening, and what the hell are you still doing up, Internet Community? We stand together today on the verge of another great stab at democracy. Soon we will gather at the polls and decide whether to elect a ghoulish, flesh-hungry hell-beast or to give that other guy another crack at it. I believe that you all know where Upton Mutton stands: Hell-Beast All the Way!

The time is right for our first cannibalistic zombie president. After all, as the kids say, cannibalism is in vogue. Every other day someone is cooking someone or cooking and eating someone or plotting to kidnap, cook and eat someone.


The demand for human flesh is out there, but the supply is sometimes wily and difficult to trap or too heavy to drag to the trunk before the police arrive. And that "one thump to the head knockout move" that you see in movies is a pile of . Unless you give them five or six good whacks they just end up holding their dented heads, wobbling about and bleeding all over my furniture. It's barbaric. What's a fine young cannibal to do, if you're hip to my jive?

Well, the man who sold the world to Monsanto has a plan and I'm here to tell you that his plan is every bit as good as his plan to keep me from ever paying a nickel in taxes again. I endorse his plan like I'd endorse my own mother if I hadn't traded her for Cola stock decades ago. She baked a nice rhubarb pie as I recall.

What is Rrrromney's plan, you ask? Well, why do you think he doesn't care about 47% of the population? How could he just turn his back on 47% of the fattened, juicy population? Ask yourself how much you care about the cow that is growing your next ribeye right now. Would you give that cow a second mortgage? Hm?

That's right, is here to tear off that old "Eat the Rich" bumper sticker and get down to eating those who really deserve to be eaten. Why feast on our essential captains of industry when you can take some welfare bums and their Wonder Bread-plumped bodies and braise them slowly for six hours? They'd like a or a leg up? How about a hand or leg off instead? We're talking about 47% of millions of people who eat and breed as if those things were going out of style! Sales of human meat to the Japanese market alone could be a windfall. And who doesn't get tired of steak, fish, chicken, pork, steak, fish, chicken, pork? Let's mix it up, folks!

When you go to the polls remember to cast that vote for our first zombie president, because a country runs on its stomach, whatever that means. How would that even work? I'm tired. Somebody get me a loose meat sandwich. I have checks to cash.