The Bacon Apocalypse Is Nigh! 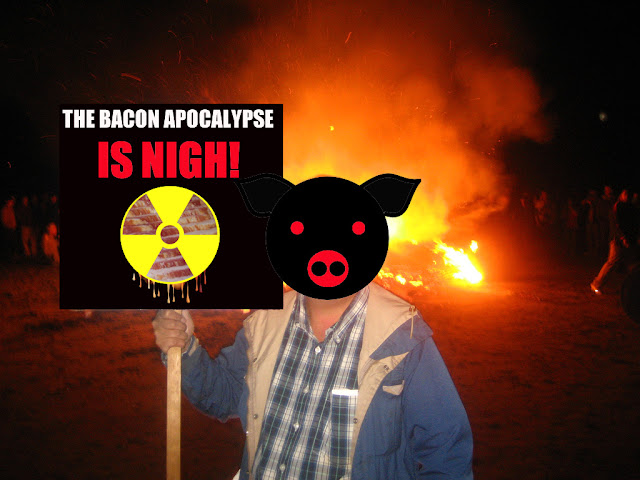 "Let me tell you of a time before the grease fires. A time when death didn't fall from a smothered sky. Once we were the hunters and not the prey. Once we stood proudly in the sun."

I know you've all been waiting for the zombie apocalypse. You devour movies, books, games, comics, T-shirts, posters, album covers and anything else with a zombie on it. For decades you've waited for the dead things to walk. 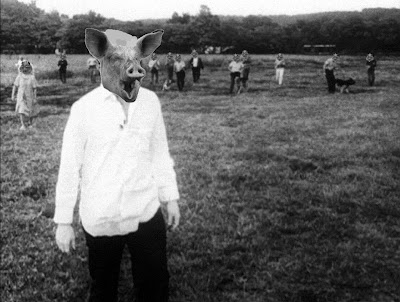 What if the dead never rise? What if instead it was the living hungering for the living? 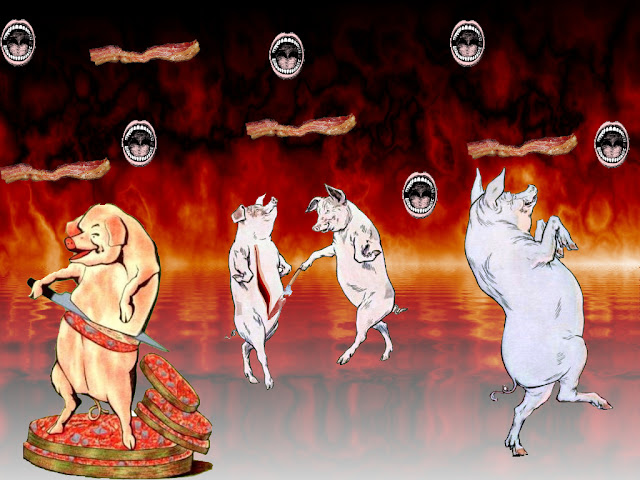 Quick: What are the two most dominant memes in consumer culture today? That's right, the zombie apocalypse and bacon. Bacon can now be found in everything edible. There are bacon cocktails, milkshakes, mayonaise, chocolate bars, and on and on. Every restaurant on Earth has some kind of bacon burger, and now even the burger patty has been replaced by … that's right … more bacon.

And you don't just eat bacon, friends. You're obsessed with it.

Just mention bacon around most meat-eating people and watch them set to drowning in puddles of their own Pavlovian drool.

Some say it tastes like ... us. Long pork. Short pork. All pork's the same to some. 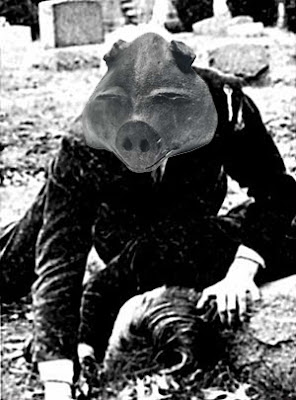 We love eating pig flesh. It has become our most beloved of consumables. We stumble, drooling toward the smell and the sizzle of it. How long before the table is turned?

We are staring down the barrel of the apocalypse. We have seen the zombies. They are, indeed, us. 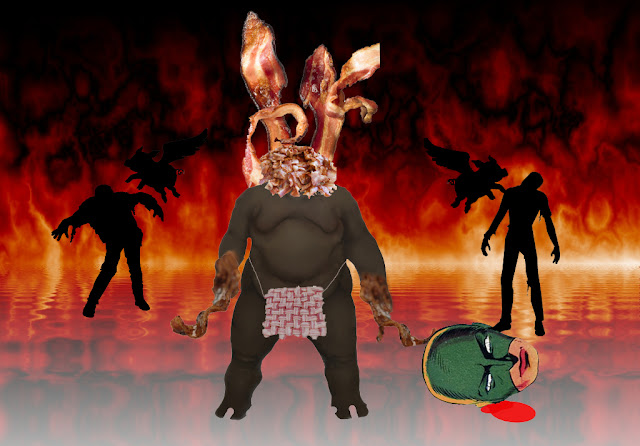 When there's no more room in the frying pan, jump into the fire!