My friend Sean K recently sent me the following message and pic:

"I know it's not a really a highbrow foodblog subject for you snobs at Chowbacca but have you eaten this? It's actually got a good heat to it and is crazy good. Also, it's like 3 fucking dollars." 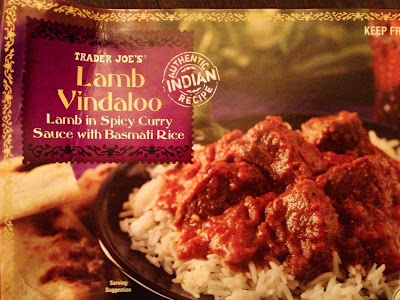 Well, having shared a bag or three of Tasty Bite in the Black Rock Desert with the guy I figured I'd give the Trader Joe's vindaloo a try to see whether my friend's taste buds were still covered in playa dust or if he was on to something good.

The verdict? Proceed with caution. What my friend describes as "a good heat" is actually blazingly good heat for something out of a box. I was ready for heat. I wasn't prepared for THE SEVEN FIERY TONGUES OF AGNI! I was, for a moment, a burning man.

Once I'd drained my water glass and the spice shock had washed off what was left was some decent food. The texture of the meat reminded me of going to get a late bite at an Indian place on a slow day when the food has been warmed to near-death but still manages to be good. It's not the best Indian restaurant -style fare you can find, but it is likely the best that you can find in a box. 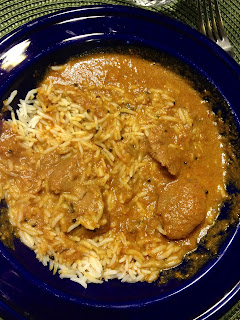 While I was picking up the vindaloo I noticed the veggie pakoras pictured below. They were also tasty for frozen, boxed food but there wasn't nearly enough sauce included for the fritters. I'm looking at you, Trader Joe, if that is your real name.

I really should have picked up some naan while I was at it. I'm a bad food snob. 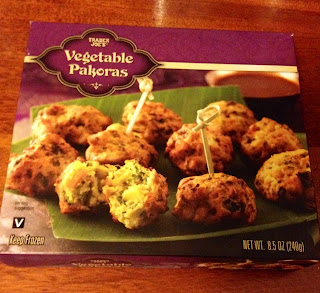 Thanks for the tip, Sean!