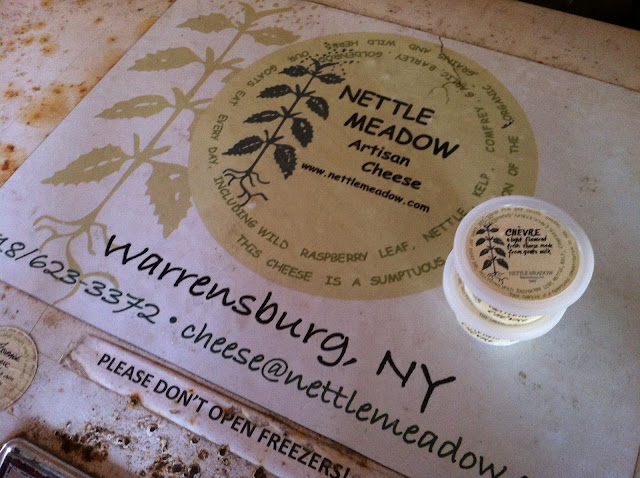 "When Europeans started settling the Adirondacks around the beginning of the 19th Century, a lot of farmland was sold to prospective farmers. It turns out that the people selling the land weren't giving the prospectors the full story: Adirondack land is mountainous, it's rocky and it's very hard to grow crops. Many settlers lost their shirts, and more literally, their farms. But those who persisted in those early days worked the land, struggled hard and managed to eek out a living." -Uncle Stretch, giving me a history lesson about the area surrounding Lake George.

While I'm sure cousin Sam has an alibi for the day of the $30 million Maple Heist* in Quebec, I'm fairly certain that his small-scale sugaring business can't help but benefit from the shortage: Montreal pretty much controls the market, so a bump on the chin to the tune of $30 million almost feels like Karmic justice for the little guy.

$30 million of syrup is a hell of a lot of liquid gold, but I'd rather not have to deal with a cabal that price fixes Maple syrup. Something stinks in Montreal. Just saying.

I believe it is important to have a direct connection with your food: a personal relationship with food makers, like Sam Caldwell of Bixby's Best Maple Syrup and Tim Smith from Community Greenhouse Partners, and relationships with the chefs, the vendors and the earth itself.

A great deal of what ended up on the table this year at my aunt's for Thanksgiving came directly from the ground.

It is also my privilege to get to know the chefs who make my food, Jill Vedaa, Jonathon Sawyer, David Wees.

And believe it's essential to get to know food vendors like Josh Epple from Drewes Brother's Meats or Gordon Edgar from Rainbow Grocery Cooperative.

Of course Gordon ("Zola") Edgar was the first person I sent a Facebook mesage to as soon as I had left Nettle Meadow Farm and got back to semi-civilization where there are cell phone towers.

"Just left Nettle Meadow, they send their regards. Aunt told them I was from SF and they asked about Rainbow. Worlds collide! Pretty cool!"

Once past a sign boasting upstate New York's biggest pile of goat manure (an "attraction" I skipped, mercifully), we pulled down a dirt road leading to the farmhouse nestled amongst rough, rocky hillsides with large open pens dotted with livestock.

We were greeted by Lorraine Lambiase and Sheila Flanagan as well as their seasonal intern, who helped us select cheese for Thanksgiving dinner and patiently answered my probing questions about their cheese ripening room, mold inoculation, recipes and animals (most of this information is online, and they give tours).

We left the farm for Bolton Landing with several small packages of fresh chevres and fromages blanc along with their award winning washed-rind cheeses, the Kunik triple-créme made with goat and Jersey cow milk and the Three Sisters, which adds sheep's milk. 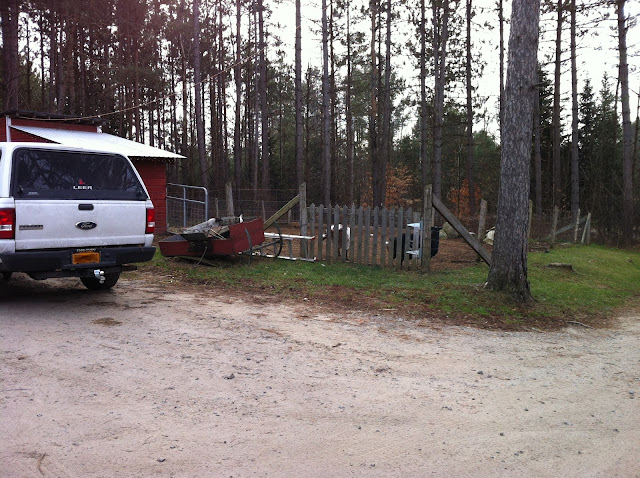 Of course, I probably fared better than many of my pals back in California. The Kunik and other Nettle Meadows' cheeses often sell out just before Thanksgiving (this year, we hear, Edgar was able to secure a secret stash of the cheese just prior to the holiday).

I ate the cheese right off the farm, and let it age a few days at ambient temperature. When I got back to San Francisco I bought another half wheel (at an eyeopening $32/lbs) which I knew would be a few weeks older than the version I ate in New York.

As a younger cheese, the Kunik has a creamy mouth feel that settles into a nutty, more complex version as it ages. The older version I ate had sharpened a bit, with still detectable herbal notes, savory grasses, and a hint of cilantro (possibly a sign of the cheese starting to turn*). I'm sure it differs from batch to batch, season to season.

The cheese held up due in no small part to the manner in which it was made, transported and cared for by my cheesemonger (really, cheesemongers, since Rainbow employs an entire dedicated and devoted team in the cheese department), but is delicate enough that under rough handling I could see it turning on the consumer very quickly.

* The basic life-cycle of a cheese: milk is introduced and contains fat, sugar and protein. The sugars are consumed by lactobacillus and converted to acids, which unroll the proteins like casein in cow's milk creating stretchy curds, or curdles the proteins in non-casein milks like sheep and goat. Eventually, nitrifying bacteria will penetrate the cheese and convert the acids to ammonia - this is cheese death. Ammonia renders a cheese inedible - a turned cheese will have a strong ammonia smell and taste bitter.

Such is the way with cheese: it can be forgiving and it can be cruel. Making, transporting and storing is fraught with peril.

If you can get some Nettle Meadow Farms cheese from the source, Lorraine Lambiase and Sheila Flanagan, I urge you to do so. If you are out on the West Coast like me, well, the cheese is in good hands with Gordon Edgar and team.