It's Showtime at Benihana 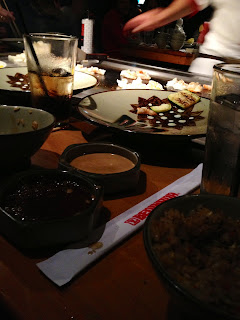 I went to a Benihana for the first time in a long time the other night. A guy named Ramon was working the big griddle for us. He made a Mickey Mouse head out of frying rice and a volcano from a stack of ringed onions. He recited jokes and flipped shrimp tails into his hat.

I didn't hate it. The food was good. The service was fun in a hokey way. All was as promised and exactly as I remembered it from past experiences. I can't number the times I've sat in front of some guy joking with, chopping and flipping my meal. I've heard countless stories of loved ones sharing birthdays, prom night dinners, and anniversaries in one of the chain's many locations. There's something to be said for a place that can deliver the same experience across multiple locations and years.

Benihana has grown from a single West 56th Street, NYC restaurant that nearly failed in 1964 to 116 owned or franchised restaurants throughout the world today. From juggling multiple jobs to keep the first restaurant open to corporate difficulties and missteps along the way I'm sure that the work is still as difficult and thankless as operating any restaurant, but the reward has been a successful exception and not the rule.

So, go on and grab a "tiki mug" full of something sweet and boozy, watch the shrimp tails fly, and have some laughs with, not at, Benihana and their American success story. 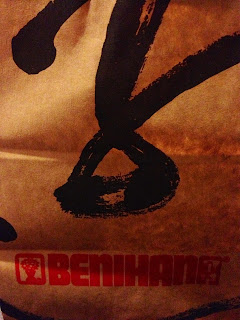