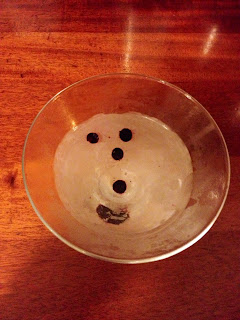 I can think of about a hundred reasons why it's a good idea to keep a bag of frozen blueberries in the freezer: waffles, pancakes, yogurt, shakes, shiners ... the possibilities may possibly be endless. Last night I made myself a Kangaroo and I had the notion to garnish it with frozen blueberries. It was delightful and it helped keep my cocktail chilled as well. As a bonus, while the blueberries warm they leave interesting little trails behind them. Try one with a creme brûlée some warm night.

And while we're on the subject, I appreciate that a vodka martini is not a martini but I've never cared for the name Kangaroo for this cocktail either. For one thing vodka and kangaroos don't mix, which doesn't necessarily make it a poor choice for a name but it's a bit of a reach. For another, across the Eastern European "Vodka Belt" the only 'roos are in zoos. Did some tipsy barkeep confuse Austria with Australia? Perhaps, but I'd be happier if he'd called it a wombat or a dingo. At least those words are easy to pronounce while drunk. Imagine wrapping a fat tongue around "kangaroo cocktail", then imagine being asked to leave.

I've recently taken to calling the vodka cocktail a Tiffany, after Tiffany Case in Ian Fleming's Diamonds Are Forever which is where that wrongheaded "shaken, not stirred" business started. It find it to be a far better fit of a name for an elegant cocktail than calling it after some hopping rat-like beast with a spawn pocket.

Call it what you will, I'll call it delicious and will raise a Tiffany to you, good readers. Cheers! 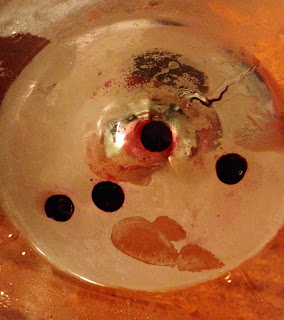 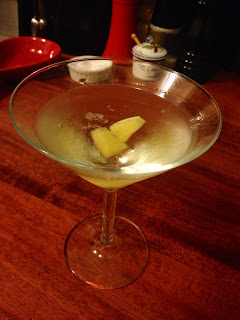