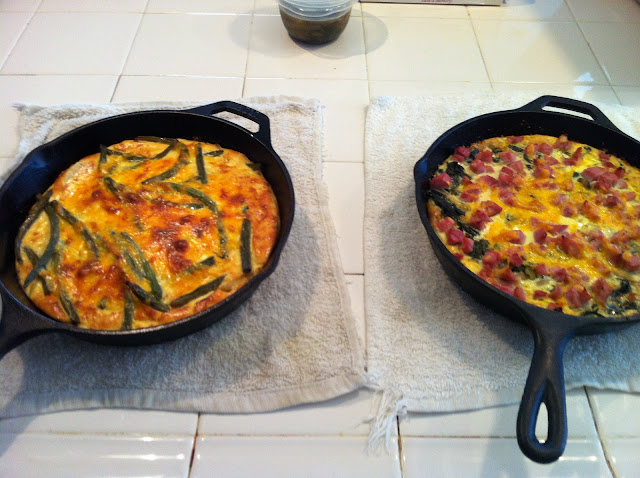 Of course everyone has some nerdy uncle or pun-making aunt who insists on pronouncing it not "keesh" but "kwikee". You were embarrassed as a kid but now you find yourself repeating the same tired old puns and jokes to your nieces and nephews, your friends kids and perhaps even your own.

Those of us of a certain age can remember "quiche" being reviled as some sort of sissified breakfast, some lukewarm brunch thing to be eaten with fruit and tea in the company of effete Europeans, perhaps.

It was not until later that you learned that the effete Europeans gladly eat whatever moldy piece of months old milk curds found left in a barn, they dig oysters and clams out of the mud and shuck them on the spot, that they cure their meats and eat them raw, that they get their hands dirty, drink before noon, live and screw and play and basically have a much better time than most of us sadly ignorant slobs and our Velveeta.

Well, thankfully America is waking up and eating real food again, before you accuse me of being anti-American. And that's great.

There is nothing dainty about quiche at all, of course. It's a rough custard, cheese and meat and cream and eggs rudely baked in a rough pie crust and browned rudely on the top and eaten with ones hands, plucked right out of the pie tin, and washed down with a nice hard cider or a hot cup of toddy.

A no-joke brunch or breakfast item for a real man or woman, someone not afraid to get their hands dirty, eat stinky cheese, drink before noon. A real American.

It was my pleasure to spend both Thanksgiving and Christmas this year in farmland, first in upstate New York and later in the Central Valley of California. In both cases I was called upon to make quiche for brunch, an easy to assemble, easy to cook concoction that even the most post-wassail stricken should be able to pull-off (perhaps with the benefit of a nip of bubbly).

Pie Crust:
If you do not have a dough cutter like my grandmother and mother and aunt have, you'll want a food processor like a Cuisinart.

My grandmother, mother and aunt all used the food processor anyway.

Pulse the butter and flour until the mixture takes on a grainy texture, like loose topsoil or breadcrumbs.

Transfer to a cutting board and spray with cold water, gently forming together until the dough forms a cohesive clump. When the dough is cohesive, wrap in plastic wrap and store in the refrigerator for at least 30 minutes.

The one trick I've seen for rolling that seems to make things work more smoothly for the novice is to use the pin to "push" the dough into shape: roll out the dough into a thick disk, push down vertically on the dough in regular intervals parallel to each other, rotate the disk 90º and repeat. You'll have a grid of indents in the dough, but you will have flattened the dough out without stretching it out.

Flip, flour and roll out: a few rolls, rotate 90º, a few rolls, etcetera. Repeat until dough is about 1/8th of an inch thick.

Fold in half then again into quarters and transfer to a pie tin. Unfold and press into the tin. Fold excess over the rim and use a rolling pin to trim with the edge of the tin. Just go watch the Pepín video already.

I know, it's a lot of work for something with three ingredients.

Alternately you can:
Basic Quiche:

Feel free to substitute cream with yogurt, sour cream (creme fraiche), mascarpone cheese, milk or half and half.

A standard sized pie tin will hold a quiche with 6 large eggs and a cup fo creme plus "stuff".

Stuff:
Mix the stuff, eggs and cream (or sour cream, or yogurt, or milk or half and half), season with salt and pepper optionally and bake at 350ºF until the eggs are 85% set (a little jiggle in the very center should finish with "carry-over" heat after being removed from the oven).

Two medium sized quiches with three eggs each cooked for 35 minutes. A 12-egg mega-quiche I made recently took about an hour to cook.