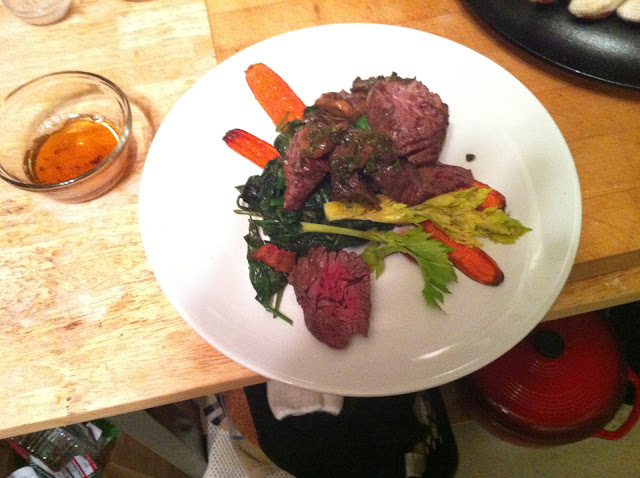 My first encounter with James Beard was a book - less a cookbook and more a memoir - that my dear friend Lisa bought me one year for my birthday.

In one chapter, Beard describes the proper Beef Stroganoff, a quick sautéed dish with a sauce of creme fraiche and butter and booze. Beard laments the dish's sad modern form: cheap cuts, braised in wine, cooked forever and ever, and finished with sour cream.

My mother made this latter version - which was an edible, filling stew - but it wasn't the transcendent dish that Beard describes:

In making dinner the other night I realized I did a version. Good Italian parsley is key. 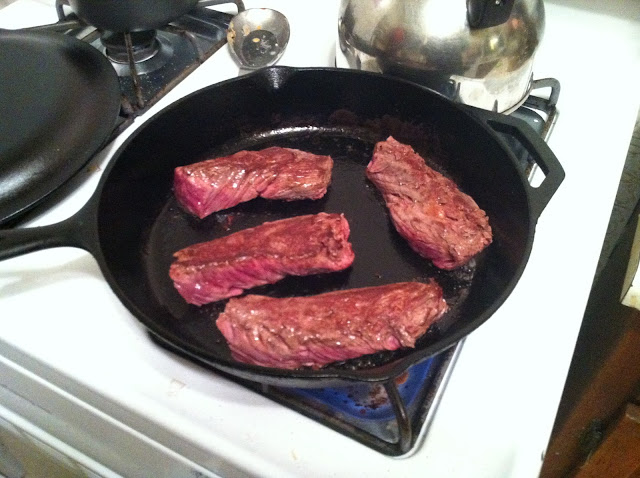 Salt meat on all sides and let come to room temperature.

Brown steaks, cut in halve to form 4 pieces, on a large hot cast-iron pan in clarified butter, about a minute per side, and set aside.

Sautée mushrooms, browning first then adding a pinch of salt.

Cover and cook in oven for 7-8 minutes.

Move steaks to a plate to cool and build the sauce:

Return pan to stove. Reduce beef and mushroom "jus" - adding any juice that runs out of the steaks.

Add white wine and half of the parsley. Reduce by half until jus is "napé".

Remove from heat and mount with cold butter.

Slice onglets, against the grain (usually on a rather severe bias) into 1/4 inch slices.

If you want to go full Stroganoff, add a dollop of creme fraiche. 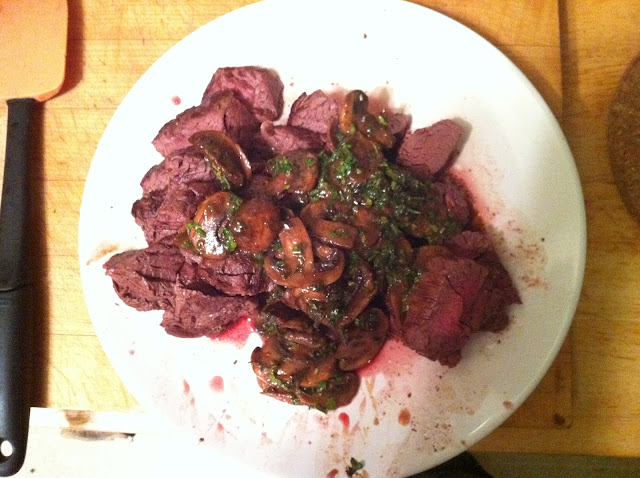