Night had fallen on the glistening city. Sutro Tower blinked in the distance, in rhythm with passing cars and ambulances.

In a dive bar at the edge of the Mission, the shiftless barkeep polished glasses while keeping his steely gaze upon his two customers: the reporter (yours truly), and "the intermediary."

The reporter met with the intermediary, his contact, who would bring "the credentials."

I knew he was the intermediary because of his round, rimless glasses and his unmistakable order: "PBR and a shot of Powers."

"Do you haf zee credentials, komrade?" spaketh me to a stout, hooded, devious looking man sitting two seats down from me.

"Shut the fuck up and buy me a shot Chris," snapped the intermediary back at me, as he produced a badge - an assumed identity. This token that would grant me access to the den of secrets - a vaunted hall, no, halls where agents and fortune-seekers alike would ply one another with the newest wares.

"Yeah, sure, but is Tullamore Dew OK? These jerks still refuse to stock Powers."*

In a flash (and a clink of the glass) he was gone. 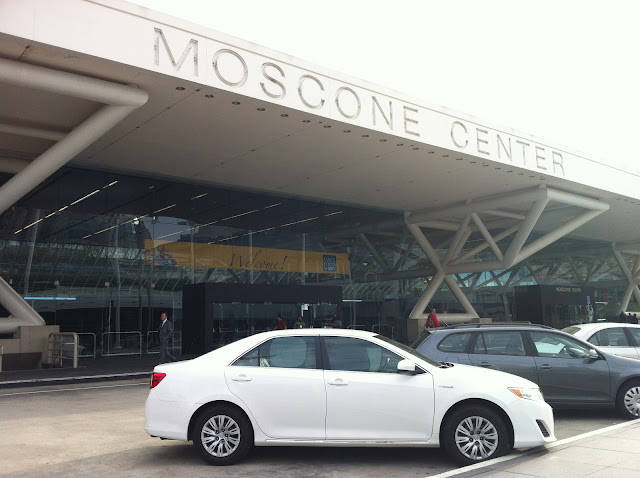 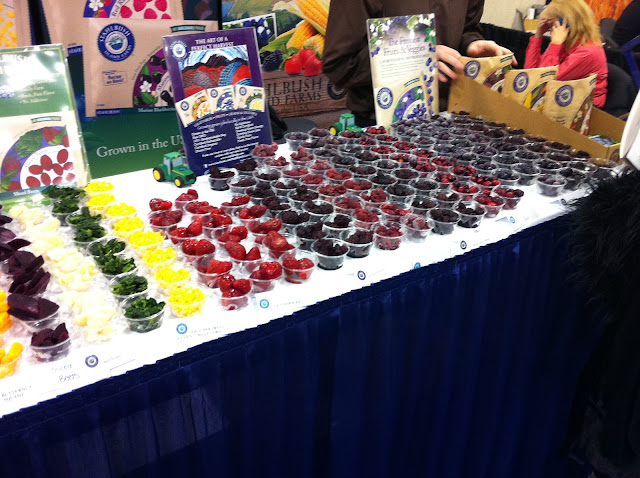 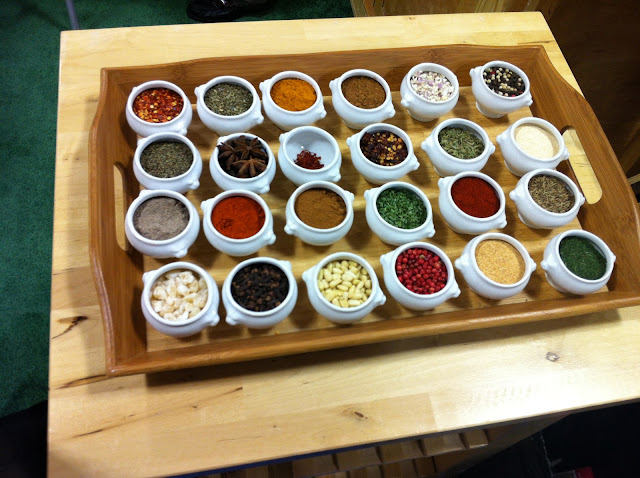 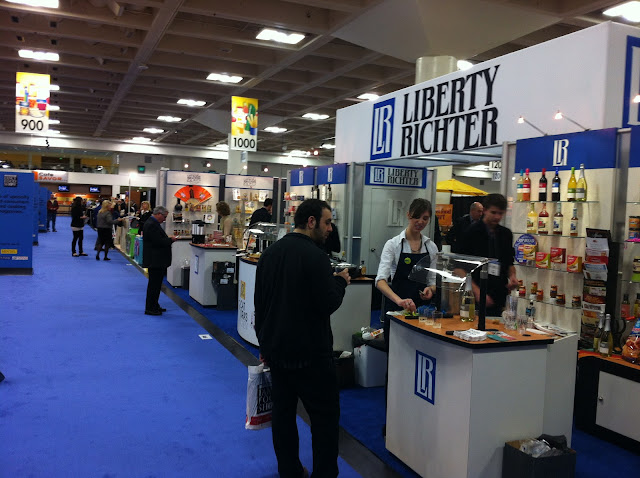 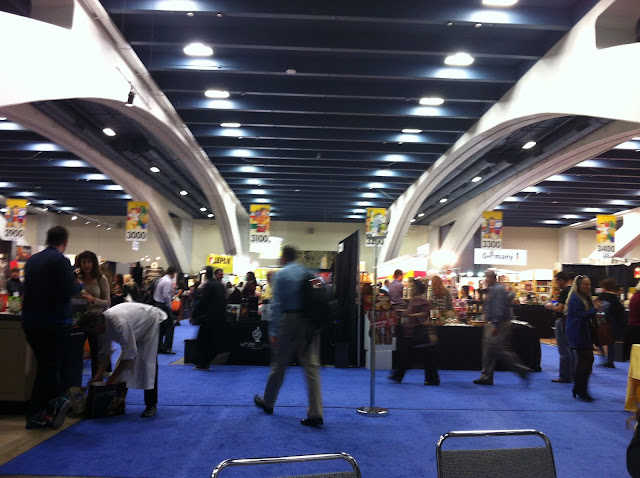 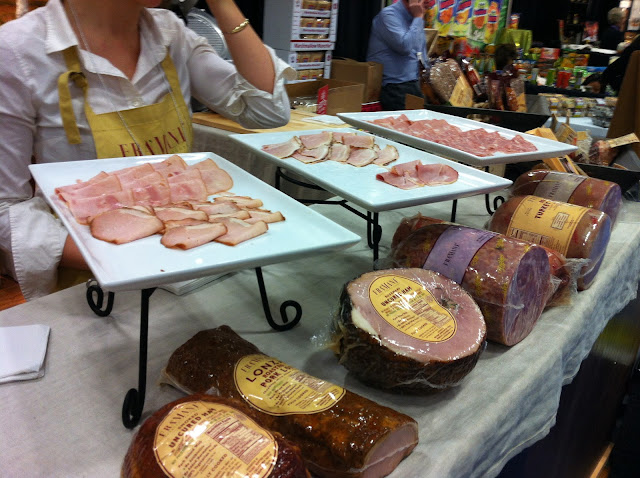 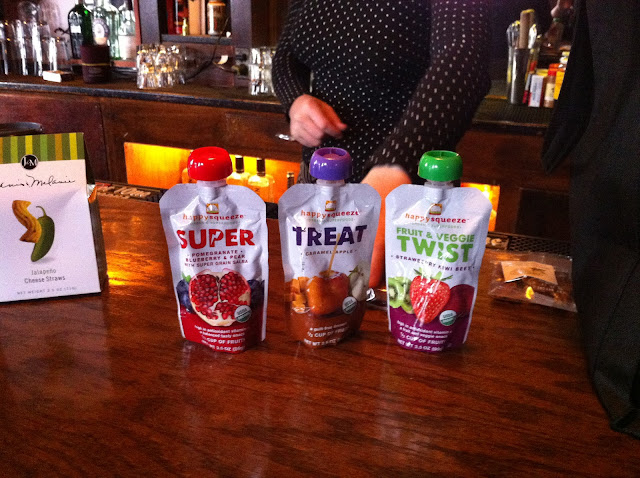 Maybe he read my review of Cat Cora's restaurant in SFO, but the guy at the Cora booth was not thrilled to meet me. Granted, I faux'ed the pas by dipping my cracker into the olive dip - to which he responded as though I had smothered it in staph ("...grumble... gluten..."). Keep it pure, brother.

Cat Cora is importing all of her product from Greece. All of the bottles are made in Greece by Greek workers. Boutique items, and not yet available in bulk. Of course, I prefer to make tapenade a'la minute.

Gluten free foods were big this year, along with coconut water and all sorts of tea.

Several large booths were set up by large importers of canned food, dried pasta, and all order of pantry items. One was the importer for Coleman's Mustard Powder. I secretly wanted to snag some, that stuff is the bomb.

And of course, many were more friendly than my initial contact: the Bob's Red Mill folks were quite fine, as were the prickly pear cactus folks, and the groovy Japanese folks giving out shots of Shochu.

Then there was this encounter:

Me: Hey are these sample boxes (of hot sauce) for taking?
Guy: No, sorry.
Me: Oh, sorry. People have just been grabbing them but I didn't want to assume.
Guy: No, those aren't for giving out, but since you were honest about it, go ahead and take one.
Me: Groovy! Thanks

Vendors ranged from barely-recognizable processed foods with tri-syllabic ingredients to hand-sewn hemp wearing hippy purists trying to save the world one unbearable pretentious tirade at a time.

Sometime near midday I started experiencing grazing fatigue. I stepped outside then to the second of two giant exhibit halls hosting the show (Moscone North and South). That was when I ran into none other than Lev Kilun (Lev's Probiotics and Lev's Original Kombucha):

Lev: Chris! I was wondering who next I would run into here that I know.
Me: Good to see you, Lev, how's the show treating you?
Lev: Good good... say have you been to the German stall yet with the sausages?
Me: German stall, tell me more?
Lev: You have to go to Moscone South, in the back they have all the internationals - Italy, France, Japan, Brasil, Spain, Korea. It's the best part of the show!

I thanked him for the advice and dodged security again to go to the South hall.

A note on security - the "rules" state that attendees can't leave with samples. No one adheres to this rule. Left-over product is donated to the San Francisco Food Bank at the close of the show - and according to posted signage attendees with "grab bags" of "expo schwag" will have their food confiscated and donated to the Food Bank. Of course, no one honors this rule and security doesn't really enforce it (save for some cheeky Kabuki efforts to appear to be almost enforcing the rules).

Schwag is the reason to go to the show (and, like all trade shows, to look at the "eye candy" - male and female, SF doesn't discriminate - tending to the stalls).

And while the San Francisco Food Bank receives literally tonnes an unknown, perhaps dubious quantity of food a year from the Fancy Food Show, I didn't mind lining my pockets (okay, two large reusable grocery bags) with some product.

One product struck me as unabashedly irresponsible - a dashi-based soy sauce made by dried, cured tuna belly. At retail, this must be extraordinarily expensive. Tuna is over fished to begin with, and leave it to the Japanese ("fuck it, we still hunt whales!") to distill it's essence.

Also, Tabasco chocolate. What the food? 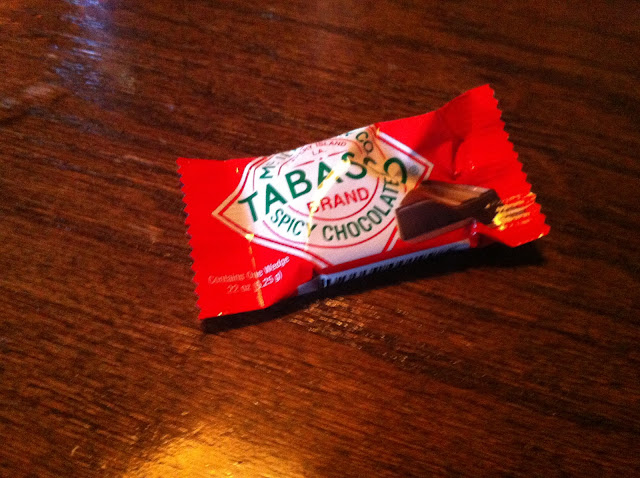