A Few Minutes with the Ghost of Drunk Andy Rooney 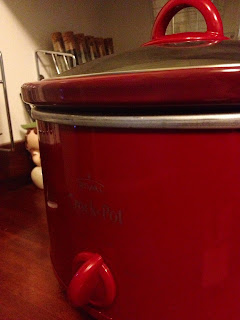 "I'm proud of my Irish heritage, but I'm not Irish. I'm not even Irish-American. I am American, period." - Andrew Aitkin "Andy" Rooney

There's a corned beef from Costco in the slow cooker. I know. I know, but I'm a long drive south of  Tommy's Joynt, and I haven't found a good butcher here yet. The brisket's not for me, (mostly a lie), it's for the Wee Wonder who has had her head filled with a bit o' the blarney at school. It's for the kid with the leprechaun trap in the back yard. It's all part of her indoctrination into the half-truths, false histories, and outright lies that are Americaland's version of St. Patrick's Day. Still, for the kids it's fun.

I'm not going to re-corned-beef-hash everything that the Internet has already told you about God Hates Bartenders Day. I'm not going to remind you that Guinness was the product of those who oppressed the Irish. I'm not going to go on about the bullcrap surrounding Jameson and Bushmill and who owns them both or make a peep about anyone chasing snakes. Why piss on the party? The bulk of AMERICALAND's population loves a bunch of lies and stereotypes bundled up into an entertaining "truth". If it gives them an excuse to drink they love it all the more.

So, I'm going to have fun. I'm as Irish as a kilt but I'll wear something green and dance a jig with the wee wonder as we check the leprechaun trap. I'll put on the farmers' market cabbage and potatoes when the Costco corned beef is ready. It balances things out, right? Just like a Diet Coke after Triple Chocolate Suicide Cake? Besides, I've heard that Costco is getting tough on their meat sourcing these days so how bad could it b ... oh, yeah, preservatives. Well, around here our diet is mostly preservative-free so I suppose one GIANT brisket and a few days of leftovers won't kill us. And aren't the cartoon Irish always shouting "SAINTS PRESERVE US"?

Speaking of mischievous leprechauns and cartoon Irishmen, as I was putting the beef into the slow cooker this morning I was reflecting on The Taste when some things hit me that my enthusiasm for the show had caused me to miss: The arrogant, womanizing Frenchman, the warm, comfort food-embracing Earth Mother, and yes, the mischievous, and sock-less, leprechaun. Lefebvre, Lawson, and Malarkey were all camping it up for Hellman's while the contestant we were all rooting for took down her out-chef-ed competition, amateur and pro alike, for the win.

Surely someone has created a drinking game around it already. Yep.

So, while you're sweeping snoring leprechauns, (douchebags), or their gold, (vomit and urine), off of your stoop this fine day remember the words of our founding fathers: We Drink to Forget. And, in that spirit, I give you a polish drinking song. Why? Because America.