A Shot for What Ails Ya 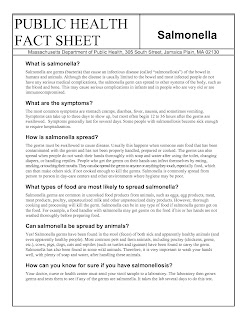 Folks just love to kick a place when it's down. The most recent example is the "diarrhea of the press" that Noma, Restaurant Magazine's "World's Best Restaurant"* is getting. Sure, giving 67 people food poisoning because your employees can't wash their hands is no small matter, but I find it interesting that nearly every headline either mentions or in some other way snarks at the restaurant's magazine-bestowed title. You don't see that kind of finger wagging when large factory farms spray feces-laden water on your produce. They mostly just warn you off of cantaloupes. I guess the headline wouldn't be as precious.

That said, food poisoning happens. A bad burrito here. An improperly washed apple there. It has happened to me, a raw quail egg with some bone marrow and *blammo*, and recently I even did it to myself. Food safety experts tell us that quick-thawing thinner cuts of beef is safe but that thicker cuts are likely to permit bacterial growth. I had some frozen beef a "little" on the thick side so I decided to take a chance. I fought the laws of food safety and the law won.

Actually, it was fine at first. Where I pushed my luck was with some leftover beef the next day, when the bacteria had some room to grow. That's when it hit me, hard. I'm not going to give you unpleasant details. Like the monster movies tell us, there are some things people shouldn't mess with and food safety is one of them. Stick to thinner cuts when quick-thawing meat, folks. It's not an envelope I'll be pushing ever again.

What to do about it? I didn't want to wait for it to run its course so I Googled for guidance. A lot of pages, some by doctors, recommended apple cider vinegar and bed rest. The vinegar to kill the bugs and bed rest so the body can mop up whatever is left. So, I took a shot glass of good apple cider vinegar, with a mother in it, straight to the gut, no chaser and went to sleep.

It worked. I awoke wiped out from what my body had gone through but with no symptoms of salmonella. I've recommended it to others and it has worked for them too. Sometimes it takes a second shot but that's the most I've heard. I've read that diluting the vinegar works too, but I wanted fast results, no matter how unpleasant the burn of straight vinegar on the throat and gut may have been. If you still have symptoms after that, see a doctor if you haven't already. Children and people with compromised immune systems could see a doctor at the first sign of food poisoning. Once your symptoms are gone, start rehydrating.

So, if the "World's Best" or the world's worst restaurant gets you down, or even if you do it to yourself, take the shot. It beats the alternative.

---
*It appears I'll have to adjust my fantastic food voyage until Noma gets some hot water.
By LMj at March 09, 2013