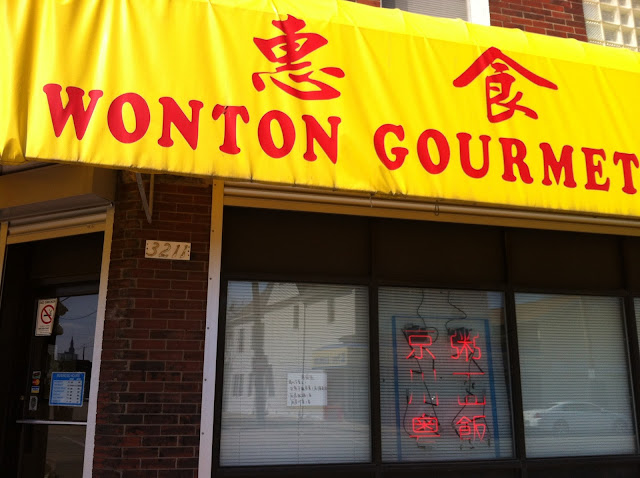 In 2000 I worked in a building at the base of Telegraph Hill, across the street from Levi's Plaza in the Barbary Coast area of San Francisco.

The Embarcadero is paved over reclaimed land. Much of the landfill is gravel and garbage, and some of it is buried shipwrecks.

Portland may be famous for coining the term "Shanghai" (verb: to drug then kidnap unsuspecting patrons of coastal saloons and brothels, often using opium tinctures, and forcing them into slave labor on the open seas or allegedly in distant ports such as Shanghai), but San Francisco had a reputation for the practice.

Of course, these tales are likely more fiction than fact, part of the wink-nudge cultural charade that is played out in places like San Francisco's over-the-top Chinatown and in Chinese restaurants the world over: paper dragons, waitresses of various origins with their hair pulled tightly back to simulate an epicanthic fold, faux silk dresses, krab rangoon, pools or tanks stocked with carp, flaming sugary rum drinks, "table drama" like only pseudo-Chinese food can do.

For that reason I stay out of Chinatown in San Francisco when I want to eat the real deal. I steer clear of 90% of Chinese restaurants because I don't want DayGlo orange, high-fructose corn syrup drenched fried garbage. I love a "krab rangoon" but Chinese food it ain't. The food that passes for Chinese, even in a city like San Francisco, is pretty bad stuff despite our large Asian population and the passion our restaurant patrons have for authenticity and adventure.

(A notable exception, and a possible explanation for their Mercurial rise in popularity, is our beloved Mission Chinese Food: a kitchen run by a Korean-American from Oklahoma who cut his teeth in New York City - melting pot!)

The Barbary Coast was far enough from Chinatown to assuage my general avoidance of Chinese food north of Market and east of Powell. The best restaurant near my office specialized in seafood, serving what I was told was very authentic Hunan and Sichuan style dishes often involving still-crawling sea beasties. It was some of the best Chinese food I had the pleasure of eating, and right across the street from my office.

Thankfully for my waistline and unfortunately for my stomach, a rent hike drove them out of business. I would have to walk nearly a mile to the House of Nanking (an exception of the Chinatown proximity rule serving terrific prix fixe lunches).

Neither the restaurant across from my office or House of Nanking served DayGlo "General Tso's" anything (if you must, have the Mission Chinese Food "General Tso" braised veal rib - assuming it's still available). 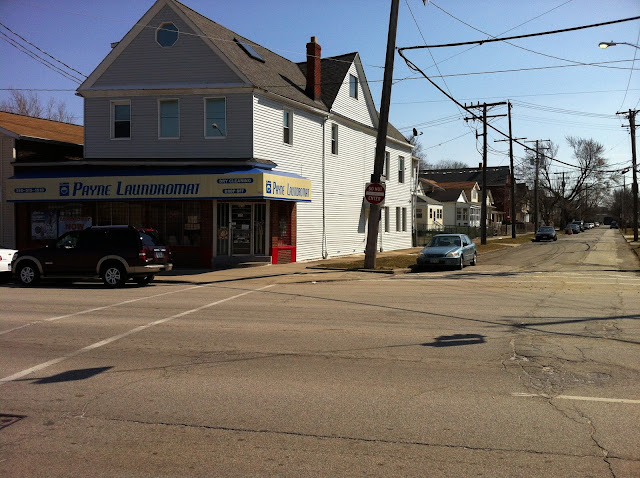 Did you know that DayGlo was invented in Cleveland?

The factory remains in operation in its original location on East 45th and Saint Clair on Cleveland's east side. Someday, dear reader, maybe I'll take a tour.

More of interest to me, and to this blog, is Cleveland's Asiatown, bordered roughly by Superior, Payne, East 20th and East 50th streets. Venerable, and authentic, Asian cuisine abounds - believe it or not - in places like Bo Loong, Superior Pho, Siam Café and Wonton Gourmet.

Bo Loong had always been a secret haven for Chinese food known to few outside of the Asian community (the Frugal Gourmet tipped his hat to a few Cleveland restaurants in his book The Frugal Gourmet Cooks Three Ancient Cuisines: China, Greece, and Rome, including Bo Loong).

Siam Café was popular with the late night, heavy drinking service industry crowd - a sort of vacation from going to all the same popular downtown restaurants and bars where they all worked (and spent away their tips).

Wonton Gourmet is a similar such place, recently hipped to me by my friend Pyster (the name originates in the vibrant 1980s 216 BBS scene). Pyster is as devoted to seeking out the best, most authentic Asian foodstuffs as he is to the City of Cleveland. This begs the question, why Cleveland? For Asian food? Pyster would answer "because it's better". Sadly, that is often times true. 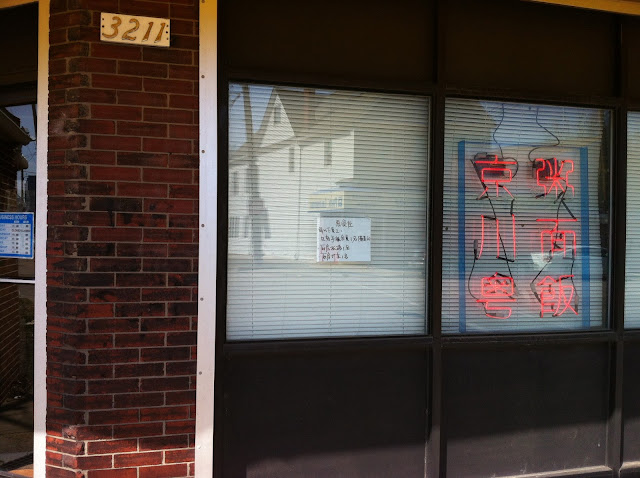 Don't worry, this is not one of those "no Mogwai for round-eye" places: patrons unfamiliar with the food can point to pictures of menu items placed around the walls (which Chinese and English subtitles).

The staff is brisk but friendly, and are happy to serve up Chinese food that I would expect Tony Bourdain to tuck into in Shanghai or Andrew Zimmern in Taipei, but not il Dottore Gustavo in Cleveland, Ohio.

"I'll start with the pork pot stickers, salt grilled whole shrimps and the crispy pork intestines," I told our waitress, who brought a hot pot of tea to the table.

And with that, we were off:

The aforementioned pigs intestines - Chinese chitterlings - came with a hoisin based sauce and were indeed crispy, fatty and well, "intestine-y". Either you love it or you hate it. I liked them a lot better with the addition of hot chili oil, one of the few condiments at the table.

At that very moment, Pyster bit into the head of a shrimp, sending a splattering of shrimp brain all over his hands. A beat - a laugh - and everyone reached for their own shrimp. The brains are the best part, after all.

The pot stickers were crispy on the bottom with relatively thin skins - a style I prefer. The pork filling was soft, slightly sweet and with just a smattering of white pepper and chives. Simple is best in this humble dumpling. A well made pot sticker is for me the true test of the competency of the kitchen for any Chinese restaurant (and do they make a good Ma Po, which I'm sure Wonton Gourmet does).

Rounding out the meal, we had a fish stewed with a brown chili sauce, peking duck with a five-spice scented broth and thin egg noodles and a few more items. All excellent.

Finally, I noticed something new that I hadn't really seen in places like Wonton Gourmet: we weren't the only Europeans in the restaurant.

When I say this place is a destination let me be clear: 32nd and Payne is not exactly a hip, happening neighborhood. The residential side to the south is a mix of Asian and African-american, most homes are humble 2 and 3 bedroom century homes on half and quarter acre plots. Most of the square footage is taken up by factories, such as the DayGlo factory down the street, and warehouses - a few have been converted to live/work space and are often occupied by eccentric artsy and "maker" types.

Pyster lived in one nearby, when he probably first discovered Wonton Gourmet.

On our way out of the restaurant, I looked over as a European-american family, mom, dad, three kids happily slurped noodles and shared plates of steaming mussels, fish and duck. I wonder what the Frugal Gourmet would have made of that.

And that's what's hot in Cleveland. 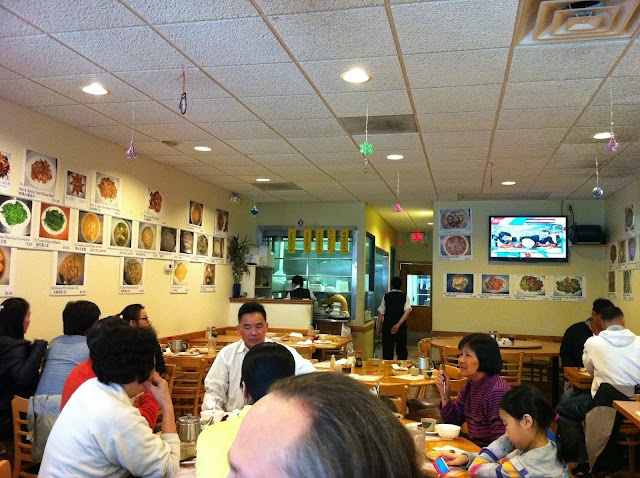 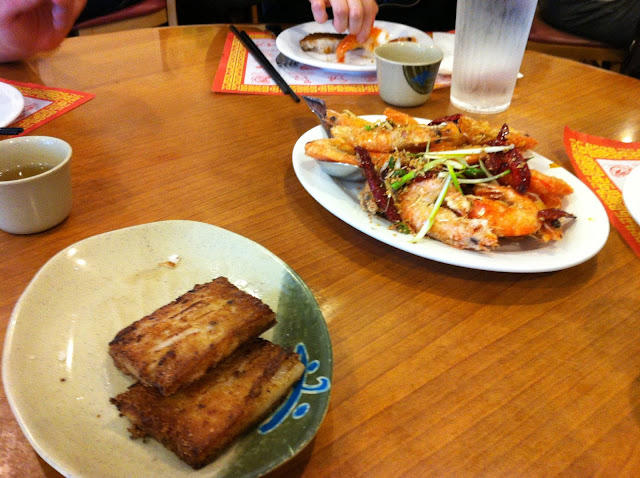 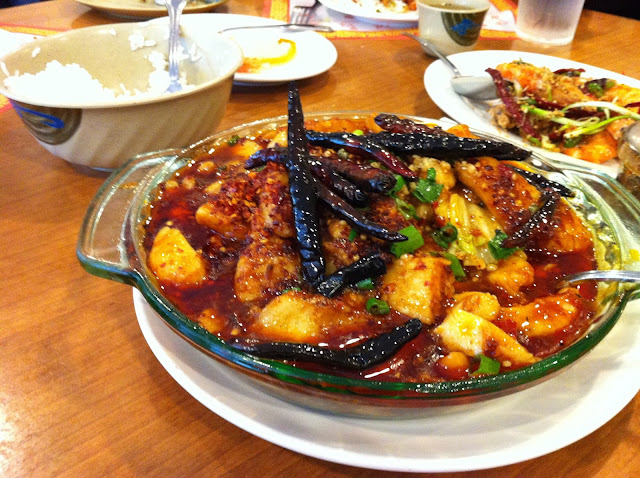 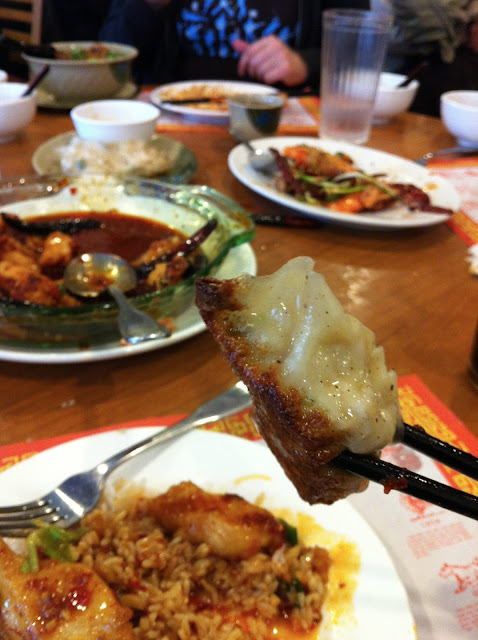 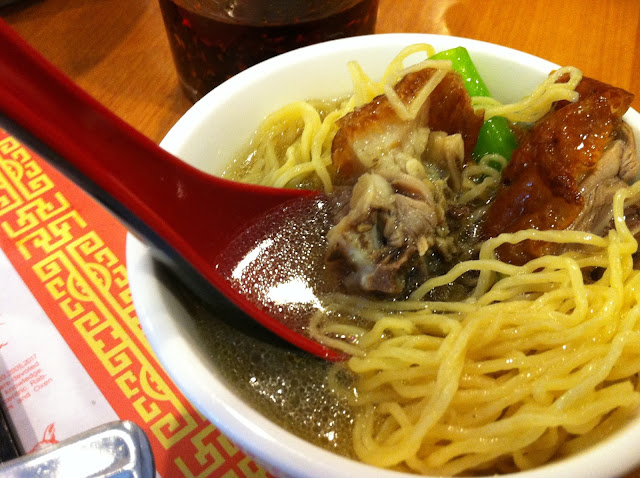