I sit here drinking a lukewarm, bitter cup of over-roasted coffee in a certain Coventry coffee shop trying to drown out chatter and middling piped music with Gillian Welch ("...oh me oh my-oh, would you look at miss Ohio?") on my headphones.

I ordered a toddy, a cold-brewed, high-octane version of coffee I have never seen outside of Cleveland, Ohio (although I presume it must be regional - not just confined to Cuyahoga County). I got a cup of hot brewed instead - easily $1.50 price difference. I didn't correct the barrista, seeing a sign proclaiming "We're moving - The Rent Is Too Damned High."

Why kick 'em when they are already down?

The coffee shop is within a complex of retail/food-service storefronts, built in the 1990s on the ashes of a long since demolished cluster of storefronts that burned down in the 1980s.

Breaking ground on the new complex of stores paved way to the slow decline and death of the Coventry Village scene - a death by a thousand cuts.

First the unfriendly barriers to scare off the hacky-sack players, locally owned stores full of tchotchkes and knick-knacks were pushed out by high rent and replaced by national chains. Then came all the bars. So many bars.

Growth was the justification of trading out a vibrant subculture in exchange for a glorified, quarter-mile long strip mall. After the yuppification of Coventry Village many of us, myself included, left: our roots neglected in the now toxic soil of a "gentrified" Coventry, our ambitions growing beyond Cleveland's economic capacity to sustain us.

In the same complex of stores is a newly opened frozen yogurt shop - occupying the same walk-up store front previously occupied by not one but two other frozen dessert shops.

This one opened in winter, in Cleveland. Frozen yogurt, Cleveland, winter.

In other words, set your clocks because in six months there will be another for rent sign up in the window. Maybe they can put another bar there. 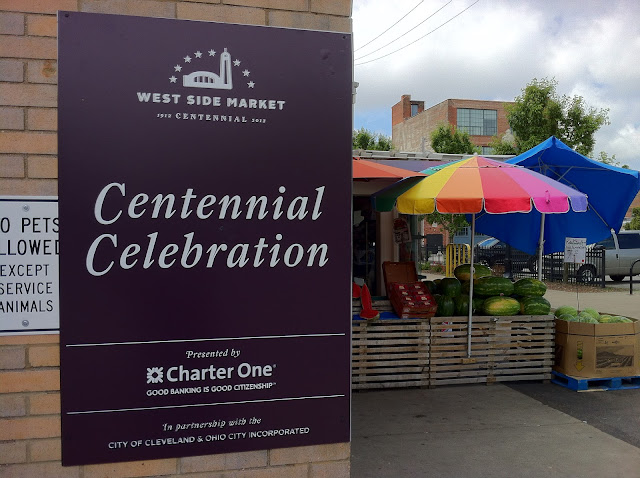 Down the road on East 55th and Superior I looked out over the rooftop of a warehouse converted to live/work space.

To the north and east through abandoned warehouses and factories I could spy the lake.

Directly south of where I stood you could see two large greenhouses and several smaller hoop-houses.

Further south is Slavic Village, a blighted and abandoned community that has long been ignored by generations of Cleveland politicians, businesses and even the police. For decades, it was an "enter and your own risk" open-air drug zone like the ones described in The Wire.

And yet people are starting to move back in - in part maybe due to economics, in part due to an awakening of Clevelanders that ignoring problem neighborhoods is not a solution to blight and that neither is gentrification.

Due east, in the so-called "Midtown" neighborhood, something like gentrification seems to be taking hold: long vacant, condemned houses have been razed and prefab housing "communities" have sprung forth in the area surrounding University Hospitals which owns or controls thousands of acres of the area's commercial as well as residential real estate.

University Circle has also seen some focused growth, much of it around the Cleveland Botanical Garden, Cleveland Museum of Art, Severance Hall, Case Western Reserve University and the newly re-opened Museum of Contemporary Art (MOCA), heralded as an exciting development for the city. I remain cautiously agnostic on the subject for now.

As with the Eastside of Cleveland, the Westside is showing signs of renewal in areas long forgotten and much maligned.

Directly south of the I-90 junction in Cleveland the remains of a vast wasteland of processing plants and factories, all built along the Cuyahoga River from dawn of the Industrial Era until its demise sometime in the 1960s: a decade with the sad and oft-referenced coda of a river on fire. 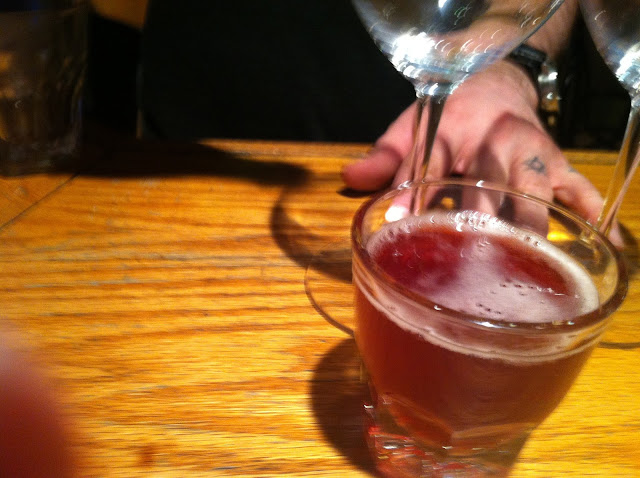 Burning River is the name of the pale ale made by the Great Lakes Brewing Company, founded in 1988 by Patrick and Daniel Conway. Patrick Conway reminds us, in a recent appearance on a local PBS community interest program called Cleveland Connects that beer is over 90% water ("...or in the case of Bud Lite, over 99.99% water..."). Here is a man with a vested interest in the quality of Northeastern Ohio's water, and the quality of water in general (less than 1% of the earth's water is potable).

Watching this particular Cleveland Connects forum, you hear terms tossed around that one expects to hear in the green-belt, the part of America that produces (forgive the turn of phrase) produce: San Joaquin Valley, the Central Valley, the Bread Basket, the Corn Belt, sustainability, water sources, community engagement, farm to market, organic.

These are all terms associated with my adopted home in California but are now being talked about seriously in places like Cleveland, Philadelphia, Milwaukee, Brooklyn, Akron, Chicago, Gary, Buffalo,  Washington DC and the like - urban farming as part of urban renewal.

But it wasn't always this way: oft-heard arguments in city councils across America would question if farming was a highest and best use of vacant real estate (as if highest, building up, and best, namely profit driven use was somehow more noble a pursuit than feeding communities - bringing communities together through self-sustaining gardening).

A sea change has been spreading across the rust-belt that hopefully can shift the paradigm of highest and best use toward community building and sustainable agriculture (as discussed in some detail by Tim Smith, director of Cleveland's Community Greenhouse Partners on this very blog).

Once again the video from PBS's Ideastream series "Cleveland Connects" is here. If you can, please take an hour an a half to watch and understand it's message: 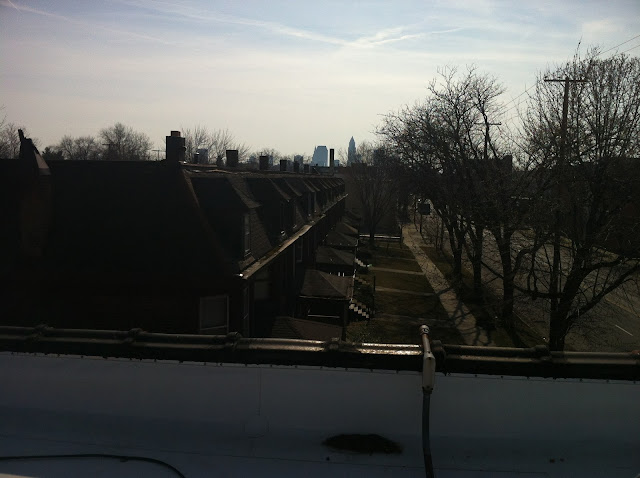 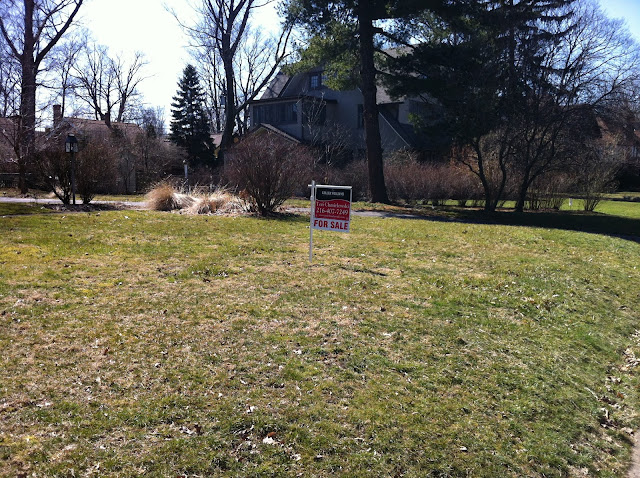 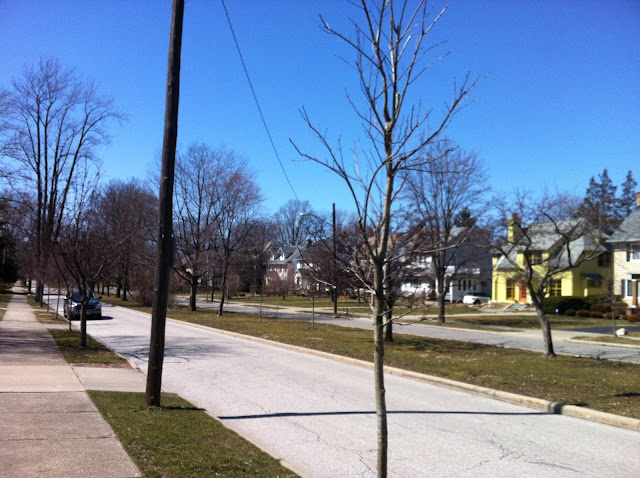 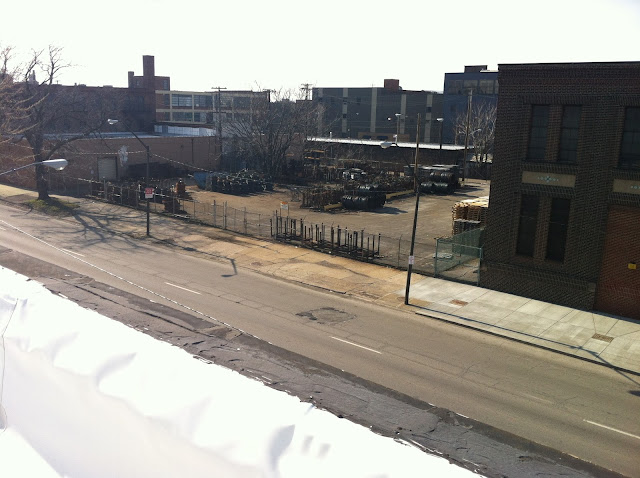 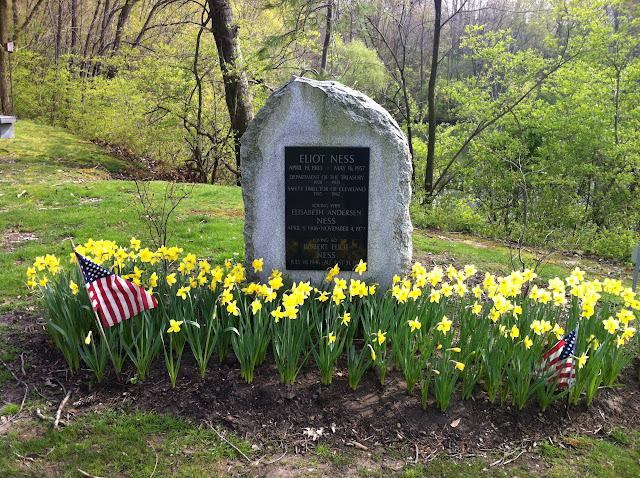 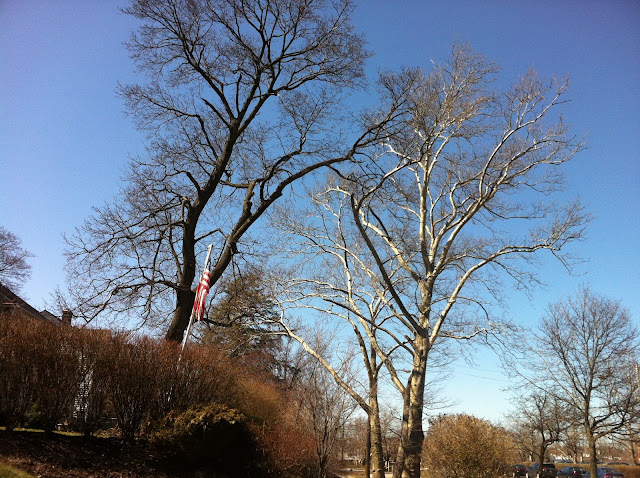 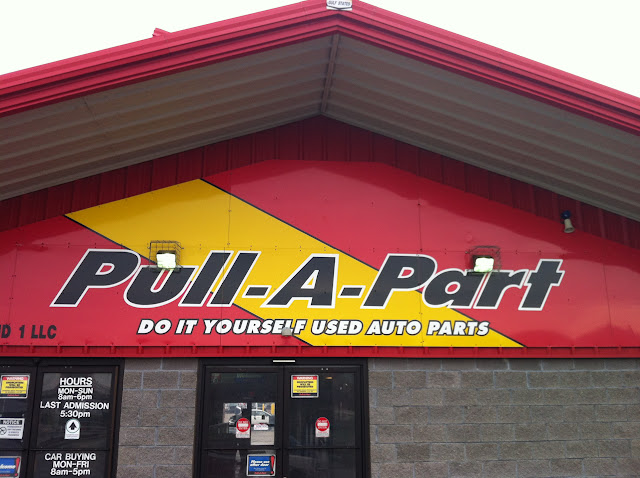