I'd just been reading about the many varieties of avocado, including the Pinkerton, that very day when I  spied a box of Pinkertons for the first time at my local farmers' market. The Atlantic article had gushed about the Pinkerton. Being a big fan of the Haas, and after reading things like "... a more distinct avocado flavor" and " ... it wasn't hyperbolic to say that it changed my life",  I owed it to myself to at least do a hype check on this pear-shaped curiosity. 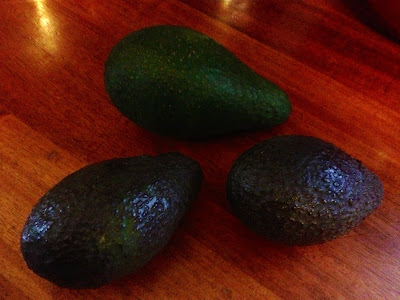 The Wiki tells us this about the Pinkerton avocado:

First grown on the Pinkerton Ranch in Saticoy, California, in the early 1970s, Pinkerton is a seedling of Hass' Rincon. The large fruit has a small seed, and its green skin deepens in color as it ripens. The thick flesh has a smooth, creamy texture, pale green color, good flavor and high oil content. It shows some cold tolerance, to −1 °C (30 °F) and bears consistently heavy crops. A hybrid Guatemalan type, it has excellent peeling characteristics.

Being the suspicious type I'd bought one Pinkerton to try out and a couple of Haas in case things went wrong. It turned out to be a good call because a few days later the Haas' were ready to go. The Pinkerton was ... well, building suspense. 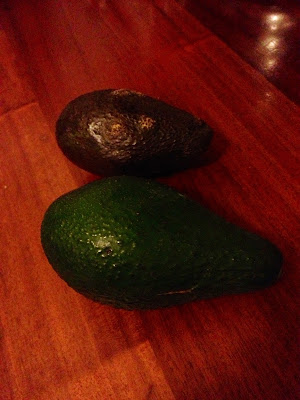 Nearly a week after I'd purchased it the Pinkerton I'd finally felt a bit of give under the skin. I gave it a slice and ... BEHOLD!!! 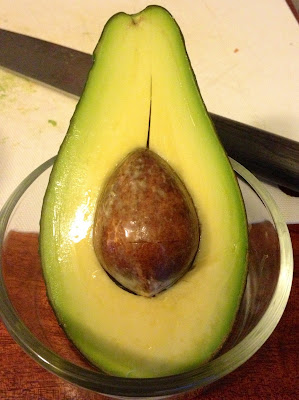 It was a thing of beauty. As I'd read it had a small pit and skin that surrendered its meat easily. The flavor had not been hyped. It was smoother and creamier than the best Haas I'd ever eaten and it didn't have that ever-so-slight bitter taste that is a part of the Haas flavor. It wasn't a good avocado, it was GREAT.

I got a deal on 4 tonight at the farmers' market. I can't wait until they are ready to go. I have some Haas to tide me over, but ... yeah, I'm hooked.

I leave you now with some artsy-fartsy pictures of the simple carrot and avocado salad I used half of the Pinkerton in and my favorite song from Weezer's Pinkerton album because the not-yet-ripe Pinkerton avocado feels "so far away from me" right now. *Sniffle*

Actually, no, I'll take it a bit further before I sign off. Like Weezer's Pinkerton album the Pinkerton avocado wasn't a commercial success. The Haas avocado is king because its roundish shape is more easily managed by sorting machines in the distribution process than the pear shape of the superior Pinkerton. Weezer's sophomore effort featured non-standard chord progressions and darker lyrics that didn't fit comfortably into the expectations of their first album's fans, the critics, or the most of the listening public. Both the album and the avocado have, in time, been discovered, by a growing cult of admirers, to be a treasure.

Hello, Pinkerton. Now, will you please ripen? Please? Thanks. 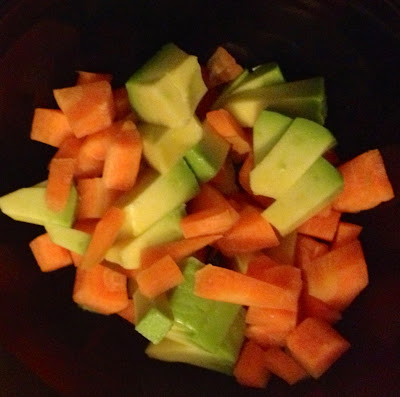 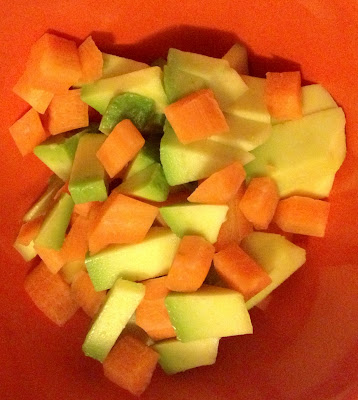 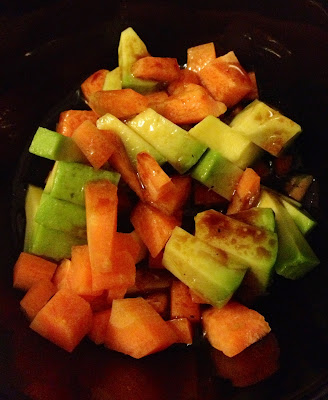 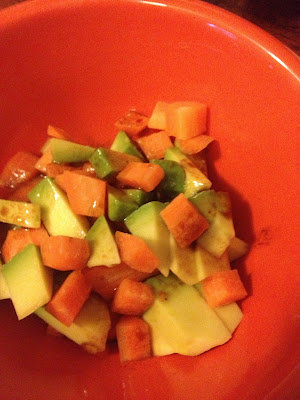