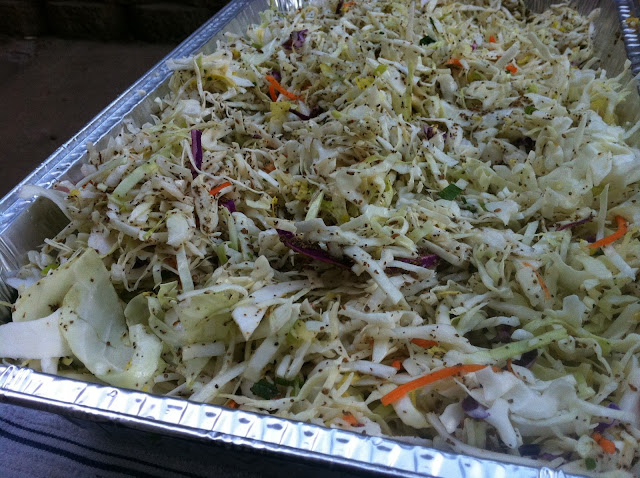 Cole slaw is but one of many different types of slaws, typically any salad made from shredded (or chiffonade) of cabbage or kale (in many cultures the two are roughly interchangeable - Irish, Italian, German, etcetera).

"Health Slaw" is so named, one would think, because it eschews the sugars and mayonnaise of a traditional "cole" slaw (mayonnaise and sometimes buttermilk, maple syrup, salt and pepper being the "canonical" cole slaw).

I don't necessarily agree that having a "low fat" version is more or less healthy - there are a lot of benefits to raw egg yolks, and assuming a "good" oil such as grape seed, flax seed or olive oil is used the end product would contain raw fatty acids that we now understand to be a crucial part of a healthy diet and actually helps to reduce cholesterol.

Given the richness of all the food that would be consumed at the pig roast, having some lighter fare to cut through all that meat and fat is essential.

In the quantity I made this salad we're talking about a net reduction of a cup of oil to 5 pounds of cabbage. 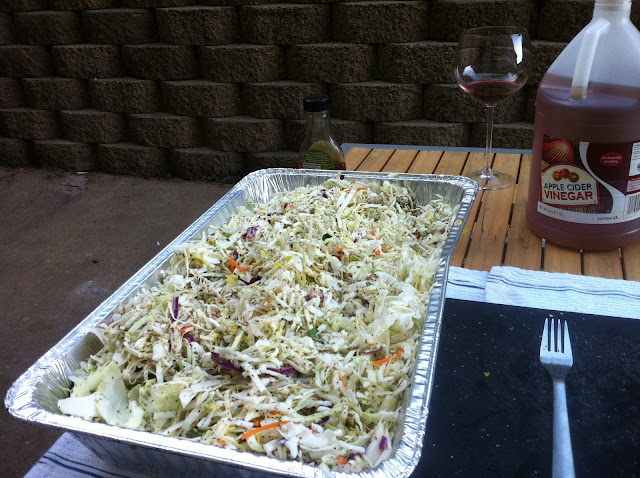