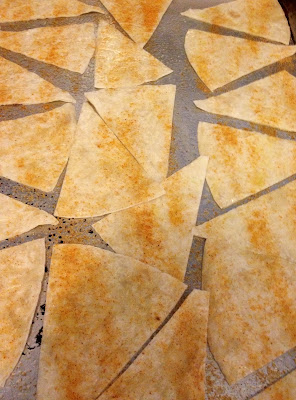 Leave it to privileged caucasian Americans and their beer companies to turn someone else's commemoration of the causes of freedom and democracy into yet another drunkards' carnival. I suppose that the co-opting of of Cinco de Mayo was inevitable since by May 5th it has been weeks since the streets were fetid with fratbilly puke following the shamrock shit shake of St Patrick's Day. In the spirit of "diversity means dressing up as a stereotype of another culture and putting on a drunken shitshow" I present to all of you honkies y honkitas something to put into your stomachs tomorrow besides mixto tequila and cheap beer. 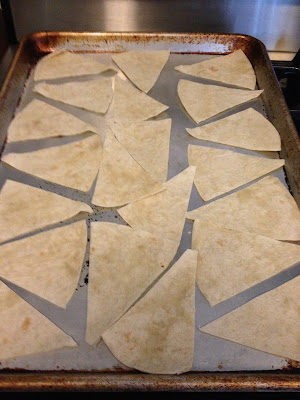 You start with tortillas. Corn. Flour. Whatever they have at the store. Just be sure to get the smaller ones you'd use for tacos if you could make a taco. NO, not the curvy, crunchy ones. The flat, floppy ones. Cut them like little slices of pizza and put them on an oiled cookie sheet you borrowed from your mom. While you do this your oven should be heating to 350 degrees. No, not the microwave. 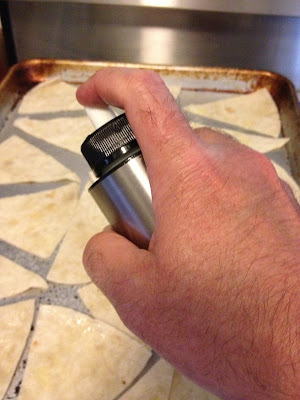 Next you'll need to oil up the top side of the chips with a combination of canola oil and lime juice. I have this handy spray thingy for that purpose. You can brush it on, lightly, if you have a food-safe brush. If not, just rub a little on with a paper towel or something. No paper towels? You can get those from your mom too. And don't forget, Mother's Day is coming up. No, you shouldn't dress like your mom and get drunk. 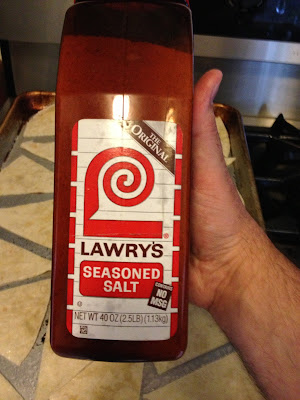 If you don't already have Lawry's Seasoned Salt around the frat, get some. Mom might have that too. Sprinkle it on your chips until they look like the picture at the top of the page.

Put the baking sheet of chips in the oven for 7-15 minutes. The chips are done when they are crisp but not burned. Pay attention. 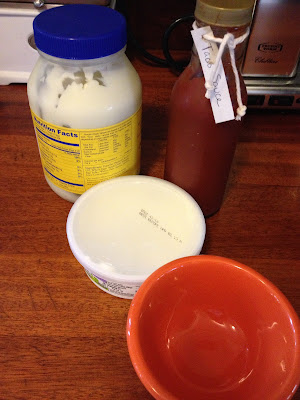 Finally, the dip. I KNOW that you have sour cream, mayonnaise and cheap taco sauce in the fridge. Mix them together in a bowl. Put that bowl next to a bowl filled with your chips. Open some beers and hope that a few ladies show up. Eat. 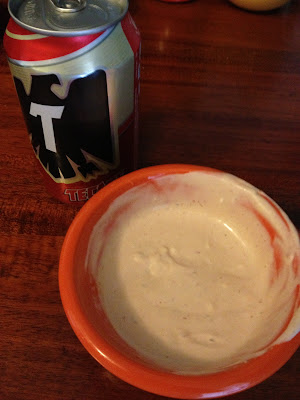