In A Pickle: Ginger

I've been pickling. At the same time as I had pickled garlic and jalapeños I also noticed that I had a bit of old ginger in the refrigerator. While most recipes call for young ginger I knew that the old ginger would pickle just fine. Why waste it? That's part of what pickling is about, after all.
Did you know that the best way to peel ginger is with the tip of a spoon? Neither did I. Thanks, Interwebs! The skin on ginger just looks tough. The spoon slides it right off.
Next, I shaved the ginger into thin slices on the mandolin. Then it was time to blanch the ginger slices for 30 seconds* and then mix them with equal parts Lev's Original Green Tea Kombucha Vinegar and rice vinegar. A touch of Wild Mountain raw honey sweetened the deal.
After it was mixed well I put it all into a small jar and stuck it into the refrigerator. I'm letting it sit for a bit but I did sneak a bite. So good, and no pink dye and excess sugar I'd get with commercial pickled ginger.
I'll report back once it's sat for a while and the flavors have really married.
*Put into boiling water. 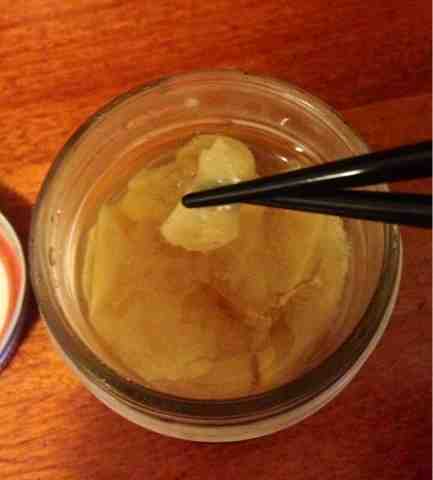 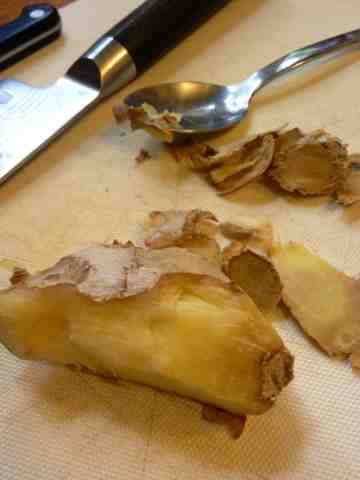 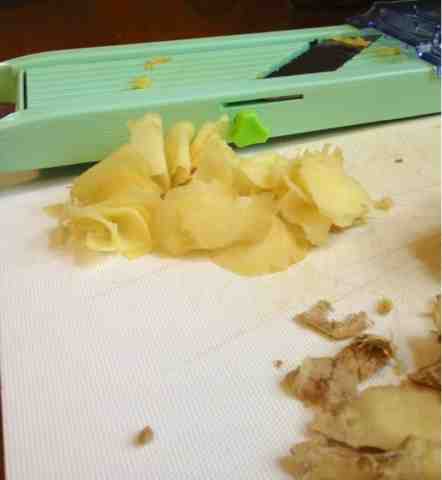 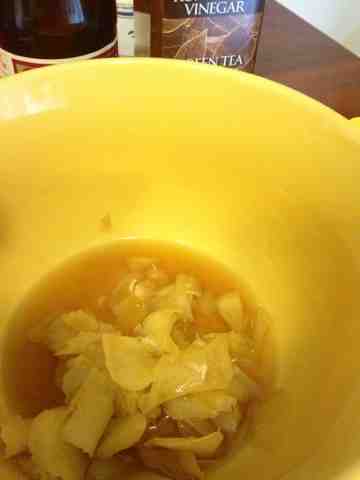 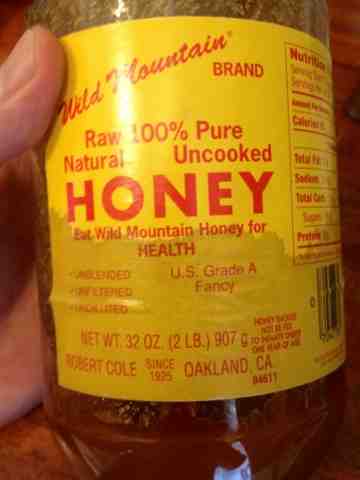 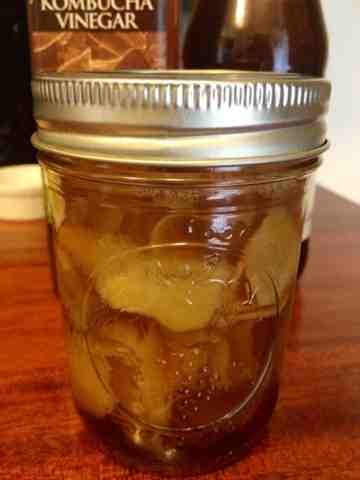