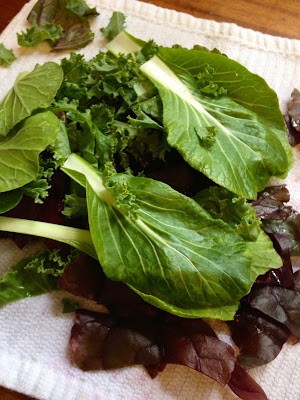 So many of the foods that we love today came from the necessity of not wasting food before modern storage and refrigeration. Kimchi has the added advantage of being a fermented food, giving our guts some healthy bacteria in addition to its nutrients and to saving some cabbage for later.

I had some bok choy in the garden that was in need of eating or storing but I also had some kale and other greens. Hm. Beet greens, kale and bok choy in a kimchi style preparation might be alright and more interesting and nutritious than even the usual napa cabbage version. A Google said that others had tried kale kimchi but the greens had turned out chewy. 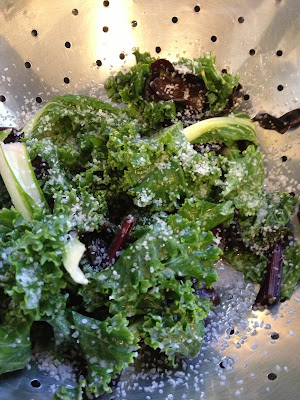 I knew that greens were being served all over and that meant that something was being done to please the genteel crowds for whom the nature of greens was too indelicate. I looked at what restaurants were doing with greens in salads and discovered a couple of different methods. One involved coating them in salt in the fridge and another involved massaging the greens with salt and an acid for a few minutes. Since part of the kimchi process involves salting the vegetables I combined the two. First I salted the greens in a colander and placed the colander in a bowl. 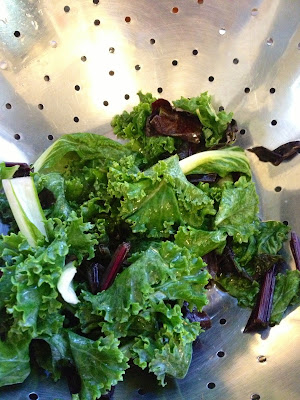 After I'd let the greens sit in kosher salt overnight in the fridge I massaged them in white wine vinegar and salt before rinsing them and coating them in Huy Fong's Sambal Oelek chili paste and, going a little further off of the traditional path, Basque fish sauce. 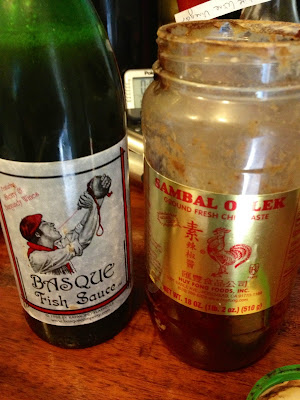 What to do next? Should I bury it? Should I put it on the counter? A little consult with the local weather, which was going to be hot, and a query to 99% Bittersweet told me to put that jar in the sun. 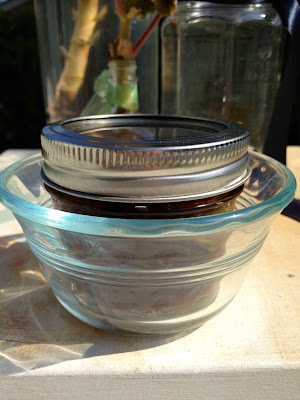 Bittersweet told me to watch for bubbles, which would mean that the fermentation had begun. The first bubbles arrived the following day. She also told me that more bubbles meant that the kimchi would be more sour. I wanted it a good bit sour so I let it go in the sun for five days. 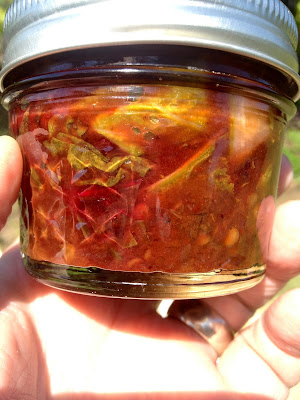 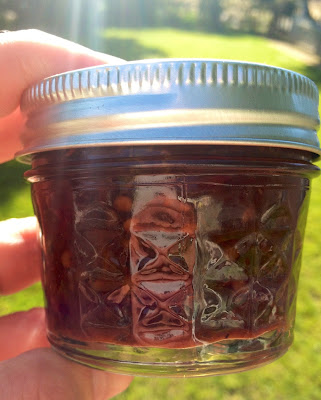 When it was good and bubbly I tried it out. 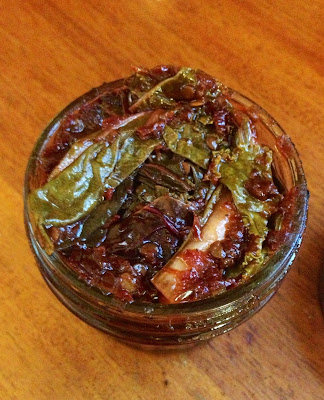 It looked pretty and smelled great. Next I had to see how it tasted. The first bite was unfortunate. Being so close to the lid had imparted a metallic flavor that was not fun. Removing the piece of offending bok choy I eagerly pressed on. 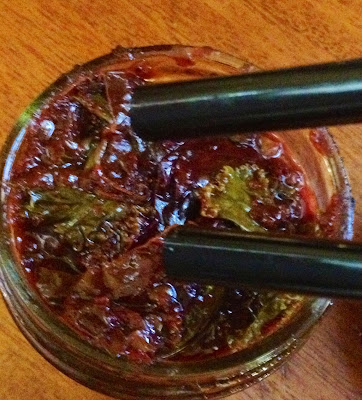 The next layer was Kale. Would it be chewy? Metallic? 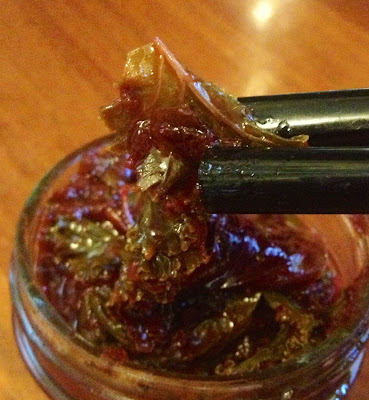 It was great. Salty, sour and oh-so-spicy hot. It was even a little sweet, which was likely the fish sauce talking, and the bite wasn't any chewier than the napa cabbage kimchi I'd known and loved. Next up were the beet greens. 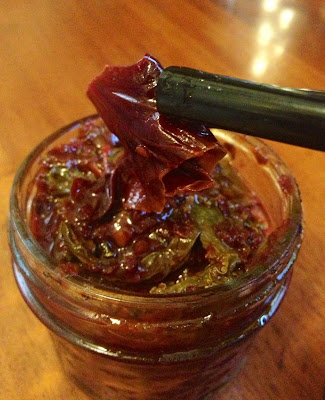 They were just as delicious and not at all tough or chewy. I'd call this experiment a success. When I've finished with this batch I'm going to do a larger quantity with even more variety. Something so delicous and easy is alive with possibilities. There are hundreds of varieties of kimchi in the world. Make one to call your own. 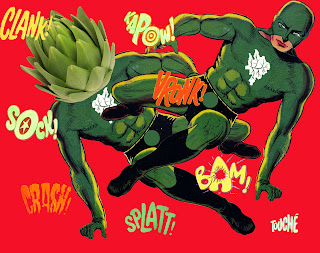