The sign was stark and plain: Russian Bakery. It was roughly a block from a shuttered movie theatre under grey skies and rapidly blowing, low hanging fog.

Forget the usual joke ("...in Soviet Russia sign hangs you?"), this had a more Gorky Park, The Russia House feel to it (William Hurt or Michelle Pfeiffer grimmacing against the grey skies... and Sean "I'm a Russian sea captain, as you can tell by my thick Russian brogue" Connery who is skipper to Красный Октябрь in March of 1990 and courting Katya Orlova in Moscow in December of that same year (on the big screen at least).

Surely as stunning as the fictional Katya was the comely red-head working the counter at the Moscow & Tbilisi Bakery Store in San Francisco's Richmond district.

I asked her what her favorite pastry was, motioning toward the piroshkies (not to be confused with perogies, a dumpling, piroshkies are like meat and cheese stuffed savory fried doughnuts). "This one, with meat and cheese."

I just wanted to prolong the encounter, so I could smile and nod and gaze into her captivating green eyes. Maybe she was Georgian (country, not US state), because she encouraged my friend to buy a quart of Georgian lentil soup.

Wherever she was from must be a land of magical, beautiful green eyed people silhouetted against grey slavic skies. The appeal of Lyndhurst, Ohio all of the sudden made sense, as it could be the scene of Cold War era thriller: grey, green and blue with towering public housing and huddled бабушки trudging through sleet and snow.

That said: just like the the tired cliché of "car drives you" the idea that eastern European women are warty, lumpy hags is a bon mot that should have died with the Berlin Wall. Slavic women are beautiful, and I am a fan.

I foresee having a sudden need of a loaf of black bread every week. 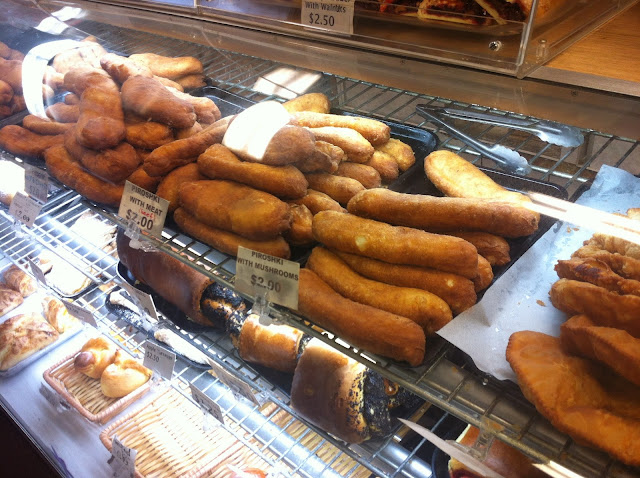 The piroshkies pervade everything they touch with the magical scent of onions cooked in schmaltz. I made quick work of the meat and cheese piroshky as recommended by our green eyed Georgian (or Lithuanian, or Latvian, or Ukrainian, or Uzbeki, or Polish or even Russian). *

I picked up a quart of Ukrainian borscht and the ubiquitous loaf of black bread that would feature heavily in my breakfast of black coffee and salmon roe.

I veered away from the numerous sweets. One could fall into a diabetic coma just walking into the place. 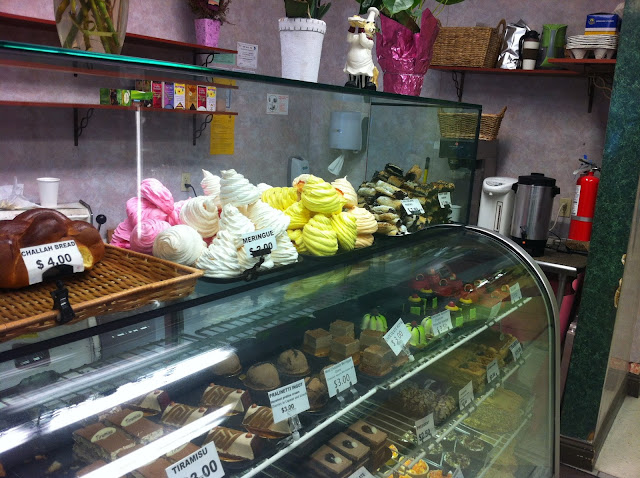 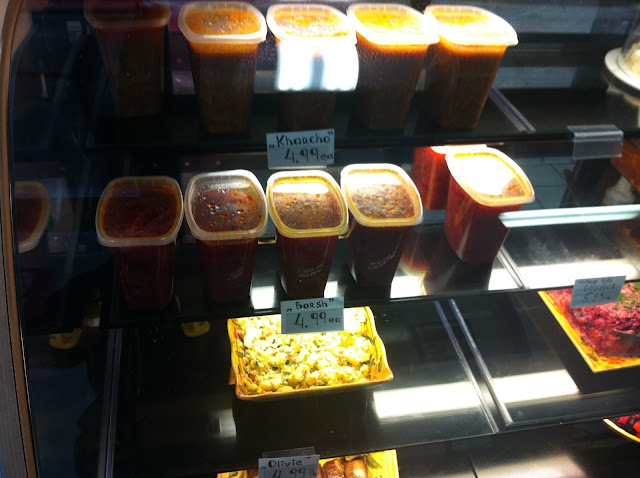 The cold fog of the Richmond immediately made me yearn for the hearty eastern European soul food I grew up with on the shores of Lake Erie, and I thought of the words of Captain Ramius telling Jack Ryan how he would fish with his uncles and grandfather on a similar river, then, waxing nostalgic:


Captain Ramius: "... and the sea will grant each man new hope, as sleep brings dreams of home." Christopher Columbus.