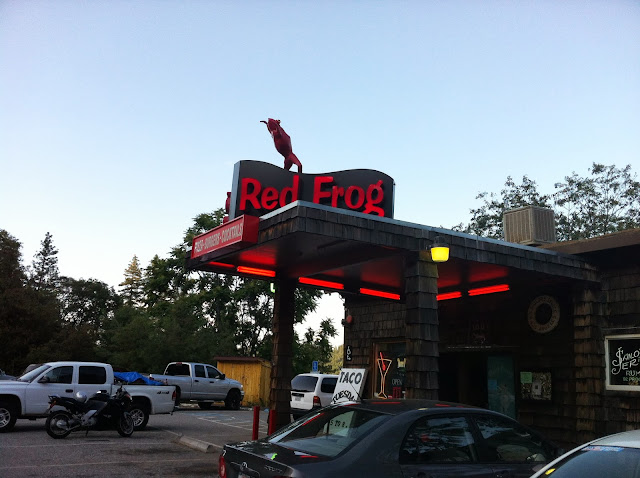 Should you ever find yourself in Colfax, California... first, ask yourself, "why am I in Colfax?".

Colfax is one of the stops between Sacramento and Truckee along both Amtrak and Greyhound bus routes that eventually wind up in Reno, Nevada. I took the train to Sacramento and the bus to Colfax recently for a weekend get-away in the Tahoe National Forest west of Lake Tahoe, nestled in the western Sierras.

I didn't stay in Colfax for long, but I did stay long enough for a beer and some pizza.

My friends were nice enough to meet me at the Colfax Amtrak Station, home of the Colfax Historical Museum and Chamber of Commerce.

The station is named after Representative Schulyer Colfax, then US Speaker of the House (first a Whig, then a Know-nothing and finally a Republican - an impressive series of contortions that one might liken to be down-right serpentine). Colfax would go on to be Vice President under Ulysses S. Grant, whose presidency is perhaps most well known among those of us who paid some attention in high school history as being one of the most graft-filled in history. Of course, at the time I had not yet conceived of Lehman Brothers, Enron or Goldman-Sachs.

The period that followed was one of unprecedented growth, and a widening income gap between captains of industry, their pet political machines and the lower classes.

Colfax Station is called the gateway to the Sierras. It is reportedly the location of the first ever stage coach robbery in "gold country", and locals like to point out that the town was a den of vice and criminality in the days of the wild west.

On the way up to the station they passed by a saloon called The Red Frog advertising "a view".

"We have to stop there!" exclaimed my friend who we will call Alice. Her man, who we will call Ted, was in agreement, and so soon we stopped to have a pint of local IPA (what is it with NORCAL and IPA?) and a pizza that probably went from the freezer to the oven (despite that, it was welcome sustenance for the road-weary).

Frog kitsch adorned every surface worth decorating, and the saloon was laid out like a western saloon one might see in a movie: wooden bar, a wooden deck and tables jutting out at odd angles. Low-set seating and a high, barn-like ceiling. The delineation between "outside" and "inside" was hard to tell if it weren't for the ash trays placed on the deck which was sparsely divided from the main bar area by a waist-high wall. One enters and exits the deck through western-style swinging doors.

We took up a spot on the far edge of the deck, overlooking the Rollins Reservoir.

It was quite a view, and definitely a big kitschy hunk of California's gold. 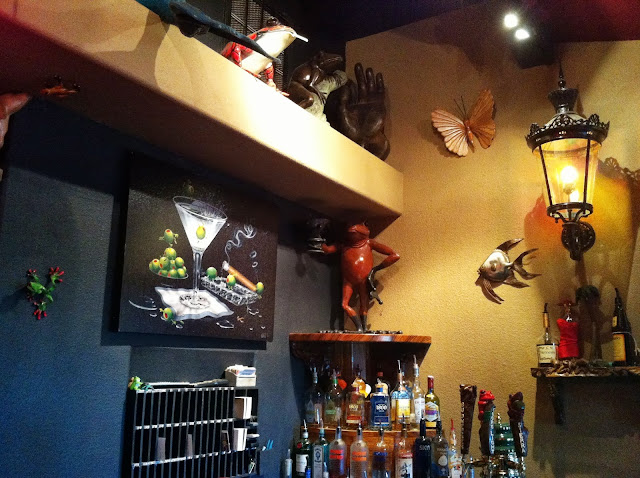 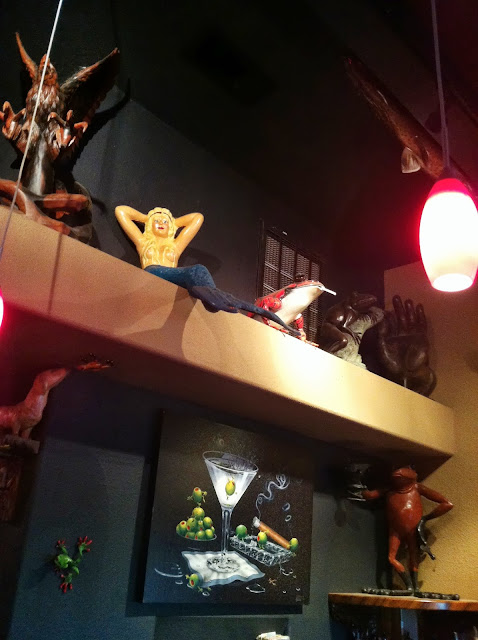