O'Reilly and Associates (or ORA Books, in industry short-hand) is a publishing company known to hundreds of thousands of geeks world wide. While their books have catchy titles like "High Performance MySQL", "Public Key Infrastructure and Design" and "Test-Driven Web Development with Python", the most popular books are often referred to by the animal avatar depicted on the cover.

Ask any geek about the camel book and he will know that you are talking about Larry Wall's definitive "Programming Perl", or the lemur book, "sed & awk"; crickets adorn the cover of "DNS and Bind", which was my first O'Reilly book that I hastily bought nearly 20 years ago when I was trying to figure out just what kind of a mess I had gotten myself into (professionally).

That your browser even loads a web page when you type in an address (do people even do that anymore?) is as much a miracle of science and innovation as it is that people like me read the manual and make the tubes work. One essayist likened this sort of technical work to plumbing, and I tend to agree.

In the interest of professional development (and because my turn had come up) I attended O'Reilly and Associate's "Velocity Conference" last week in Santa Clara. The focus of the conference was on improving performance of high-availability websites and exploring new web technologies.

I, of course, took pictures of the food. The food was surprisingly good. 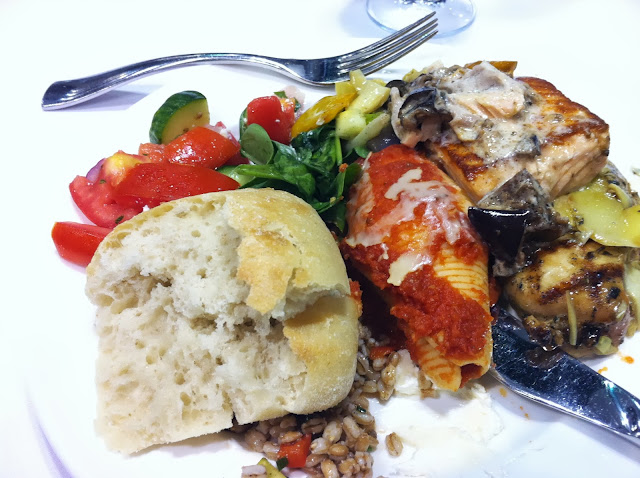 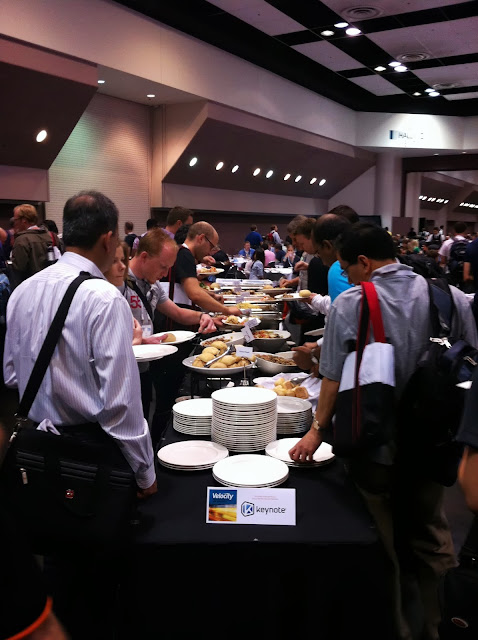 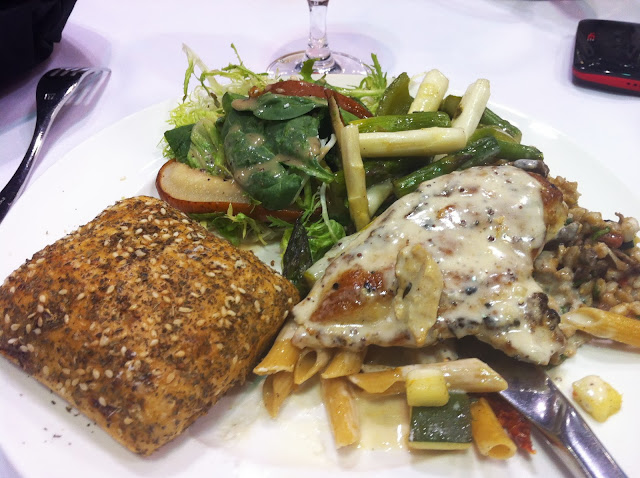 Look closely and you'll notice the wild barley risotto, even closer and you might notice the penne is slightly darker in color than normal. That's because it was a whole grain pasta.

Is this a sea change in demand? The stereotypical sysadmin is famous for eating more like Paula Deen than Michael Chiarello, and yet here we have it: whole grains, fresh vegetable. It is more and more likely that the modern sysadmin is also a cycling enthusiast or krav maga fighter or rock-climber or hockey player.

Down the road at various campuses in Silicon Valley tweaks are being made in the cafeteria menus as well: chips, candy bars and soda are disappearing and being replaced with fresh fruit, nuts, yogurt and unsweetened iced tea. Fried foods are disappearing from corporate menus faster than Paula Deen is disappearing from the Food Network (zing, pow!). Google, Yahoo! and Microsoft all sponsor employee fitness programs, gym memberships and incentives to live a healthier life.

That's why it was not so surprising to see healthier food choices at a conference where the attendees would have otherwise just eaten pizza and beer for lunch (note: the adjacent Hyatt makes a passable negroni).