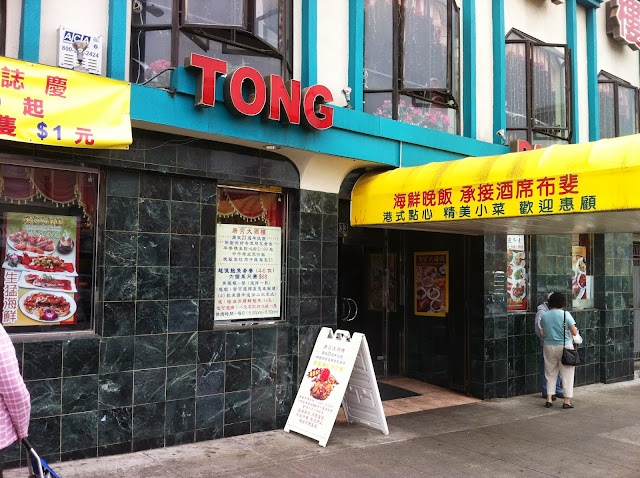 Welcome back to the Inner Richmond. When we were last here, we were gritting our teeth in the wind and thinking of Captain Marko Ramius.


Of course, the Russians are not the only ethnic group prevalent in the blue-collar, grey skied Richmond. The neighborhood is also a large enclave of Chinese-Americans.

Everyone knows about San Francisco Chinatown. Many people who live in San Francisco also know to avoid it, just like San Francisco residents avoid Fisherman's Wharf and hanging out in San Mateo.

(San Mateo is a lovely town. Pleasanton, on the other hand...)

"Dude, come to dim sum," Deth Veggie tells my face after I have finished sweating out last night's hang over at the gym.

"I'm trying to save money," I say, which I should have told myself last night after beer number three.

I was pretty sure I had no chance of backing away, no matter how destitute I claimed to be (the rent's too damn high!).

I went home, showered, looked at my empty refrigerator and was glad I accepted this offer.

Later, walking down Clement, I knew we'd come to the place when I saw the tacky yellow awning, Chinese writing and complete lack of Caucasians (truth be told, this being the Richmond, actual Caucasians from the Caucasus Mountains were likely near by).

And of course, the checklist of things to look for when eating ethnic, especially Asian cuisine: 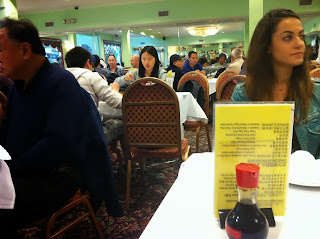 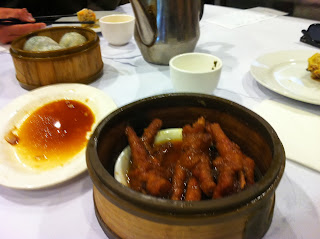 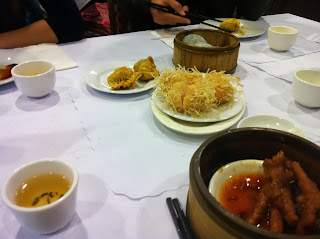 By the time anything green showed up we had already stuffed ourselves to the gills with dumplings (and I with chicken feet, which my compatriots graciously left alone).