Good afternoon. It might be a while before we can communicate with you again, now that Senator Dick Durbin is requiring journalists be licensed by the government. We think our journalistic bona fides speak for themselves, but there was that one time that I time I was talking to a friend on the phone and I said that Dick Durbin looks like he should be named Chester the Child Molester and, well, the NSA has a log of that...

...Anyway, my application at the Ministry of Glory to Dick Durbin Most Esteemed The Government Is Great Bureau of Journalism is being held up for some reason.

(I hear it's because Durbin has to personally approve each license, and he's not so good with computers. The files are "in" the computer, Dick.)

Hot? Yeah. Some heat going around the country, eh?

This week I'm going to hip you to something... magical. It's called the Herra-Squirta. That's your cocktail of the week. Run, don't walk.

If your bar doesn't stock Squirt, it ain't classy enough.

I think I'm going to go get one myself... I'll have plenty of free time while I wait for Senator Durbin, the most kind and honorable, handsome and benevolent, to decide my fate. 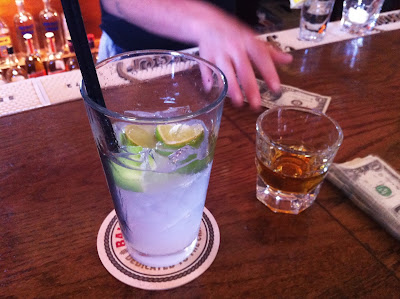