AGF and the Great Dane (a 80 pound 6 month old) both eyed me suspiciously as I went into full on Huell Howser mode after passing a chicken farm in Petaluma with a sign boasting that it had been featured on California's Gold.

"That's amazing! Will you look at that?" On and on I went as we wound through foggy roads punctuated on either side by green grass and grey granite boulders down toward Dillon Beach in Tomales Bay.

We were going to meet with a group of Great Dane owners and frolic around in the Pacific fog on the beach. Seeing an 80 pound puppy dwarfed by an adult dog twice his size is really quite something.

Once we were certain he was good and tuckered-out we made our way back inland, eventually to head back to the city but not before stopping for lunch: beer and oysters.

What else? We were in Tomales Bay -  to not dine on that most revered of bivalves would be a sin of omission.

I have not done a bunch of investigation about the Drake's Bay Oyster Farm closure and unless I am given a pretty damn good explanation as to why the farm should be closed I am for keeping it running. Oyster farming is one of the best forms of aquaculture, and oysters are delicious.

Tomales Bay oysters come primarily from the Tomales Bay Oyster Company, naturally. At the William Tell House half a dozen on the half shell will run you a relatively steep $14 (tourist prices), but the oysters are quit sizable.

For myself I prefer smaller, sweeter oysters. If I had more time and inclination, I could probably buy direct from the farm but then I would miss the chance to experience the William Tell House, Marin county's oldest saloon. 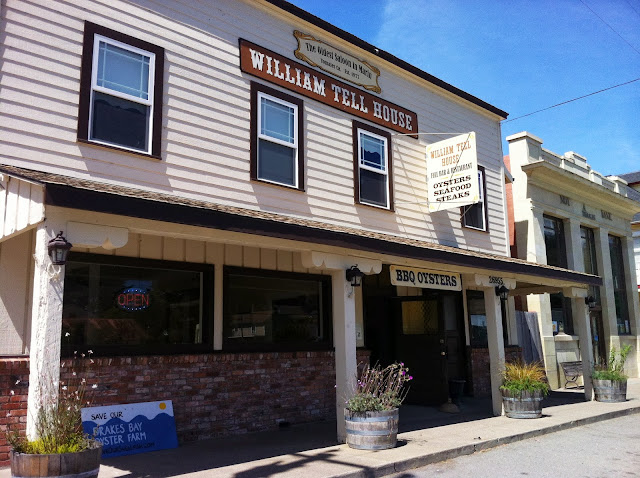 The William Tell House was originally built as a pharmacy and boarding house in 1877. Beside a list of previous and current owners and some details (the house burned down and was rebuilt in 1920 and remains standing in that incarnation today), not enough juicy details are on the web site - we suspect the house has "history" and will have to do some investigating next time we're in Tomales.

The saloon is open for lunch and dinner and can host large parties (call ahead).

I can hear Huell now, "golly that's a big oyster! And look at the size of these dogs! That's amazing!" 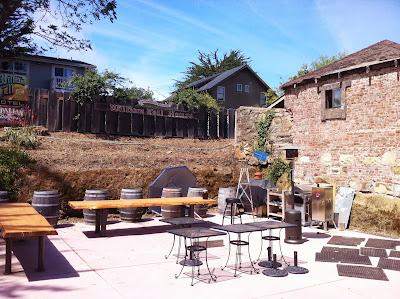 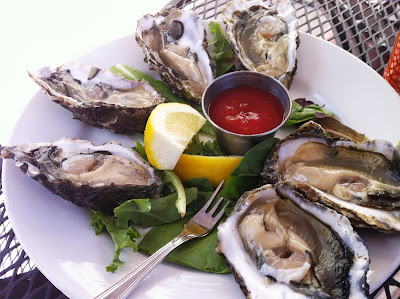