Fitness: Coming Down the Mountain

So there I was, about 1100 feet down from my maximum elevation of about 8300 feet above sea level when we got to the lake itself. The lift up the mountain costs a touristy $32, but there are often deals on passes (we used free passes this time).

The going so far had been on the moderate side of the moderate to difficult trail rating. According to my Up Band I had gone about 7600 steps all day (so give or take 6000 steps from the trailhead at High Camp in Squaw Valley Olympic Resort).

I have several disadvantages working against me: I am out of shape, and only just starting to get myself back in shape. I have a trick knee, a congenital problem with a weak medial collateral ligament that was corrected by weakening the tendon's lateral counterpart when I was a teenager. I am overweight, and supporting that weight as you lower yourself in a controlled manner over rocky, steep terrain started to take a toll after only 90 minutes on the trail.

With most of the ground distance behind us -- just over two of the nearly four miles of the trail -- the steepest grades were still ahead of us.

At one point when we were stopped, perched on a granite rock face, I realized that beside my companions I was completely out of sight of any sign of civilization in any direction. My feet pounded inside my shoes.

"Hey you guys remember that one MacGyver episode where he has to climb a mountain to place a pair of bald eagle eggs into a foreign nest, and the woman he's with wants to take off her shoes but he's all 'no no no, you'll never get them back on your feet.'"

A 747 at high altitude cut across the sky leaving a contrail bifurcating the pristine blue. I was reminded that "take-offs are optional, all landings are mandatory." I soldiered on.

It would be another three hours before I reached the trailhead, and some time during that period I burnt my 10,000th calorie for the day.

"Get the car," I wheezed, no longer to able to support all 26 stone of me (look it up). I collapsed onto a nearby boulder (made of dissolved granite, which inspired Walt Disney himself during the 1960 Olympics and became the model for the Big Thunder Rock Mountain). I was covered in dust and sweat and hurt from head to toe.

But I had done it, and maybe next year I'll be crazy enough to do it again.

And I didn't feel too guilty about breakfast, an egg and sausage croissant from Tahoe House... 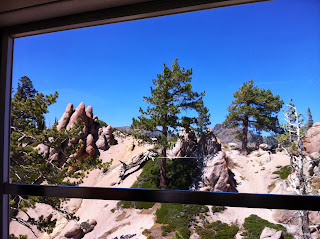 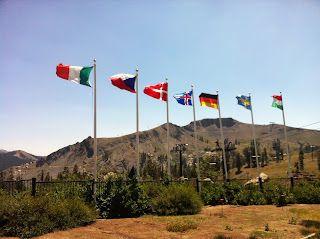 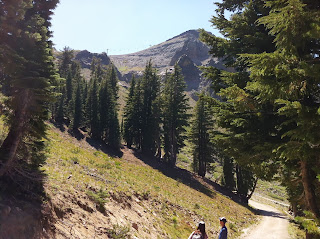 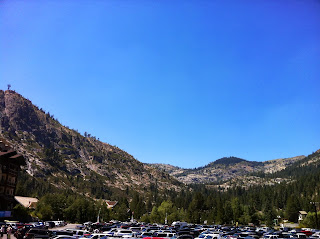 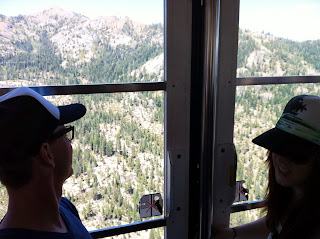 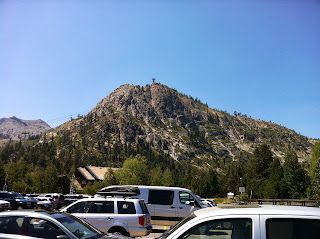 Up Band by Jawbone