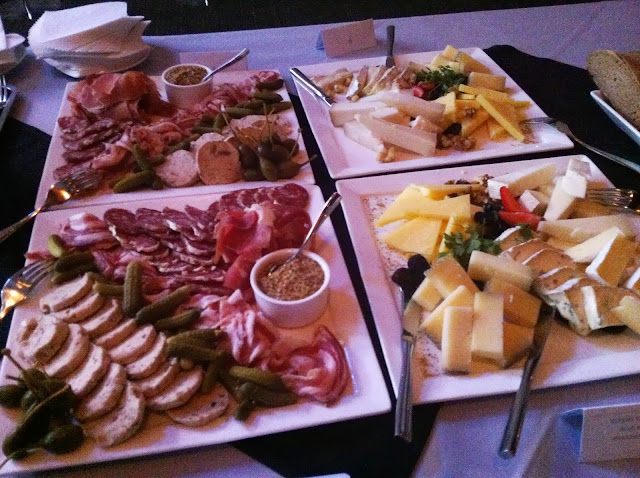 Cousin Dan from Knoxville called me a week before VMWorld 2013 US (hosted at the beautiful Moscone Center) to explain in his delightfully unapologetic Tennessee twang that he would be driving up the coast with his wife and he would love to have dinner with me.

I had already subjected my Aunt (Dan's mother's first cousin, for those of you playing Chowbacca! genealogy at home) to Incanto on a lark, which was a lot of fun (for me). Still waiting for your response to the "Inside the Chef's Studio" challenge, chef Cosentino...

I struggled for a few days wondering what I would do ("...no sushi..." was the order of the day, knocking Yo Yo Restaurant out of contention). Then it hit me - Twenty-Five Lusk had recruited Nathan Sheeran to return to his role as their assistant general manager, and they were conveniently close to Caltrain (Dan and his wife were staying in South City, and I work in the South Bay).

Twenty-Five Lusk it would be.

Dan, his wife, myself and Nathan's brother (full disclosure, my elementary school classmate, or, as Nathan likes to put it: "I've known Chris since I was 2!") had drinks and dinner the Thursday before VMWorld, with Nathan working the table.

"Nice to meet you, Dan. I see you're in Giants orange... although I realize it's probably Volunteers orange," said Nathan.

"Oh you follow U of T sports?" said Dan, surprised.

"Oh sure, I studied sports journalism before getting into the restaurant industry," said Nathan, followed by 10 minutes of statistics and conjecture exchanged between Dan and Nathan while everyone else looked on in awe.

As the meal drew to a close, Nathan stopped by again to check in. "You said you were in town for VMWorld? They have a private event here next Tuesday, you should come."

Dan couldn't make it to the event (one of his company's vendors wanted to personally take Dan out for dinner - "flexing the corp AmEx" as it were). I "borrowed" Dan's credentials to sneak past VMWare's welcoming party and winked at Nathan as I moved into the lounge.

I'm not sure where Dan ended up eating, but I bet I had the better food that night.

I arrived early, so I sat at the upstairs dining room bar with the other early-comers. A fellow working for the DOD in Washington, DC, another fellow in biotech and a manager from a very, very well know signing authority (the agencies that authenticate your secure-socket layer certificates, sort of a digital notary).

I had a $12 glass of Argentine malbec, the conference attendees went for stronger stuff (flexing the corp AmEx, perhaps?).

When we were finally allowed into the downstairs cocktail lounge, where this meet-and-greet was held, many of us first fueled up at the open bar, then, as nerds do, found corners of the lounge to open up our laptops and work.

An even coordinator for VMWare mildly chastised each of us as they moved around the room introducing, shaking hands and handing out cards.  For those of you watching FX's adaptation of "The Bridge", imagine a room full of Sonya Cross being glad-handed by a couple of Jerry Maguires.

I found it slightly amusing.

"I promise I'll socialize as soon as this push is done. Deadlines, you know what I mean?" I tried to reassure the VMWare representative, for no good reason other than a pathological desire to smooth over social situations.

Luckily a break in the work came and I could graze and schmooze - or at least attempt to shame people at the bar into tipping a dollar or two for their free drinks ("...hey, for some reason that guy seems to get his drinks quicker than the rest of us, and he's tipping. Coincidence?"). 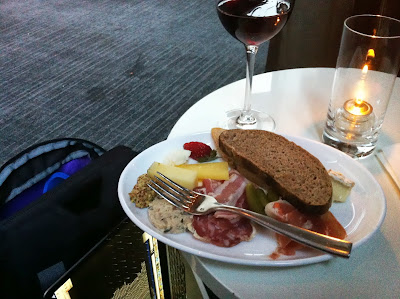 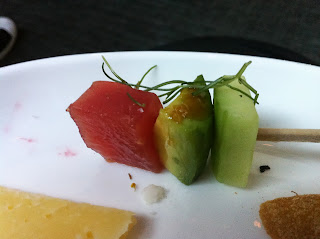 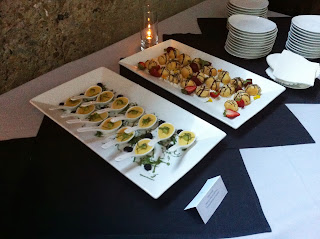 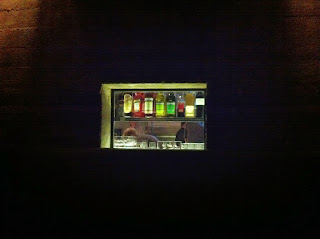 Come for the charcuterie and stay for the lobster roll. If you get invited to a private party at Twenty-Five Lusk, run, don't walk.

And be sure to tip your servers.