Not long ago this very same blogger was frying up a some tilapia for fish tacos.

The tilapia is fried in fat or lard after being dusted with a blend of flour, spice rub and salt. The fish is cut into chunks and put into a plastic, sealable to-go container and given a vigorous shaking.

The to-go container is handy because not only can you shake-and-fry, but you can dredge large pieces of fish, or slices of liver, or zucchini, or green tomatoes for frying.

The fish had been fried, yet there remained plenty of left over flour mixture. Throw it away? That would hardly be frugal. But what to do with it?

The answer came to me one night, after a couple of adult beverages (probably more than a couple), as I watched a pair of fruit flies eye my precious red tomatoes with their hundreds of eyes.

I give you Fried Red Tomatoes, in honor of the End of Tomato Season: 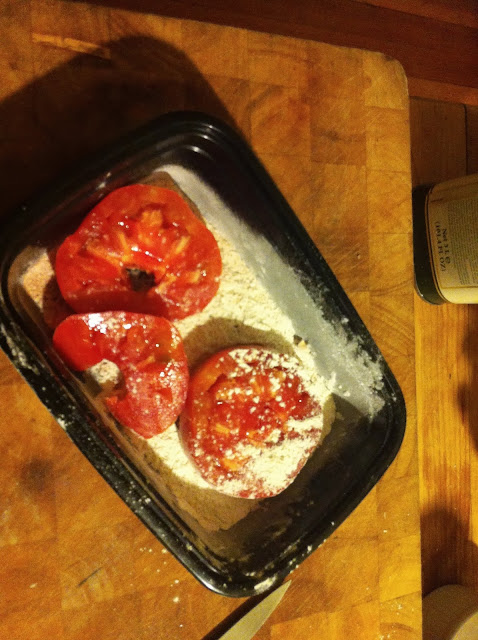 Fried Red Tomatoes:
Be sure to have a working spatter guard or you will end up like me, with a few nice spatter burns.

Fry in hot oil until GB&D (golden, brown and delicious) and serve with a fried or poached egg, perhaps atop polenta or grits. 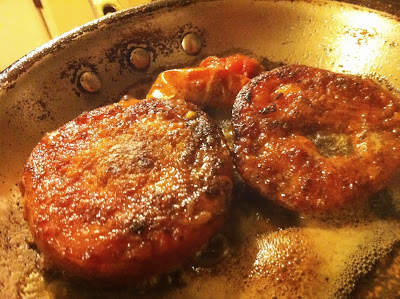