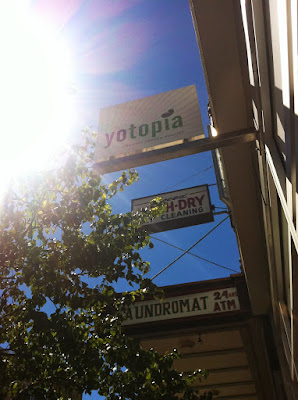 Even in San Francisco, when we smugly drink iced lattes in late September while the rest of the country gets rapidly colder and hunkers down for football season, there is a chill in the air.*

That said, here's one last glimpse of glorious summer. Remember, Cleveland, this is what's waiting on the other side. Bundle up, grab someone you love, spike your hot apple cider with a generous amount of Maker's Mark and look at this picture: 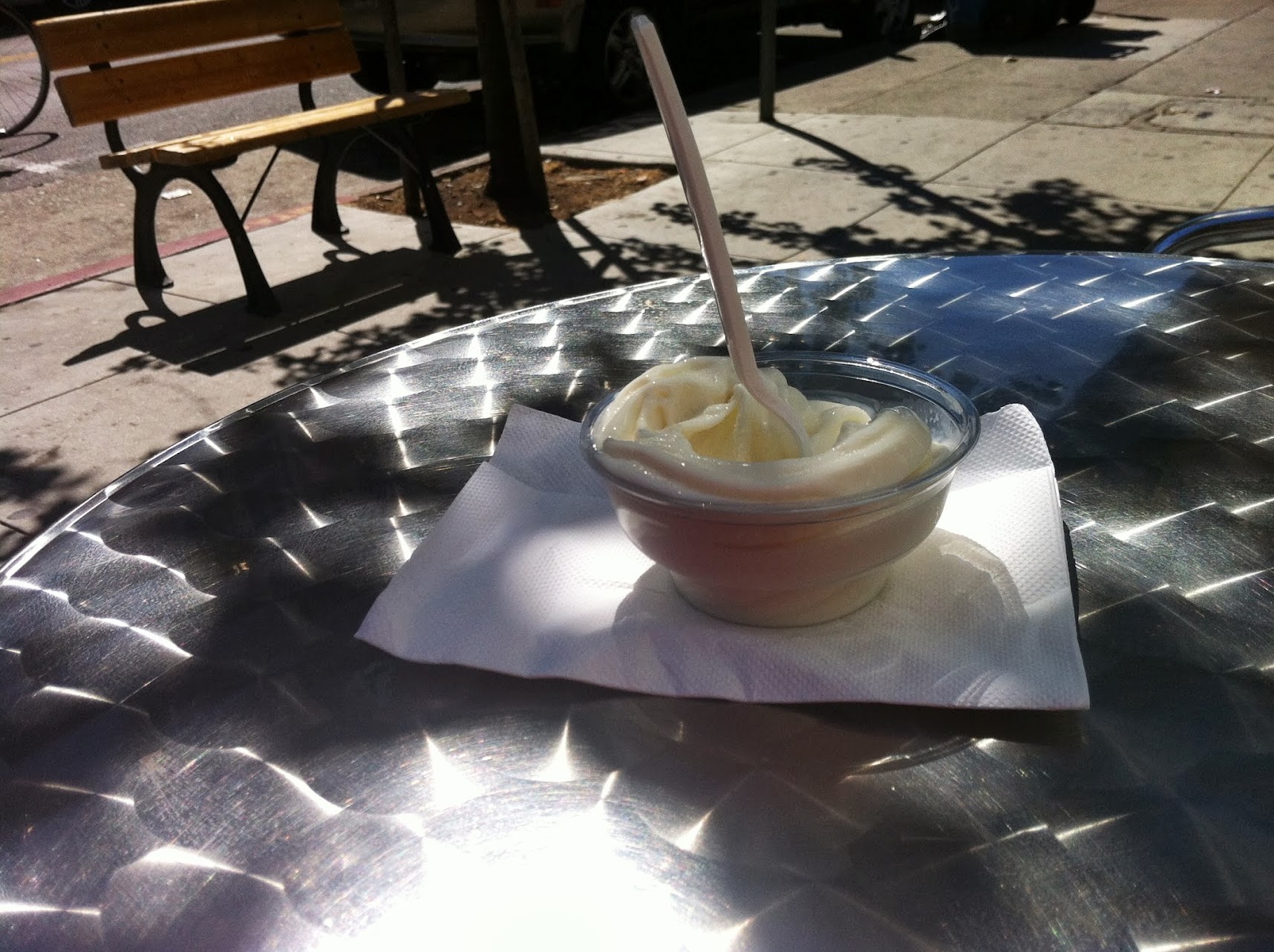 Yotopia is located on the restaurant alley on 22nd Street in San Francisco right around the corner from my (shout out) bike shop, Valencia Cyclery.

Pro-tip: 22nd Street is the flattest straight shot across town to Potrero. In a city with so many hills, many of these flat routes are canonized. Turn on safe-search and look up "The Wiggle San Francisco".

No matter what time of year it is if you've been working up a sweat dodging San Francisco drivers (but NOT going up those damn hills) there's always time to stop and hella eat some fro-yo, yo.