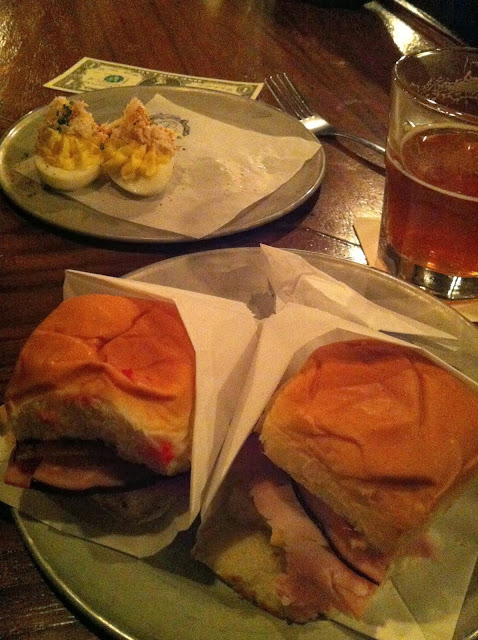 I can't sleep, I have a song stuck in my head.

The fictional presidential race is in full swing and Travis Bickle can't sleep either.

David Lindley slips into the final solo of Late For The Sky after a typical Jackson Browne piano vamp as teenage couples forego leaving any room for Jesus in black and white, Dick Clark looking on with his plastic smile.

This is enough for Bickle, who in a fit of pique shoots his TV, and so begins his fugue that will eventually lead him to the film's final bloody confrontation.

"I wonder if Bickle died in that room, and the denouement is just a dream," someone asked me recently.

"Interesting question. I have seen the movie at least 50 times but it never occurred to me that Bickle doesn't survive. I always wonder what becomes of poor Iris, shipped back to Indiana prematurely aged beyond her years. I wondered how long Bickle has before he snaps again."

And so this is how Late For The Sky has been stuck in my head for over a week, Lindley's warmly sparse slide guitar reverberating as I lay awake.

I was not even one year old when Travis Bickle went into his celebrated fugue state. I had many fugues of my own to come that I had not yet conceived of.

My father, of course, had all the early Jackson Browne on vinyl. I don't know if he was a fan of Scorsese, but he did have the album "Late For The Sky" and I think of him and Browne and their ridiculous side-burns (when dad still had hair on the top of his head) whenever I hear Jackson Browne.

I think of the picture of him holding me, unaware that in fictional New York, Bickle was out there burning the midnight (or midday) oil. I think about the palette of Scorsese's New York - it's the palette of the 1970s: puce and ocre and burnt sienna. I think about the green carpet my grandmother had, and her brown couch, and her green Plymouth that handled a little like a sailboat going down the streets of Akron in a neighborhood that changed in front of her eyes over the course of 50 years.

She had a TV not unlike Bickle's, not the one in the living room, but a smaller one she kept in her basement along with her washer, dryer, clothes lines, folding chairs and canning supplies.

In the summers I'd spend the weekend at her house, eventually joined by my little sister and later little brother. There we would eat popsicles in the withering Akron heat and watch as MTV revolutionized music (the neighborhood an early test market for coaxial cable television).

Of course, grandma 'Dred (as her children teasingly called her, short for Mildred), was deeply faithful and would often change the channel to local televangelist and toupé model Ernest Angley.

We didn't mind. Mildred would placate us with various food items, many of which came from out of a can (a child of the Depression in the rural South whose culinary proclivities bend toward supporting the war effort long after the utility of Oleo, SPAM and canned cooked green beans had fallen from fashion during the prosperity of the 1950s and 1960s).

Canning was something grandma Dred enjoyed. A few modest vines of concord grapes trussed to an old wooden fence in our backyard in Shaker yielded a couple laundry baskets full of sun sweetened fruit. Mom, grandma and us kids in our bare feet would harvest when the days started to shorten, dodging yellow jackets that came to feed off the buffet of aphids and other pests. Circle of life.

Canning grape jelly was a day long operation At the end we'd have about a case of jelly sealed in Ball Jars, a layer of food-safe wax as an additional buffer from the elements. I am told that a few jars of this stuff may yet survive, in some corner of my aunt's root cellar, now more than two decades after grandma Dred shuffled off this mortal coil. 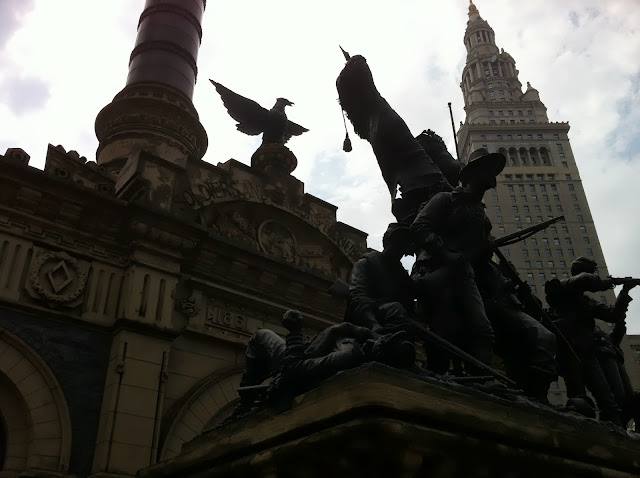 Now and then she would take us to church, a responsibility our parents willingly (gleefully?) shirked, and her grape jelly would feature prominently in Sunday's pot luck. Sweet dinner rolls would be split: grape jelly on one side, Miracle Whip on the other, ham in the middle. Maybe some deviled eggs (in church, no less!).

They may or may not have served that at her funeral, but I recall a spread of cold cuts, jelly, sweet rolls and the ever present Miracle Whip at the wake in her house. Green-frosted decorative glass bowls of hard candy, green carpet, brown couch. I slipped away to the basement... already showing early signs of social anxiety, weary from the attention of well meaning mourners... to be among the clotheslines and canning supplies.

When I had the sweet ham sandwich (honey ham, white cheddar, cranberry-pineapple chutney, hawaiian sweet rolls, 3/$6, 6/$10) and crab deviled eggs ($9) at Dear Mom last week I had a vision of grandma Dred watching as my dad and his ridiculous side burns bounced me in his arms and I heard Jackson Browne in my head.

It's been haunting me for days.

The sandwich is pretty good, too.